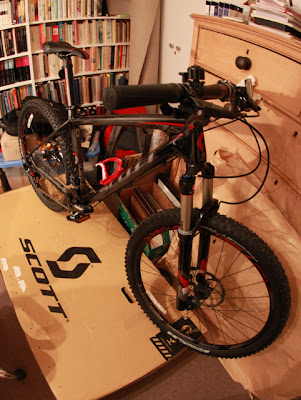 Press release about a potentially important development to improve road safety for cyclists:

1st May 2013
Cycle Alert- a market-leading innovation designed to help truck operators and drivers work together with cyclists to ensure better safety on the road - is about to launch.

Cycling has never been more popular and our roads have never been busier. Consequently, it comes as little surprise that the rate of accidents have also increased. As reported in The Mayor’s Vision for Cycling in London, published in March 2013, ‘serious accidents and deaths happen disproportionately in two ways: while travelling through the busiest junctions, or in contact with heavy lorries, particularly construction lorries. HGV vehicles make up only four per cent of the traffic, but have been involved in 53 per cent of cyclist deaths over the last three years.’ Cycle Alert has been designed to specifically address these issues, encouraging both HGV drivers and cyclists to take responsibility for making the road a safer place. And unlike other sensor and video systems in circulation, Cycle Alert is cyclist specific - tracking cyclists up to two metres in proximity. Cycle Alert also evades the‘white noise’ issue of existing systems indicating the presence of any object in the vicinity.

The Cycle Alert system does not just alert drivers to a potential risk in areas frequented by cyclists -Cycle Alert facilitates a direct warning from a cyclist straight to the vehicle driver.

The system has three elements: a unit that is fitted to the bicycle (or worn by a cyclist on their person or helmet), sensors that are fitted to the HGV, and a cab-mounted device to alert the driver. The three units work in sync to form a communication network between all parties, alerting the driver - with maximum advance notice - of a cyclist in proximity.

The in-cab receiver is designed to create minimal distraction for the driver, with a simple and audible ‘cyclist’ warning and a flashing light that indicates where the cyclist or cyclists are positioned near or around the vehicle. This allows the driver to react instantly and actively avoid any potential collisions.

Cycle Alert’s co-founder and the system’s innovator, Peter Le Masurier, came up with the idea after learning about the considerable impact of truck-cycle road accidents: both for the vulnerable cyclist and also the hard-hitting consequences for truck drivers. Peter explains: “There are currently no systems on the market that can tell an HGV driver whether a cyclist is close to their vehicle. This is where Cycle Alert comes in. Everybody needs to take responsibility for their own safety on the road. Cycle Alert empowers cyclists to make themselves more obvious to HGV drivers. I was inspired to develop this technology when I listened to an interview with a truck driver who have been involved with an accident with a cyclist - I recognised then that not one but two families are left devastated by such incidents.”

Cycle Alert understands that both haulage companies and cyclists will need to engage with the product to have a real impact on road safety. The system has already received approval from two of the leading names in the haulage industry: Eddie Stobart and Keltbray are early supporters of the scheme, and it is currently being independently tested by the Transport Research Laboratory (TRL). Cycle Alert is also currently fitted to an Eddie Stobart lorry and being demonstrated at the Met Police Task Force’s Cycle Safety Awareness Initiative at key London hotspots.

In order to guarantee an effective adoption of the cyclist units, each haulage company that signs up will receive a number of the cyclist units to distribute to their local community, schools, colleges and bikeability schemes. Although designed with HGVs in mind, it should be noted that Cycle Alert can be used by all vehicle users, with a view to making the roads a safer place. A unique, inexpensive technology, Cycle Alert is an indispensable product for both cyclists and drivers.

Cycle Alert for cyclists will be available to buy from cyclealert.com and nationwide retailers from September 2013.'
Posted by Jim's Loire at 00:15