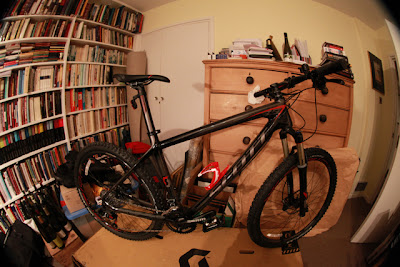 Round up of the second week in the Giro
Much has happened over the past week as is quite often the case in a grand tour but especially this one that has subjected the riders to much such challenging weather - cold and often torrential rain.

The week has seen Vincenzo Nibali take over and look very comfortable wearing the leader's pink jersey. His closest rivals are now Cadel Evans at 41 seconds and Rigoberto Uran at 2.04 Unless Nibali has a bad day Uran looks to be the best bet for taking the fight to Nibali, while Evans will hang in there though I doubt if he can break Nibali.

Bradley Wiggins gradually slipped from contention undermined initially by nervousness in descending in the wet. Then he failed to take significant time from his rivals in last Saturday's long time trial, though he did show very strongly in the second half. Finally Wiggins' hopes of winning the Giro were KO'ed by a lung infection and withdrew from the race yesterday. Also out is Ryder Hesjedal suffering with a mysterious illness and already way out of contention.

Last Saturday saw a first stage victory for Alex Dowsett, who won the time trial by 10 seconds from Bradley Wiggins. It was also good to see three winners from long breakaways - Alexis M, Adam Hansen, Maxim Belkov and Ramunas Navardauskas. Mark Cavendish has racked up another two stages taking his career total to 101. Certainly impressive but still well behind Eric Zabel's total of over 200. His third stage win came from a great lead out by Gertrude Steegmans, while at the end of yesterday's stage he was left to his own devices, although his team had worked very hard to control and bring back the break.

From now on it is real crunch time with the big mountain stages to come, where we are likely to see to see a significant number of withdrawals from the race. On the evidence so far my guess is that by this time next Saturday Nibali will still be in the lead but then I had Ryder Hesjedal as one of my favourites!