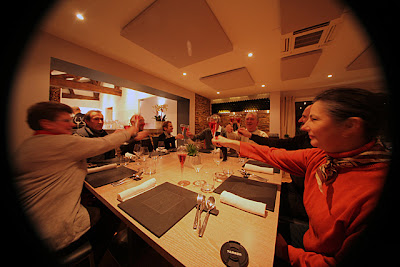 
Mid-afternoon yesterday we headed out to the Domaine de la Bergerie (Champ-sur-Layon) to taste the wines of the six Mousqueteries who had come to London to for the last of the tastings to mark ther 30th anniversary of the RSJ restaurant. We started with Domaine Ogereau (Catherine and Vincent Ogereau), followed by Domaine de la Bergerie (Marie-Annick and Yves Guegniard) and then finishing with Château Pierre-Bise (Joëlle and Claude Papin). 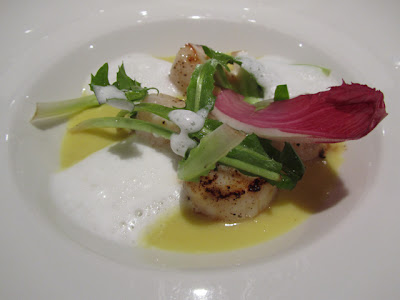 Scallops and a jerusalem artichoke sauce
After the tasting we had an excellent dinner with some lovely older vintages from the six at La Table de la Bergerie, run by David Guitton the son-in-law of Marie-Annick and Yves. 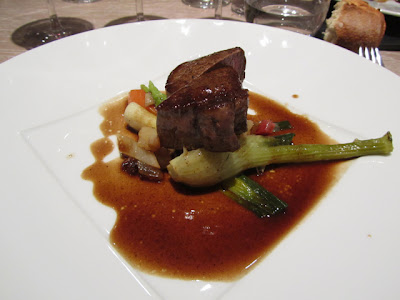 Wonderfully tender venison with vegetables and a rich wine sauce
We finished with a small selection of cheese, which included a very good Cantal, and then a varition on crèpes suzette.