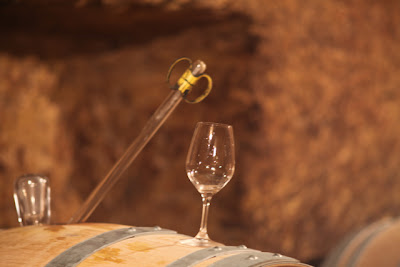 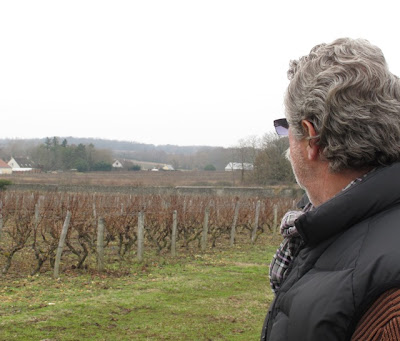 Jacky looking towards the south western end of the Clos
Jacky and Joëlle Blot took over the historic Clos Mosny from Monmousseau after the 2010 harvest. See the details here. Driving along the D40 from Saint-Martin-Le-Beau to Montlouis you pass the southern end of the Clos, whose walls completely encircle the 12ha vineyard and the Château de Mosny making 1.6 kilometres of wall to look after! Jacky has already hired a stonemason called Antoine to repair and look after the walls. I suspect he will be busy! 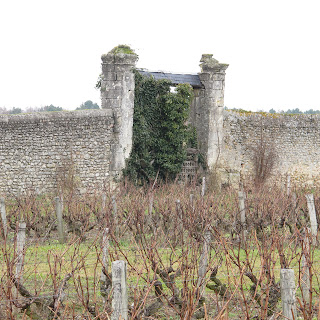 Ivy infested gateway
Although I had previously looked through the gate at the Clos I had never been inside, so it was particularly interesting to visit it with Jacky yesterday. It seems very likely that not all of the Clos will produce the same quality of grapes. The soil is a mix of flint and sand. Typically the soil in Montlouis becomes more sandy as you approach the southern part of the AC around Saint-Martin-le-Beau. The Clos slopes gently down from its northern end to the D40 road. It seems likely that the best part of the Clos, which faces south – south-west, will be from the upper and the middle parts. In the lower part the soil may be deeper with more clay. There looks to be a frost prone hollow at the south-western end. Some of the vines are around 50 years old.

The intention is that the best fruit from the Clos will be used for a single vineyard cuvée with the lesser fruit going into either Les Dix Arpents or to the base wine for Triple Zéro. 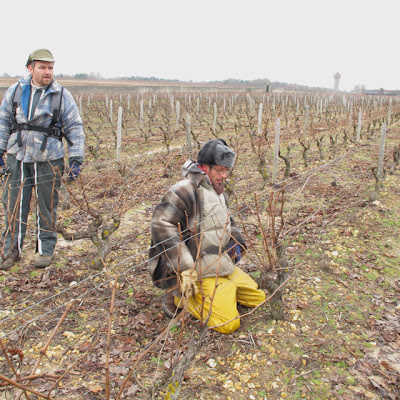 Pruning in the Clos (above and below) 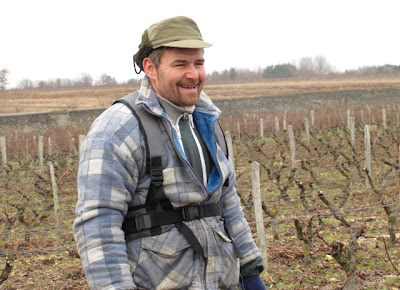 Vines beyond the wall are part of the Clos Michet


Pruning has already started in the Clos as the cold snap at the end of November has allowed producers to start pruning earlier than normal. It makes particular sense in the clos as all the posts, etc. will be replaced here once pruning has finished. Yields will be drastically reduced – Jacky suggested that yields here in 2010 could have been in the order of 120/130 hl/ha, which was reduced at vintage time around 70hl/ha by discarding rotten bunches.

There is also a winery at the entrance to the Clos with a ground florr and cellar, which has a stock of bottles from the Monmousseau purchase.
The Blots have a virtual monopoly of the Clos except for a small patch of untended vines (see below) at the northern end which belongs to the Château de Mosny, more an attractive manoir than a true château. 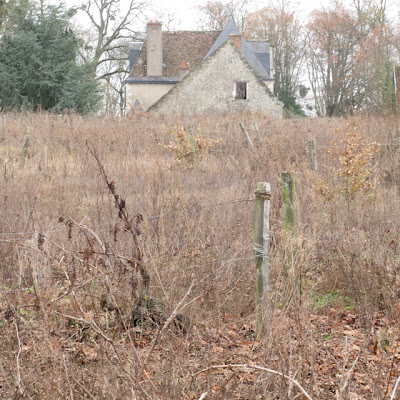 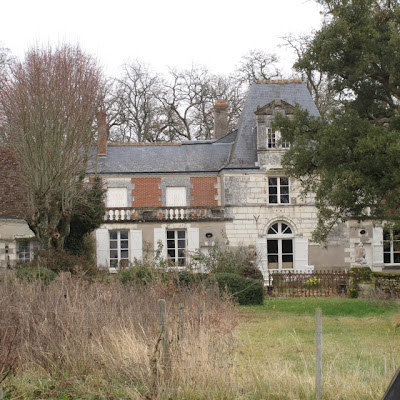 
It is a pity that the vineyard and the château have been in separate hands for some years now as there is a potential to make the Clos Mosny a show place for Montlouis.

Barrel tasting of 2010s
After visiting the Clos we headed back to the village of Husseau to taste the 2010s from both Montlouis and Vouvray from barrel – many of them still fermenting. It is always fascinating to taste wine at all of its stages, although it is difficult to fully know how the finished wine will taste, especially if there is still some sugar left to ferment and the blend is yet to be made. However, you can discern the broad outlines. At this early stage in their life they seem reminiscent to the 2007s and 2008s – very precise, clean flavours with quite strong acidity.
Among the many samples we tasted was the Clos Michet. 2009 was the first vintage of this Clos, which is adjacent and just to the west of the Clos Mosny. Michet is also 12 hectares but has a number of owners with Jacky now having some 4 hectares here as the deal with Monmousseau included some parcels in this Clos. My current impression is that Michet has less weight than Rémus, which comes from a number of parcels, but has delicacy, finesse and precision. We also tasted wine from the Château de la Bourdaisière, whose harvest Jacky has been looking after for the past three or four years. 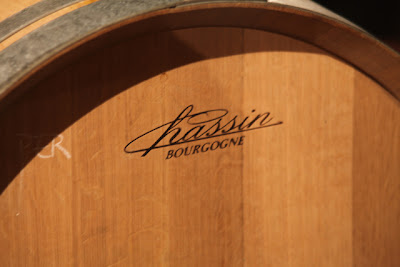 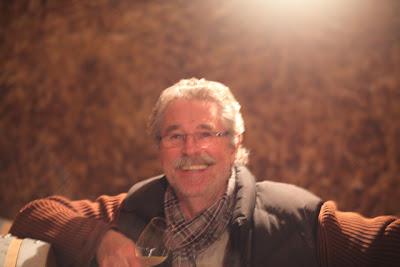 Jacky Blot (above and below) 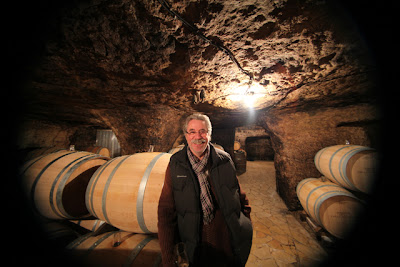 **
I gather that sometime over the past year Domaine Deletang (20ha) was sold to Michel Antier, a wine producer (Domaine de Cray) and restaurateur (La Cave à Montlouis).