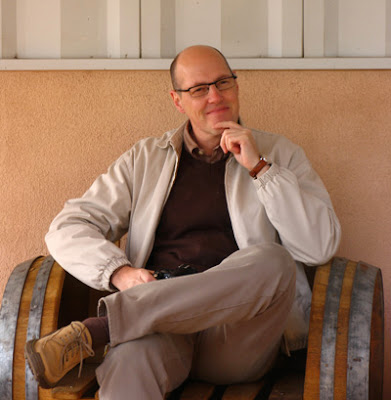 'The Wine Gang, the comprehensive wine recommendations web site launched in summer 2008 by wine writers Tom Cannavan, Anthony Rose, Joanna Simon, Olly Smith and Tim Atkin, has announced a new line-up and some exciting new developments for 2011.
Joining the Gang are two of the UK's brightest wine writing talents: David Williams, wine columnist for the Observer newspaper and Deputy Editor of World of Fine Wine magazine, and Jane Parkinson, currently Deputy Editor of The Drinks Business magazine (Jane leaves The Drinks Business at the end of December) and recipient of the Chairman's award at the Louis Roederer Wine Writing Awards last year.
The two new Gangsters will become full members, contributing to the Wine Gang's monthly reports at www.thewinegang.com and participating in other activities such as their successful live events and selection of the London International Wine Fair's 'Top 100' wines.
Commenting on her appointment Jane Parkinson said, "I was hugely honoured when I was asked to join The Wine Gang - which is a brilliant concept. Those already involved in it are people who I have admired and respected for years so I can't wait to be part of the team and to get started on all the exciting plans for next year. If I could actually do cartwheels – I would!"
David Williams added, "A couple of years back I had a chat with Tom about a plan he'd developed with some friends to launch a new consumer wine website. I can remember thinking what a good idea it was, and so it proved. Needless to say I was delighted when asked to join the Gang, and I'm now really looking forward to working with some of the best wine writers in the business."
The pair join The Wine Gang at an exciting moment in its development: a new mid-month report has just been added to the service to subscribers, a re-designed website will launch in the new year and, building on the success of their Christmas Fair in London, regional events are being added for 2011.
Speaking for The Wine  Gang, founder member Tom Cannavan said, "We are really delighted to have two of the UK's brightest and best young wine writers joining the team, bringing their expert palates and new perspectives to the Gang. This is the most exciting phase of The Wine Gang so far and it does seem like a very natural time to be introducing some new faces to our line up."
Sadly, the arrival of David and Jane sees the departure of Olly Smith and Tim Atkin. Cannavan said, "Olly's burgeoning TV career has made it impossible for him to fulfil his duties for the Gang, whilst Tim is concentrating on his judging commitments and other projects. We would like to thank them both for their invaluable contribution and to wish them every success in the future."
Olly Smith commented: "I'm so sorry to be leaving The Wine Gang - it's a magnificent project and I have thoroughly enjoyed being part of this exciting venture. I'll be signing up for my membership straight away and look forward to working with the Gang on common projects in future."
All seven past and present members of the Gang will be together "for one day only," at the Gang's Christmas Wine Fair at Vinopolis, London on November 6th 2010. The old and new guards will help the 500 consumers in attendance to get the most from the 600 wines available for tasting, masterclasses with world famous winemakers and conduct wine walks around the hall. Tickets cost £20 from www.ticketsoup.com and www.vinopolis.co.uk'