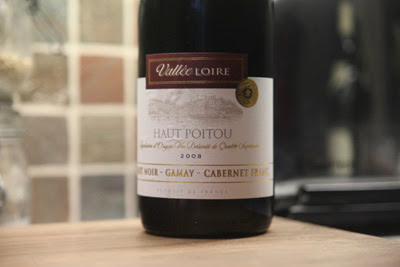 On 16th November the INAO announced that the wine commission (actually Le Comité national des appellations d’origine relatives aux vins et aux boissons alcoolisées et des eaux-de-vie de l’INAO – should you need to know) had agreed to promote Haut-Poitou from VDQS to full appellation contrôlée status. They also agreed to the promotion of Côtes d'Auvergne. Both decisions need to be ratified by the French Minister for Agriculture. This is somewhat of a formality, although the process can take up to around six months.

By my reckoning this leaves three remaining VDQSs in the Loire – Fiefs Vendéens, Coteaux d'Ancenis and Gros Plant. My guess is that the first two are very likely to be promoted to AC status, whereas it is much less sure for Gros Plant, whose producers originally opted for vin de pays. The VDQSs are due to disappear next year.

17 November 2010
The wines of Haut Poitou have been granted Appellation d'origine contrôlée (AOC) status, after decades of effort by the regions vineyards to meet the stringent criteria required.
Haut Poitou is an area of some 800 hectares situated to the north of Poitiers, covering some 40 communes (38 in the Vienne and 2 in Deux Sevres), where winemaking can be traced back to Roman times.
After WWII, wines from the region were marketed under the name Neuville du Poitou by the cooperative of wine growers, and in 1970 the product achieved the Appellation d'Origine Vins Délimités de Qualité Supérieure status, in recognition of quality of wines from the region.  Since 1989 the wines have been marketed under the brand ‘Vin du Haut-Poitou.’
White wines from the area can be made with Sauvignon Blanc, Chardonnay, Chenin Blanc and Pinot Blanc grape varieties.   Red and Rosé wines can be made with Pinot Noir, Gamay Noir, Merlot Rouge, Cot, Cabernet Franc, Cabernet Sauvignon, Gamay de Chaudeney and Grolleau (according to the official Institut National des Appellations d'Origine (INAO) criteria).'
From the Guide2 Poitou Charentes.

So that's the fate of another VDQS sorted out, then

Yes JT and decisions will have to be made soon on the three Loire VDQS that remain.

Strange that the best producer of the region, Ampelidae/Fredéric Brochet, who is based in the centre of the Poitou vineyard, in Marigny, chose to market his wines without the name Haut Poitou.
AOC or not, I doubt that the name is very "porteur", or significant...

Should we launch a group and petition on Facebook: "less AOC's, but real ones"?

Hervé. I suspect you are right. We are see a series of promotions before VDQS is abolished. The burning question is will Gros Plant be promoted?