Trio of 2008 wines: La Moussière, Cuvée Antique and taste the difference Sancerre
Today it was the turn of Sainsbury’s to hold their Spring/Summer tasting. Of the 109 wines on show, there were eight wines from the Loire – seven whites and a solitary red.

First up the lean and lemony 2008 Jacques Lurton Selection Sauvignon Blanc (£4.99), this wine is made in association with Ackerman–Rémy Pannier.

Next Taste the difference 2008 Muscadet Sèvre-et-Maine sur lie (£5.99) from Domaine Jean Douillard, who has long supplied Sainsbury’s with Muscadet. This has some citric weight, a touch of grapefruit and good length. Obviously not the same grape variety as the previous wine but an indication that unfashionable Muscadet often offers much better value.

Another taste the difference: 2008 Pouilly-Fumé from André Figeat (£10.98) – quite ripe, crisp but two dimensional and lacking length. Instead the 2008 Pouilly-Fumé Antique from Florian Mollet’s Domaine Mollet-Maudry (£14.99) is worth the extra money as it has considerably more concentration and length – grapefruit and lemon in the finish – than the Figeat. 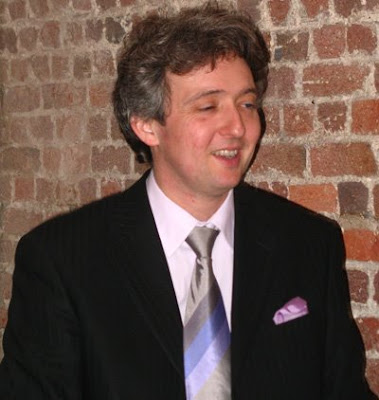 Florian Mollet
The taste the difference 2008 Sancerre (£11.99) also comes from Florian Mollet with 40% from Clos du Roc, a silex (flinty) vineyard in Saint-Satur, which gives this Sancerre an attractive lean, mineral with some length. 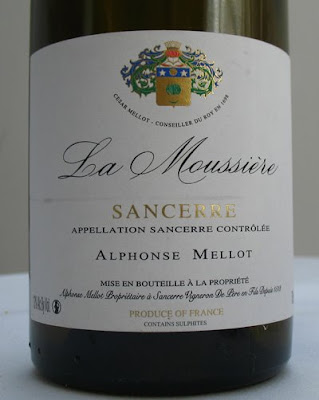 2008 La Moussière Sancerre, Alphonse Mellot
The 2008 La Moussière, Sancerre from Alphonse Mellot (£14.99) was the last wine from the Central Vineyards, which is currently showing some weight, grapefruit, length and power. Like all of these Sancerres and Pouilly-Fumés they are likely to take on more weight over the next six months to a year. Interesting contrast between rather reserved La Moussière and the more approachable and charming Le Montarlet from Joseph Mellot tasted yesterday at wine rack. La Moussière does have the plus of being £1.50 cheaper for a single bottle, although under the wine rack pricing buying several bottles reduces the price considerably.

The blurb on the tasting sheet states: 'Produced by Mellot, a family business which has passed from father to son since the early 19th century.' Initially I assumed that Sainsbury's had made a mistake as Alphonse Mellot was famously founded in 1513. But the mistake must have occurred in the Alphonse Mellot offices in Sancerre as it is the producers who send in the details.

The last white was a taste the difference 2008 Vouvray from the Cave des Producteurs de Vouvray (£6.96). Clean demi-sec style, fair value but lacks precision and excitement. 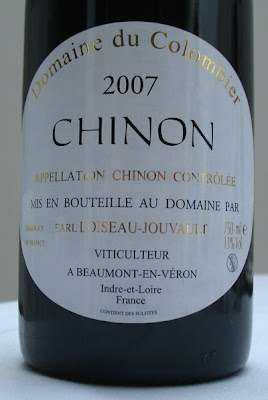