Saint-Pourçain to become an AC 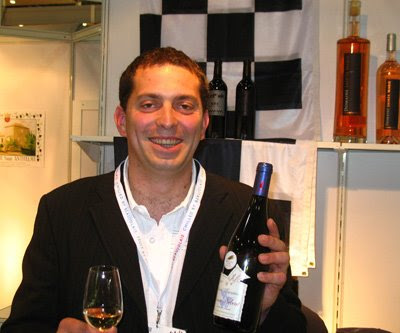 Saint-Pourçain has been a VDQS since 1951 and today has around 600 hectares of vines spread across 19 communes producing white, rosé and red. The local variety is the Tressallier – called Sacy in the Yonne. The other main varieties are Chardonnay, Gamay and Pinot Noir. There are 18 independent wine producers and a cave co-operative.

The VDQS designation is being phased out and remaining VDQS must either win promotion to AC or be relegated to vin de pays.

Once the minister has found his pen there will be 69 appellations in the Loire.

Email ThisBlogThis!Share to TwitterShare to FacebookShare to Pinterest
Labels: Saint-Pourçain

Congrats to the St. Pourcain producers. When we were first in the area about 10 years ago, one producer said she thought it was still a few years off. Now they've finally made it.

Indeed! I don't understand why Orléans and Orléans-Cléry got AC status before Saint-Pourçain.