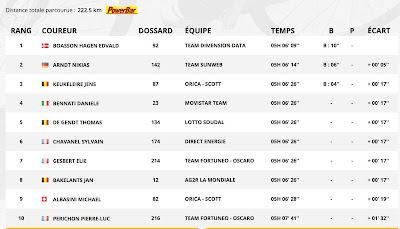 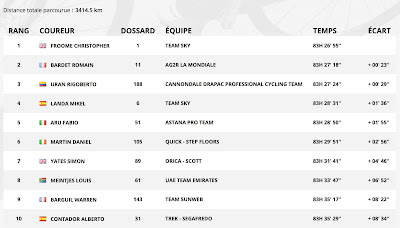 Edvald Boasson Hagen was a worthy winner in Salon-de-Provence yesterday. He and Nikias Arndt choose the right way round a roundabout with just three kilometres to go opening up a little gap to the rest of the small leading pack. Boasson Hagen quickly exploited this dropping Arndt and soloing to a popular victory – his third TDF stage victory. The peloton came in 12.27 down having decided to go for a club ride once the breakaway got away. 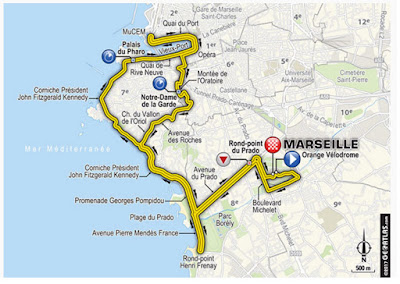 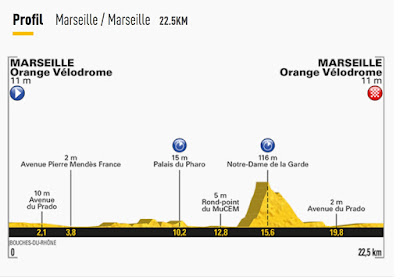 Just at this year's Giro d'Italia the winner will be decided by a time trial right at the end of the race. OK the Tour still has the stage into Paris but this is ceremonial apart from the sprinters race of the Champs d'Elysée.

Athough the 22.5 km course is largely flat around the Port and coastline of Marseille it does have a sharp, steep climb up to Notre-Dame-de-la Garde followed by a speedy descent. The course is technical so good bike handling will be very important. Fortunately the weather is expected to be dry – let's hope so we don't want a repeat of Düsseldorf.

The odds have to be on Chris Froome winning his 4th Tour de France – his third in a row. The biggest threat comes from Rigoberto Uran who is 29 seconds behind Froome rather than Bardet who is at 23 seconds. Uran could dethrone Froome but my guess for the podium is Froome (1st), Uran (2nd) and Bardet (3rd).