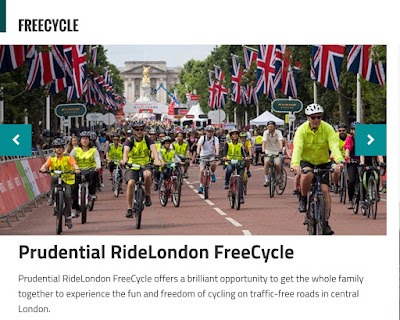 Today we went on the Prudential Ride London. Initially we joined a Lewisham Led Ride that took us at an increasingly leisurely pace from Lower Sydenham to Waterloo Bridge where we joined the Ride London circuit along with thousanads of other cyclists of all ages – including young kids with stabilizers – and abilities. Even though it started to rain before we headed back to Forest Hill it was a great occasion.

With so many cyclists it was essential to stay very focused! 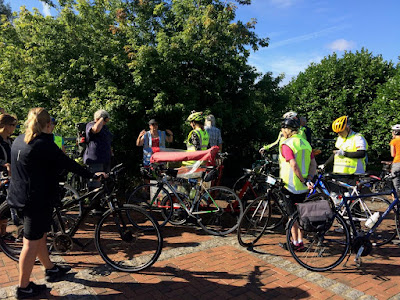 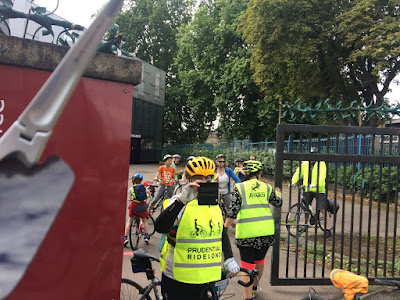 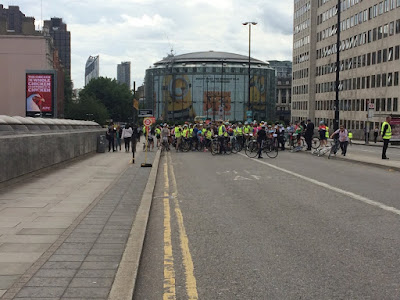 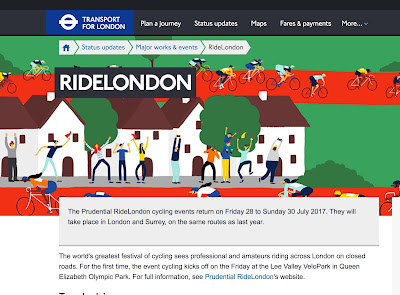 Transport for London (TfL) promotes Ride London – 'the world's greatest festival of cycling' but fails to instruct its bus drivers to drive responsibily when passing cyclists. 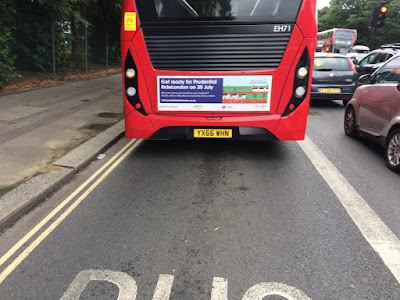 Good that this 363 (registration: YX66WHN)
promotes the Prudential Ride London
but shame that the driver has been taught how to overtake cyclists safely. 28.7.2017 this driver tried to pass (heading westwards) on Sydenham Hill close to the Dulwich Wood House. Trying to speed past on the wrong side of the road to get in before the street furniture. 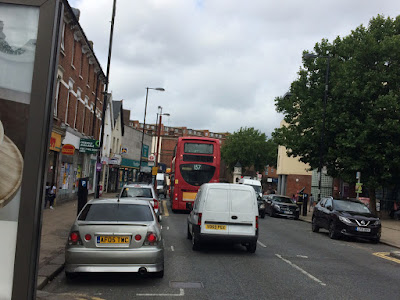