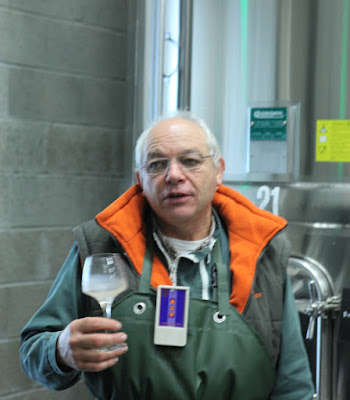 Claude Lafond (October 2013)
in his winery at Reuilly


I am very shocked and sorry to learn this afternoon of Claude Lafond's sudden and unexpected death during the night of Saturday/Sunday. He died in his bed of a heart attack.

When Claude took over the family domaine in 1977 on the death of his father, André, the small appellation of Reuilly was close to disappearing with only 48 hectares in production. Bored with school Claude was 14 when he started working in his family's vines which amounted to just 3.5 ha at the time. His father was a farm labourer who acquired 45 ares of hybrids when he married and started on his vinous career in the early 1960s.

As well as expanding his own domaine, which had grown to 6.5 hectares when he took over aged 25, Claude persuaded new vignerons to come to Reuilly. The appellation now has some 230 hectares in production with Domaine Claude Lafond with 43 hectares – 35 ha in Reuilly, 3ha Valençay and 5ha on Vin de Pays.

One of the last times I saw Claude was during the 2013 harvest. With Carole and Chris Kissack (The Wine Doctor) we were on our way to Sancerre and stopped over to see how the harvest had gone. Claude was very welcoming and we tasted the still fermenting 2013s, admired his new winery and we were invited to lunch with him and his winery staff. During the lunch Claude recounted the fascinating history and renovation of the Reuilly appellation.

Claude had an engaging and mischievous sense of humour. I well remember Benôit Roumet, director of the Vins du Centre Loire, telling me that Claude had invited him to eat at the canteen. The 'canteen' turned out to be the starred restaurant in La Cognette in neighbouring Issoudun! 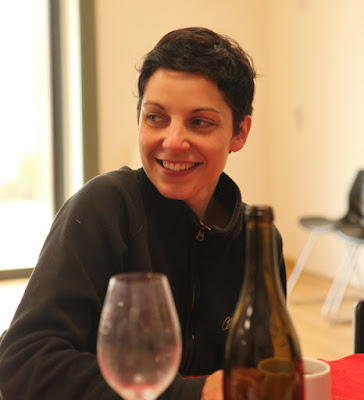 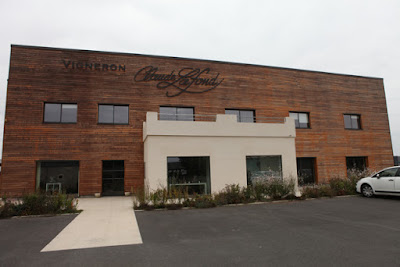 Claude Lafond's winery at Reuilly
(above and below) 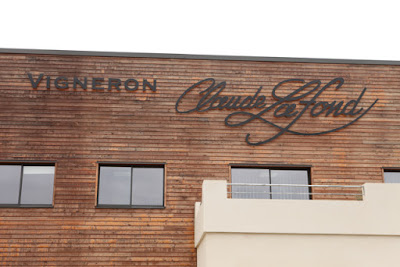 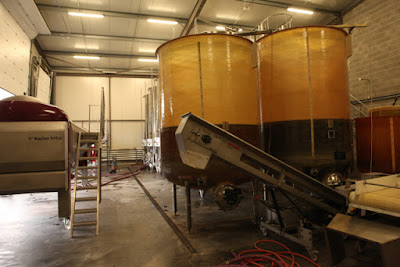 My sincere condolences to Natalie and to the rest of Claude's family and friends.

Very sad. 63 is no age at all, my age in fact.
A sad loss and a shock for his family, friends and colleagues.