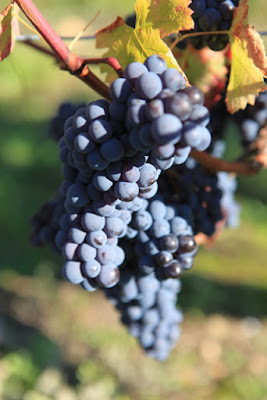 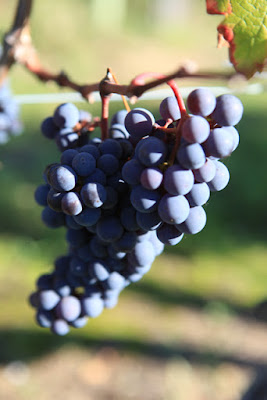 Yesterday we concentrated mainly on Saumur-Champigny but on the way we had a quick look at La Butte (Bourgueil), who had been due to start yesterday but had obviously put picking back a day.

The Blots have a very efficient team this year, who are used to picking in Champagne. By the time we arrived around 10.30am Les Perrières had already been picked and they were on Mi-Pente. The grapes looked and tasted very good. 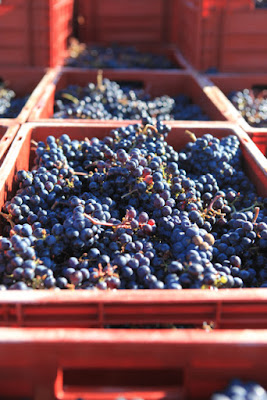 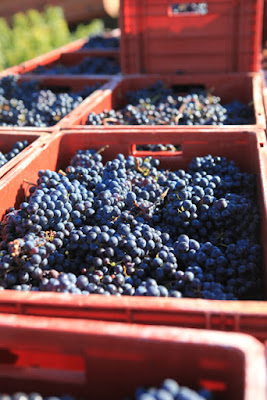 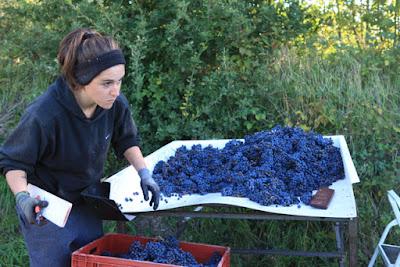 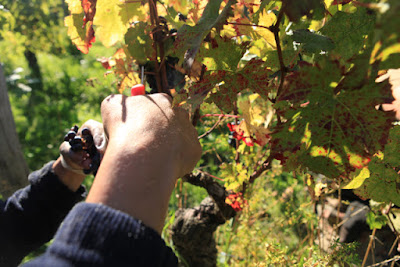 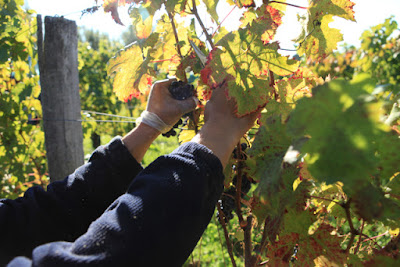 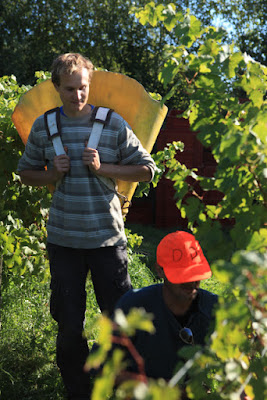 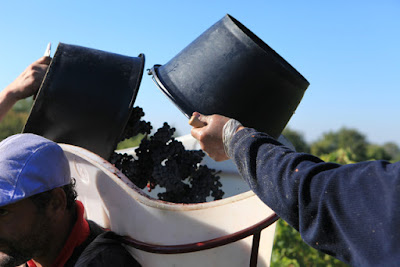 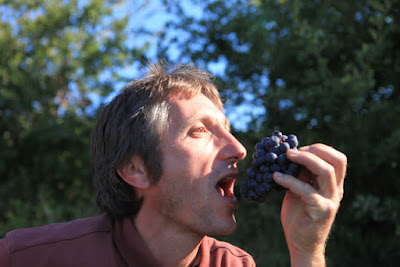 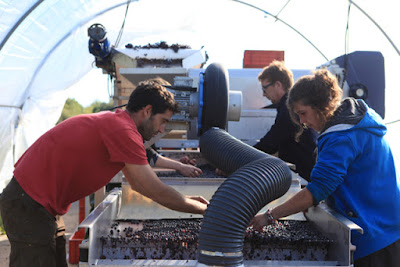 Jean-Philippe Blot at the sorting table above the underground chai