A few thoughts on the Champagne Jayne case 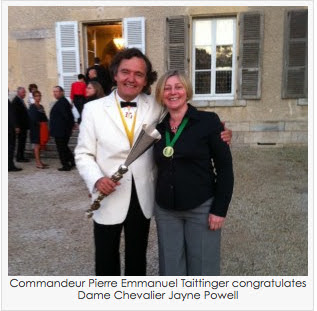 Aside from the pleasure of seeing Jayne Powell see off the mighty CIVC on points, the judgment prompts some reflection on how social media comes across in court and the legal world.

A spur of the moment tweet or Instagram rapidly conceived and sent within seconds looks very different in Justice Beach's nearly 100-page judgment running to some 338 paragraphs. 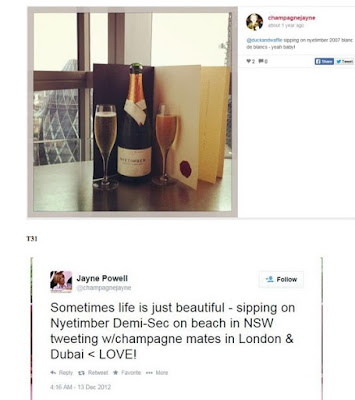 Anyone, who tweets on possibly controversial subjects, would be well advised to look at the section of the judgment (paras: 131-269) that cover Jayne's social media including tweets, especially those on Nyetimber where Justice Beach concludes that this/these could be misleading as Champagne Jayne doesn't make it clear that Nyetimber is not Champagne.

Beach's Judgment might well be a text for this weekend's Digital Wine Communications Conference in Plodiv, Bulgaria.

Incidentally Justice Beach doesn't appear to have considered that the alleged lack of clarity in Jayne's tweet might have been to the misadventure of Nyetimber since it is often considered better than many Champagnes on the market.

Of course it can be very difficult within the constraints of 140 characters to avoid ambiguity but tweets are a publication even though they are considered by many as fleeting. However, the transitory moment becomes very fixed when they feature in a legal case.

Does the Champagne Jayne judgment have implications for others that use Champagne in their business or social names. What, for instance of Giles Fallowfield with a website (http://www.champagneguru.co.uk) and a Twitter handle – @ChampagneGuruUK need to be careful not to mislead when commenting about non-Champagne sparkling wines? The judgment, of course, is valid within Australian jurisdiction but the CIVC might decide to raise the section of the judgment related to 'misleading' in other parts of the world.

It could be that Justice Beach will allow Champagne Escorts to insist that its girls can only drink Champagne when visiting clients in their hotels...... to drink other sparkling wines could be misleading......
Posted by Jim's Loire at 16:35

Haha, champagne escorts! That's going to be very popular around the office.