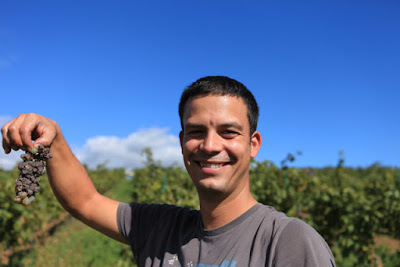 The 2015 Loire harvest, which started for some early varieties such as Sauvignon Blanc in the Cher Valley, is now beginning to near completion with the exception of sweet wines in Anjou.

The good news is that the forecast for the at least until Tuesday 20th October is good, except for some occasional showers on Thursday afternoon and during Friday. Assuming that the showers are light a little rain could help the spread of botrytis. Temperatures are predicted to be in the low teens.

On Thursday afternoon (8th October) we dropped in on Domaine Cady to see them doing a tri from a parcel destined for Layon Saint-Aubin.

The Cadys started picking on 10th September so their harvest has already extended over a month and their are further tris to be done for their Layons including a parcel in Chaume. 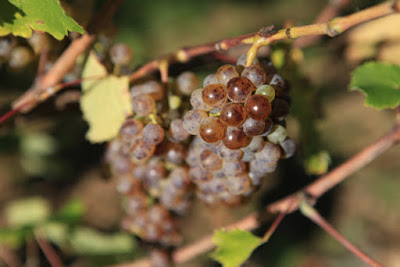 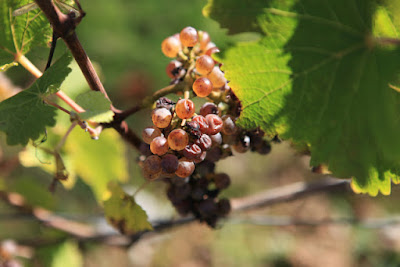 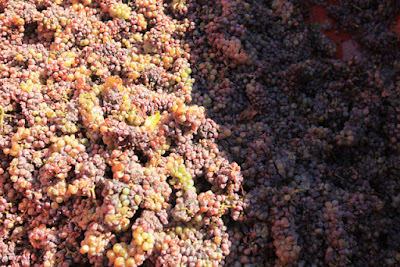 Grapes in the trailer 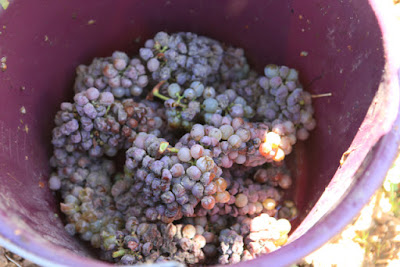 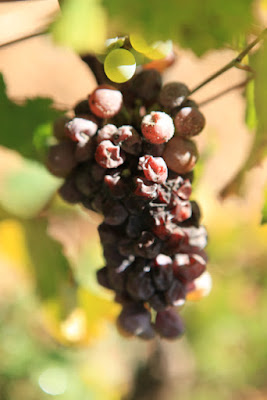 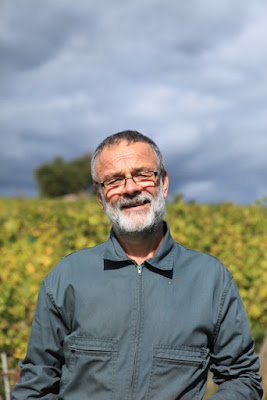 Philippe Cady before his Les Varennes
parcel with vines between 60-70 years old
where he has done at the end of last week
a small tri at 19.5% potential 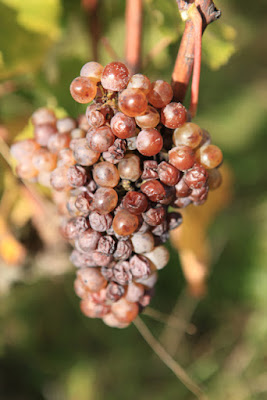 A developing bunch of Chenin in Les Varennes 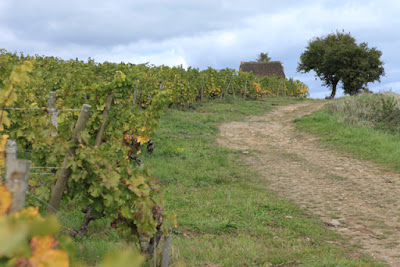 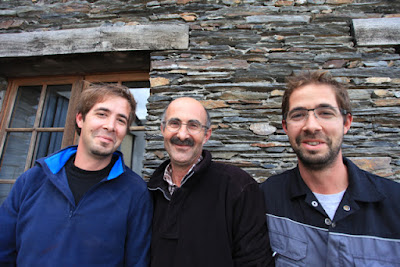 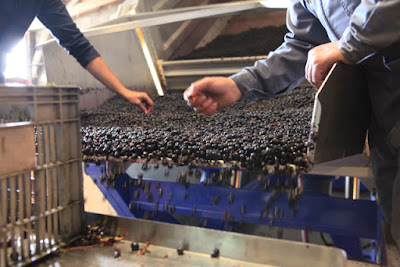 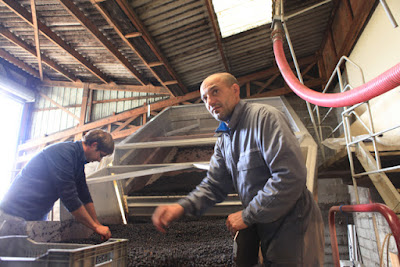 After the Cadys we had another look at the Quarts de Chaume (post to come) before heading to the Aubance. After a brief stop at the Domaine de Bablut we went onto to see the Lebtretons at Domaine des Rochelles at Saint-Jean-de-Mauvrets.
Jean-Hubert Lebreton: "Grapes from La Croix de la Mission are coming in at 14.2% potential with 4.3 acidity. This year we are picking La Croix two weeks early. Unusually our Cabernet Sauvignon and Cabernet Franc are ready at the same time."
Next post – Saumur and Chinon.
Posted by Jim's Loire at 21:58