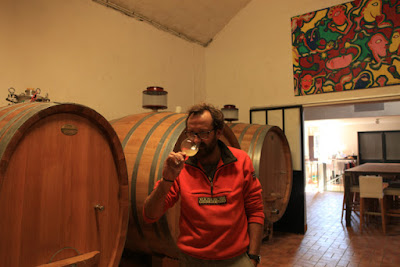 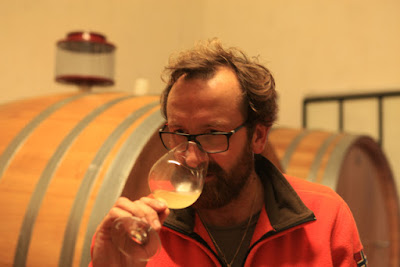 After dropping in on Domaine Filliatreau (see here) we headed to Varrains to see Thierry Germain and Michel Chevre at Domaine des Roches Neuves. Thierry: "We started on the reds last Thursday – 12.6˚ potential and 5.5-5.6 acidity. The grapes we picked this morning were at 13.4˚. The fruit is well balanced and I want to avoid high alcohols. We still have 50% of the white to pick but I expect we will finish by next Tuesday." 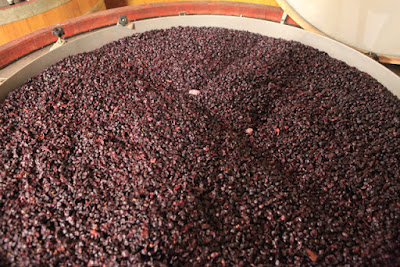 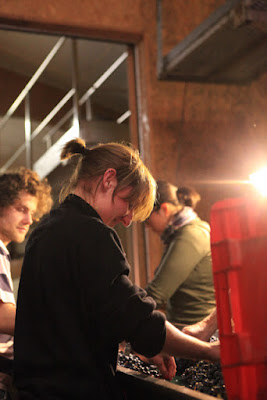 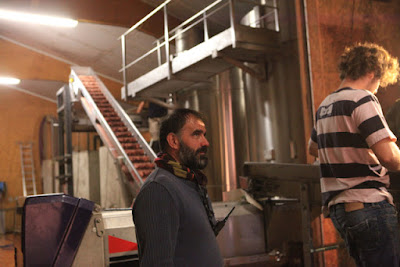 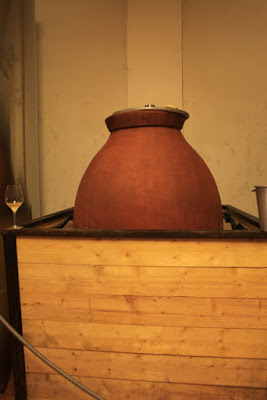 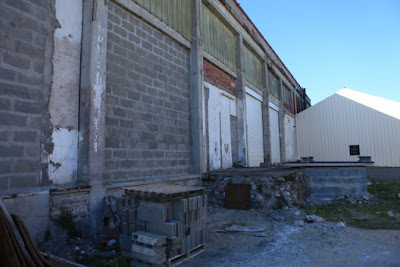 The Frères Foucault's new winery at Chacé – a disused factory building on the edge of Varrains and Chacé. There was no-one there when we passed. Later Antoine Sanzay told me that the Foucaults were due to start tomorrow (Thursday). Although the new premises may lack some of the charm of their old cellars the premises will doubtless be much more practical and easy to work in. Apparently everything inside is by gravity feed.

In Italy, Spain or Chile a producer with the fame and high reputation of Charly and Nady would build a modern day cathedral to the ego. Instead they have opted for something more modest, which is entirely in keeping! 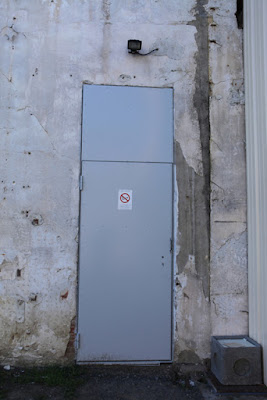 Entrance to the chai 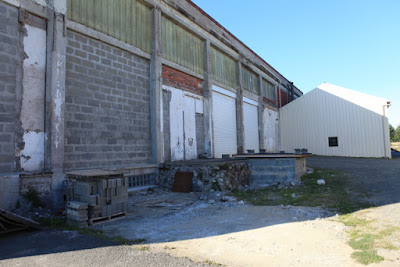 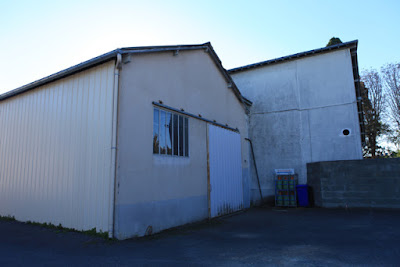 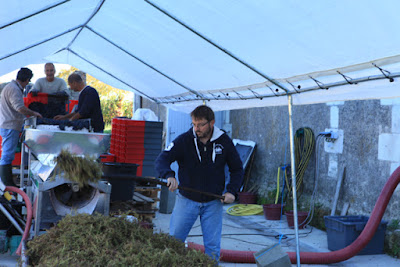 Antoine Sanzay (right) at work by his sorting table 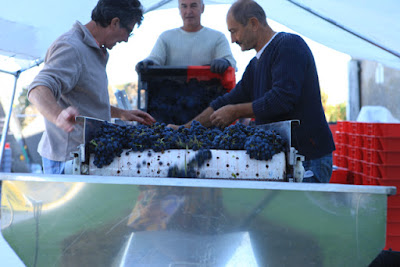 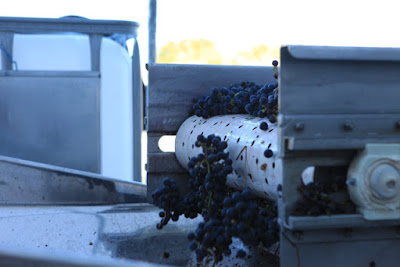 After seeing the exterior of the Foucault's new winery our last visit of the day was to Antoine Sanzay (Varrains). Antoine:  "Initially I thought we would be picking our Cabernet Franc much earlier than last year. However, that is not the way it has turned out. Last year we started on 4th October – this year the 30th September, so only slightly earlier. We picked some of the Chenin Blanc last Wednesday and Thursday."


Prior to Antoine Sanzay I had stopped by at the Le Petit Saint Vincent (12ha) Dominique Joseph (known as Pelo). Pelo: "We started the Cabernet at the beginning of this week. Our Chenin is coming in at 12.5˚, while the Cabernet ranges from 12.6˚ to 13.2˚ and the acidity from 3.6 to 4.2. I expect with our team of 24 pickers we will finish at the beginning of next week." 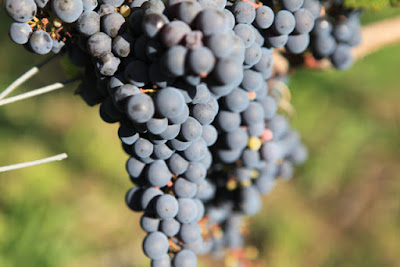 EXCELLENT INFO, THANKS. I am in the midst of writing my next title in the 'WINE DARK MYSTERY SERIES...set in the Champigny area above Saumur... where I once lived. Your article has reminded me how beautiful it is round there! Would you be interested in reading and reviewing any of my titles on Amazon? I am adding a link to the first short pilot story just in case it may tempt you!
http://amzn.eu/deeQg3n
Kate Fitzroy
ST MARY'S OLD SCHOOL HOUSE
18 FITZROY STREET
NEWMARKET, CB8 0JW