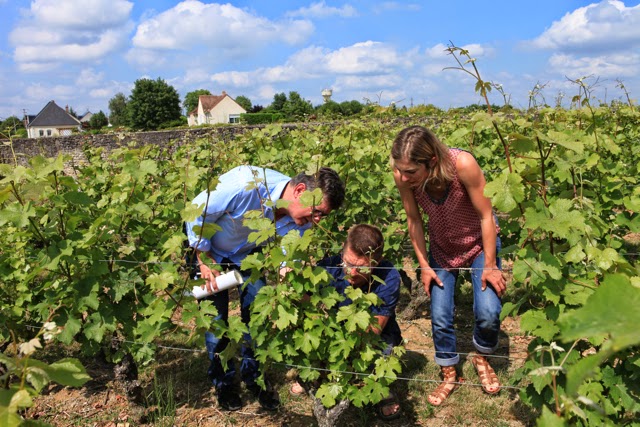 James Millton, Didier Champalou and
Céline Champalou in the Clos du Portail, Vouvray
A close inspection of the vines

After the morning spent with François Chidaine mainly in the vineyards, then a quick look at his new winery that is now finally nearing completion, a quick tour of the old cellars and then a short tasting at La Cave Insolite (the 2011 Les Choiselles Montlouis on flint was a favourite), it was onto Domaine Champalou in Vouvray where we had been kindly invited to lunch. Céline, Catherine and Didier's daughter, and her partner Kevin Fontaine, who makes the wine at Charles Joguet in Sazilly (AC Chinon) had visited James in New Zealand.

Catherine had billed the lunch as a simple affair but it still lasted some three very enjoyable hours – eating, chatting and trying some interesting wines. I was impressed by the 2013 Sec Tendre, the harmonious 2012 Les Fondreaux, a delicately sweet 2003 la Moelleuse, despite the heatwave that years. We also tasted a couple of older wines – a 1991 sec that had taken on quite a lot of colour and was decidedly austere in the finish and the fine 1995 Tri de Vendange with white truffle and honey. It was fascinating to taste the 1991 as this was the year of the severe frost on the 21st and 22nd April, which overnight destroyed two thirds of the 1991 crop, so it is rare to taste 1991 now.

We also tasted the promsing 2011 Clos de la Dioterie, Chinon from Charles Joguet in magnum, which is still young and will benefit from more time than we were prepared to give it.

In time 2013 Vouvray from those producers hit by the violent hailstorm of 17th June 2013 will be equally rare. The Champalous were fortunate to have something to harvest last year as some Vouvray producers made no wine at all. 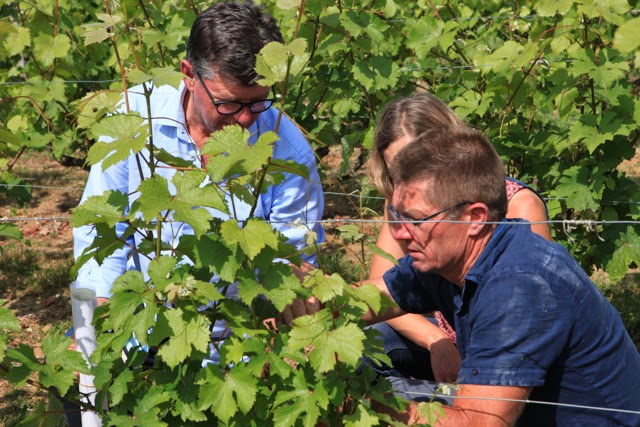 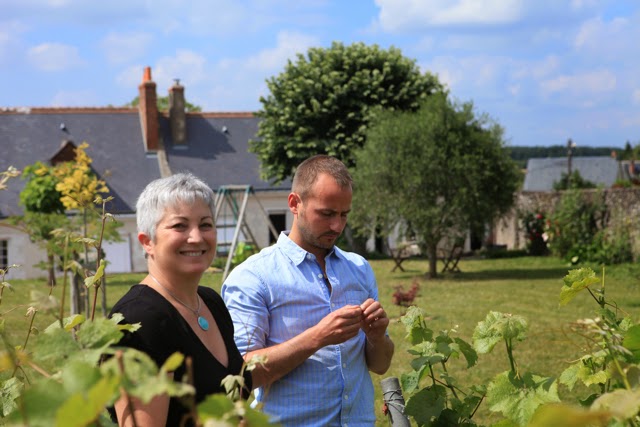 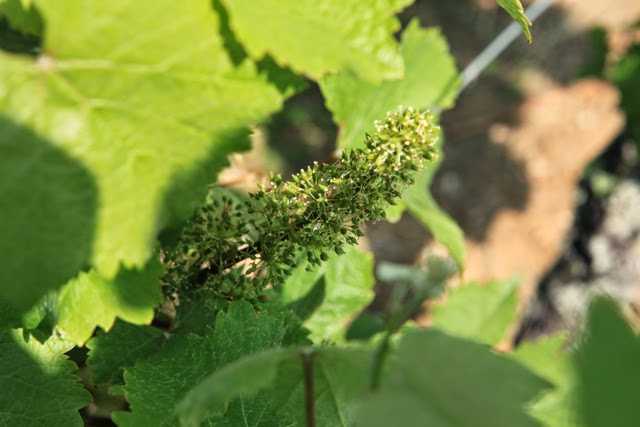 2014 flowering close to being successfully completed