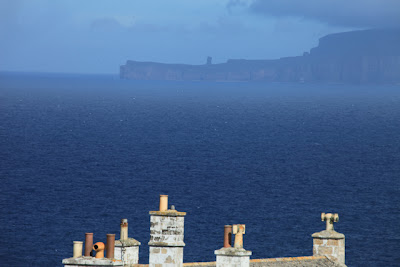 From Dunnet Head towards the Island of Hoy, Orkney
with the Old Man of Hoy (looks like a tower)

Although John O'Groats tends to get a lot of the attention it isn't the most northerly point of the Scottish mainland. This prize goes to Dunnet Head with its lighthouse, which 2.35 miles further north than John O'G, which is really more accurately described as the end of the road, especially if you have started from Lands End in Cornwall.

After our visit to Duncansby Head we headed westwards to Dunnet Head and again we were lucky that the threatening cloud held off and we had great views. The lighthouse was built in 1832 by Robert Stevenson, the first of the famous family of lighthouse engineers who between them built many of the lighthouses around the coast of Scotland. 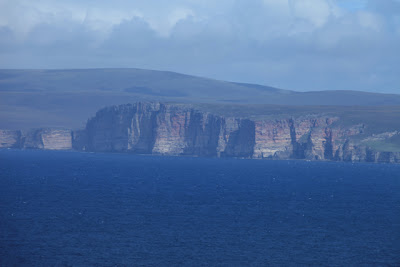 The cliffs of Hoy 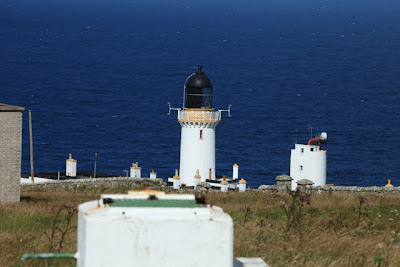 Lighthouse@Dunnet Head (above and below) 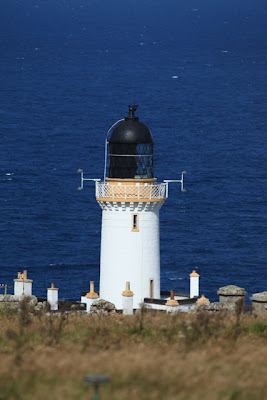 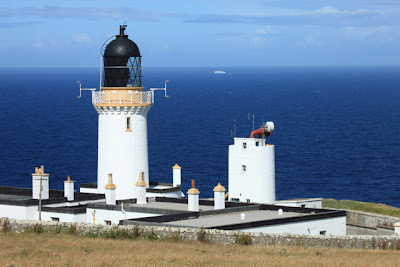 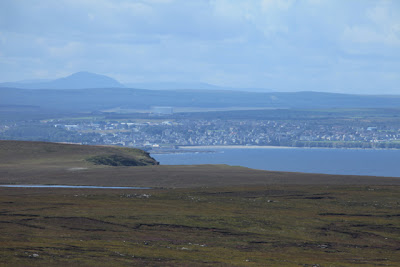 Town of Thurso to west of Dunnet Head 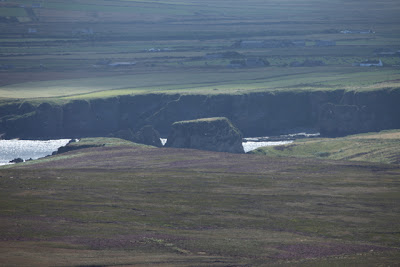 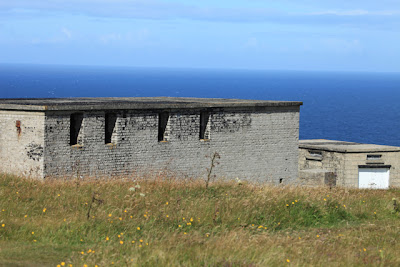 Abandoned military buildings on Dunnet Head (above and below) 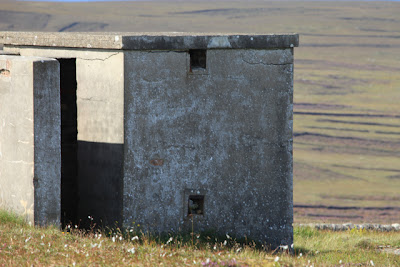 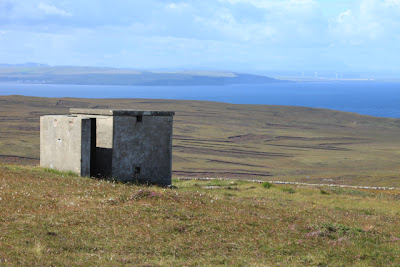 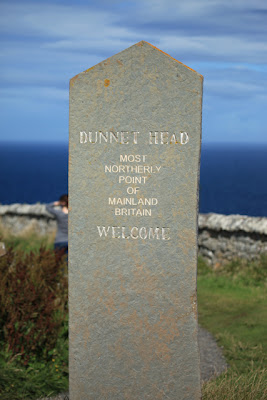 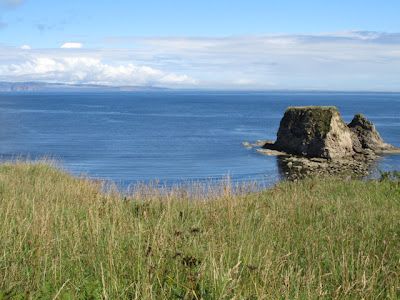 Small cove at the base of Dunnet Head (above and below) 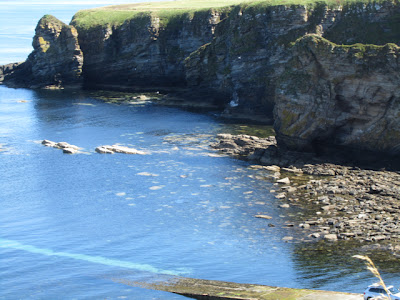 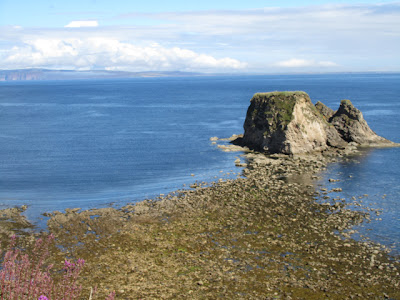