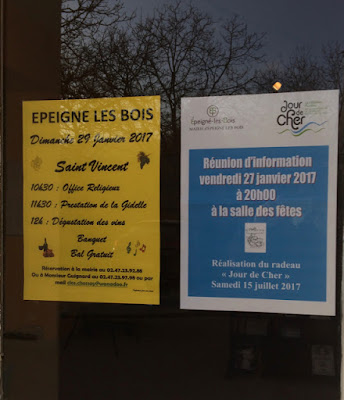 Epeigné-les-Bois: date for the diary – 29 janvier 2017: Fête de Saint Vincent + a meeting tomorrow about the Jour de Cher on 15th July – in particular the possibility of creating a float designed to navigate the Cher. 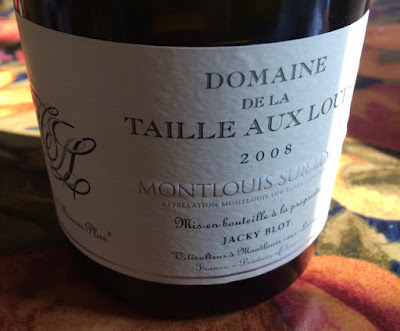 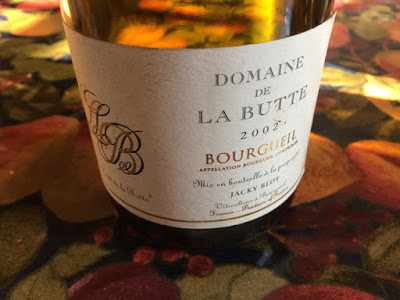 After a fairly uneventful drive from London to the Loire it was time to enjoy a reviving glass or so. First up the 2008 Remus Plus Montlouis  from Jacky Blot's Domaine de la Taille aux Loups. On first taste there were some wood notes but once the 2008 was swiftly put into a decanter these disappeared and the Remus Plus became more rounded and expressive along with lovely balancing acidity.

For a red with our grilled chicken legs we opted again for Jacky Blot but this time the 2002 Le Haut de la Butte, Bourgueil (Domaine de la Butte). This was Jacky's first vintage in Bourgueil and he and his team took over the domaine just before the harvest.

Given that the 2002 Haut de la Butte is impressive it has aged attractively with very soft fruit with a finesse nodding towards Burgundy. Possibly this is past its very best but it remains a delight to drink and should continue to be good for at least another five years. 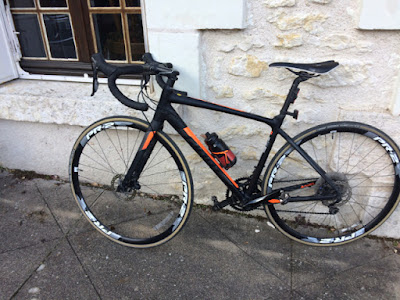 Although temperatures here in the Cher Valley have barely climbed above zero it was a good day for a run out on the bike – brilliant blue sky, sunshine and dry roads. Furthermore this was the first time I got to ride by relatively new Giant Contend SL on the quiet roads of Touraine. What a treat not to have constant traffic passing you with some motorists passing far too close to the bike. Overall drivers are more considerate here in the Cher giving me plenty of room with just the odd exception who pass too close. Of course, there is no comparison between traffic levels here and London, so nothing like the same level of driver impatience – all too present now in London. Such impatience rarely gets drivers anywhere much quicker often they just get held up at the next set of traffic lights.

Back in London it is excellent news that the Met will be trialling 'close pass operations' across London. If this persuades London drivers to give cyclists' proper space when passing this will be excellent. Not only will it make it safer for those already cycling but should persuade those who hesitate to ride in London that it is safe to venture out.