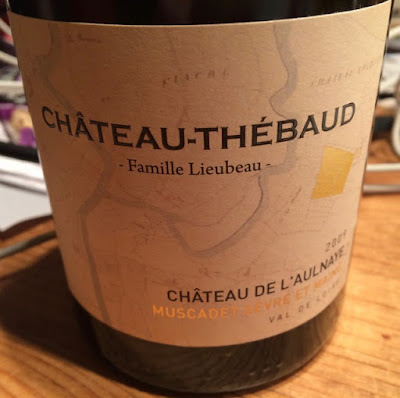 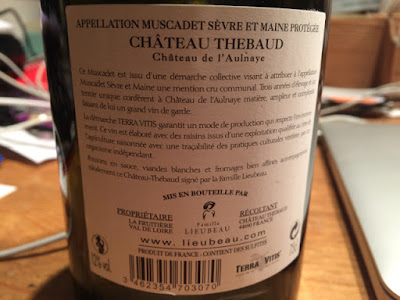 This is another excellent Muscadet from the Lieubeau family. The 2009 is intended as a precursor of the Château-Thebaud which should soon be one of several new crus communaux that await the swish of the French minister's pen.

Ths 2009 spends three years on its lees which gives this Muscadet unusual richness accentuated by 2009 being a hot and rich vintage. The 2009 has lovely opulence and is utterly delicious. Initially we had it as an apéro and then it went beautifully with grilled salmon steaks. Unfortunately the bottle disappeared all too quickly between the two of us!

Tasted blind my guess is that few would pick this opulent and delicious wine as a Muscadet. These longer aged Muscadet's are adding a new expression to the wines of the Pays Nantais. Furthermore they are still a remarkable bargain.
Posted by Jim's Loire at 22:31