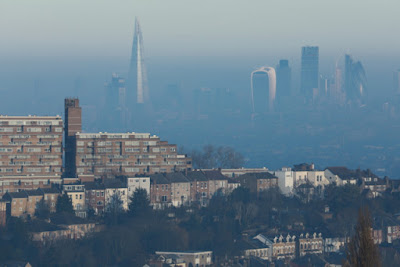 This morning a layer of dirty mist lies over the centre of London with the Telegraph reporting that pollution levels have recently been higher than Beijing. 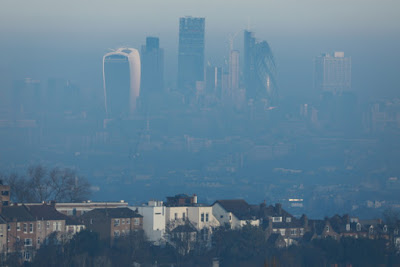 Some sunshine on houses in South London 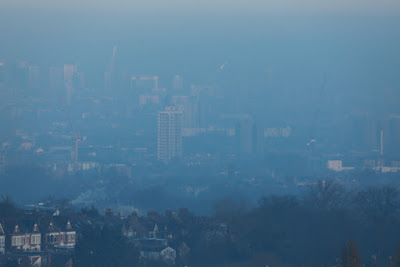 The City through the murk

In the short term advice is palliative – don't exercise too much, especially children at schools in areas of high air pollution, and urging motorised parents to turn off their engines while waiting at schools. Sadiq Khan is introducing air audits for the most polluted schools. There will, however, need to be some tough measures if the current levels of pollution are to be drastically reduced. This may well have to be a ban on diesel cars.

Update 25th January 2017:
Driving down through Northern France today maximum speeds on the autoroutes was reduced by 20 km/h due to high levels of air pollution. So, for example, 110 km/h compared to the normal restriction of 130 km/h.