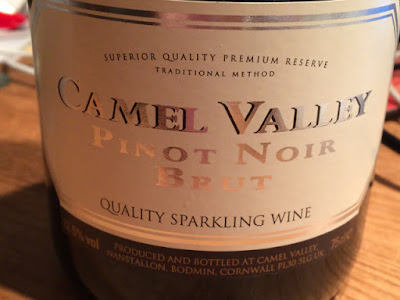 Yesterday was my dry Sunday....

Not out of conviction mind you ... nor was it the start of a dry second half of January with plenty of piousness on my part. January in the UK can be miserable enough without facing the grey elements 24/7 stone cold sober.

No, I was under medical orders as today was Colonoscopy Day – an examination of the apparently endless corridors of my bowel.

I make no apologies that this post barely mentions wine – that will be back tomorrow – but, if it persuades a few of you to get a bowel cancer check before it is too late, it will have been worth it.

My father was in his mid-60s when he was diagnosed with bowel cancer. He had an operation and fortunately the cancer was caught in time but not without later painful complications. He had delayed going to the doctor as my mother was ill at the time. Had he gone earlier .... who knows?

My partner's family have been much less fortunate. On her mother's side three of the family in that generation have died through bowel disease, while her mother had a successful operation for bowel cancer at the age 89.

Although I had no obvious symptoms when I was around 60 I persuaded my GP and then the consultant at King's College Hospital to put me forward for a colonoscopy by citing my father's cancer.

Today was my third colonoscopy test – I got the all clear with an instruction to come back again in three year's time. The two previous tests were also negative, although each time a few small polyps were removed but not today. Harmless at the time there is a possibility that these might have become cancerous if left.

Back to dry Sunday. As the colonoscopy test involves the consultant inserting a small camera up through the anus and into the bowel, it has to be emptied before the test.

Sunday breakfast consisted a small slice of naked rye bread – no butter or marmalade – and black coffee – no milk or milk products allowed. The last solid food I would be allowed until after the test with my appointment set for 1pm Monday. From first thing on Sunday until 11am today I was urged to drink lots of liquids – water – still or fizzy, Bovril, tea or coffee without milk, clear soup, squash (not blackcurrant).

At 6pm it was time to take the first sachet of Picolax – a strong laxative. It took just under two hours to start to work. I will spare you the details but suffice to say that it isn't painful, unlike a dose of Montezuma's or Joe Stalin's Georgian revenge.

I took the second sachet at 6am this morning and continued to drink plenty of liquids until 11am when you have to stop if you have an afternoon appointment. Obviously timings are different for a test in the morning.

Today's colonoscopy was in the Hambleden Wing of King's College Hospital – appropriately down in the bowels of the building. Although I was called through to get ready very soon after I arrived I had a considerable wait before my test, so taking my iPad with me paid off. I had plenty of time to get started on Rick Bragg's very good Jerry Lee Lewis – his own story. Recommended if you are a fan of The Killer.

I chose not to have sedation – I had it for my first colonoscopy but not the second. I remember experiencing a little discomfort from the second test – mainly the embarrassing sensation that I was about to fart involuntarily at the eminent consultant. Fortunately I didn't!

For some reason I had a bit more discomfort today with some spasms of pain, although the consultant was extremely competent. However, the test was soon over taking no more than 15-20 minutes. One of the advantages of declining sedation is that you are fully conscious to watch the screen and see the camera exploring the amazing pink corridors and chambers of your bowel.

The other advantage of non-sedation is that you can leave almost immediately after you return to the recovery room, whereas with sedation you have to wait up to 45 minutes before the nurses agree that you can be discharged and go.

This evening I banished my dry January with a glass of the excellent 2010 Pinot Noir from Camel Valley followed by a glass or so of 2010 Reserve Cabernet Franc AC Touraine from Château du Petit Thouars.
Thanks to the NHS
My three colonoscopy tests, which have all been at King's College Hospital in Camberwell, London  and the associated consultations haven't cost me a penny. Nor I have I had to wait a long time for an appointment. All credit and thanks to our often maligned National Health Service.

If you are 50 or over and have a history of bowel cancer in your family, or have symptoms at any age – blood in your stool – do go to your doctor and arrange to be tested. 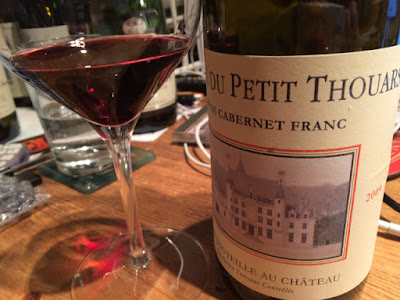