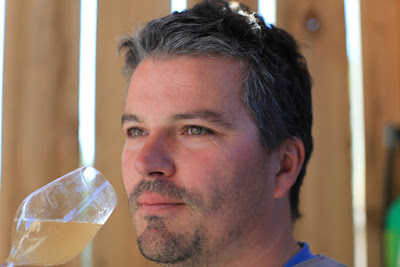 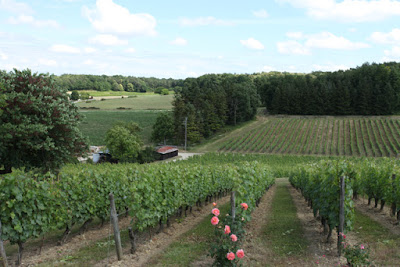 Vines close to the family house


Domaine de la Noblaie is in Ligré on the south side of the Vienne – the river that runs through Chinon and joins the Loire at Candes-Saint-Martin. The domaine can trace its history back several centuries – it appears on a Cassini map of 1765.

In 1952 it was bought by Jacqueline and Pierre Manzagol. They were originally from Corréze and ran a dairy in Poissy, one of the western suburbs of Paris. On a visit to Chinon they fell in love with La Noblaie and bought it on the spot. In 1953 the domaine produced just three barriques from five hectares of vines.

In 1968 Madeleine, their daughter, married François Billard from Bordeaux who was trained in wine, so brought with him his wine knowledge and his contacts in the wine trade. François became a professor of oenology at the Lycée Viticole of  Montreuil Bellay running the domaine in tandem. One of his pupils was Christophe Daviau of Domaine de Bablut.

By 2000 the domaine had 12 hectares of vines. In 2003 Jérôme, Madeleine and François, returned from working at Pétrus and Dominus (California). The area under vines had now expanded to 18 hectares. Jérôme's wife Élodie joined in 2006. By 2012 the domaine had grown to 24 hectares and a new and spacious winery was built in 2012. Although not fully finished the winery was just operational in time for the vintage.

Jérôme is now one of the best producers in Chinon.

The whites:
Domaine de la Noblaie - the straight domaine Chinon emphasis on the fruit, aged in stainless steel for four months.
La Part des Anges: made from very ripe fruit with some botrytised grapes. Aged in 500-litre barrels for 24 months. Capacity to age for many years.

The rosé:
Gouette de Rosé: – fruit comes from the less well exposed slopes mainly at the bottom of the coteaux. Bottled early after four months in stainless steel, closed with a screwcap

The Sparkling:
MonAnge: fruit comes from the beginning of rows. Partial fermentation before bottling then at least 25 months sur latte. 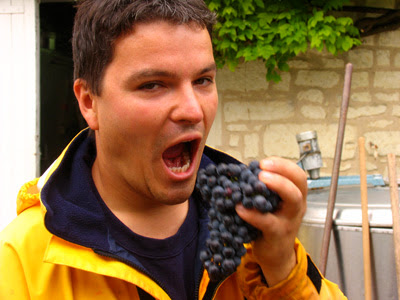 Jérôme about to test grapes 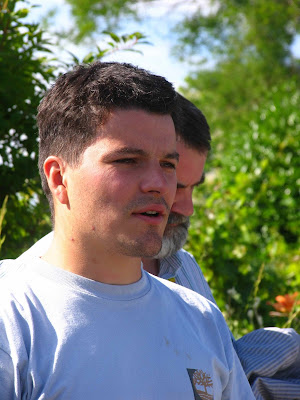 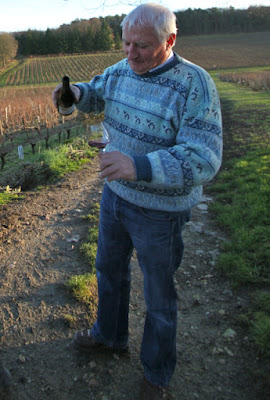 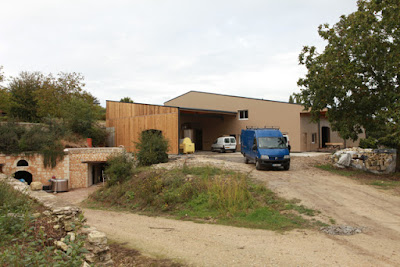 The new winery in October 2012
– not finished but functioning 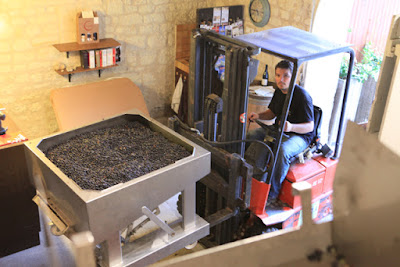 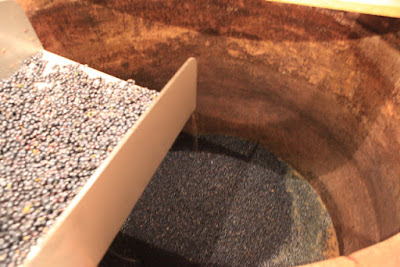 This is the latest profile from RSJ News blog – our producers.