The Rheingau: memories of July on 2014's shortest day 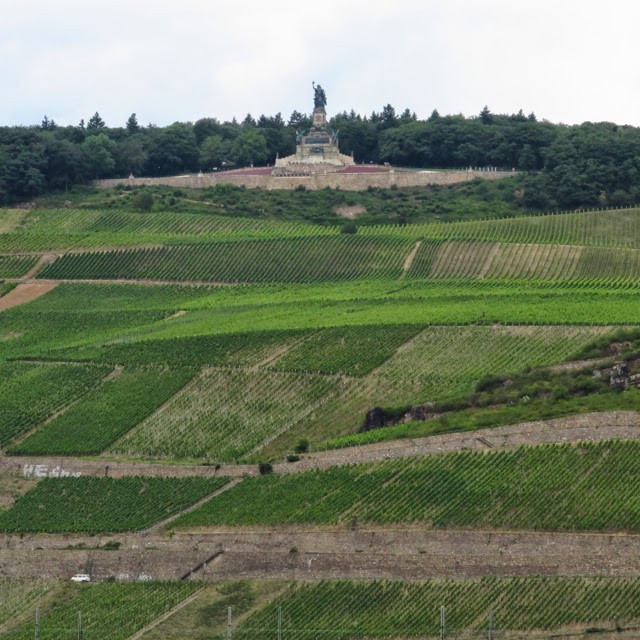 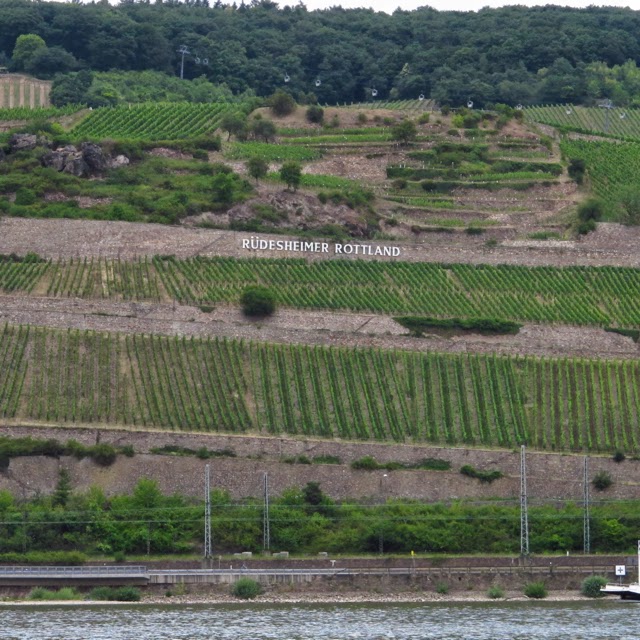 Views of the Rüdesheim vineyards from the ferry across the Rhine.

Back in early July a little after the longest day of 2014 I spent several hours visiting Weingut Josef Leitz at Rüdesheim on the Rhine.

We were shown round by Tobias Fiebrandt, the general manager and who is responsible for exports to UK and Canada.

Johannes Leitz took over in 1985 from his mother when the family had 2.8 hectares. Apparently his ambition then was to expand up to around eight or nine hectares. He has, however, rather overshot this target as the domaine now has 43 hectares with 98% planted with Riesling small amount of Pinot Noir.

The Rhine runs for 30 kilometres east-west, so south facing slopes. The Upper Rhine has more loamy soils, here at Rüdesheim more quartz and slate. Biggest growth in the Leitz vineyards has been surface in Upper Rheingau. The Leitz estate has 350 different parcels.

Leitz wines that are vinified and matured in wood are closed with a cork, while those made in stainless steel. 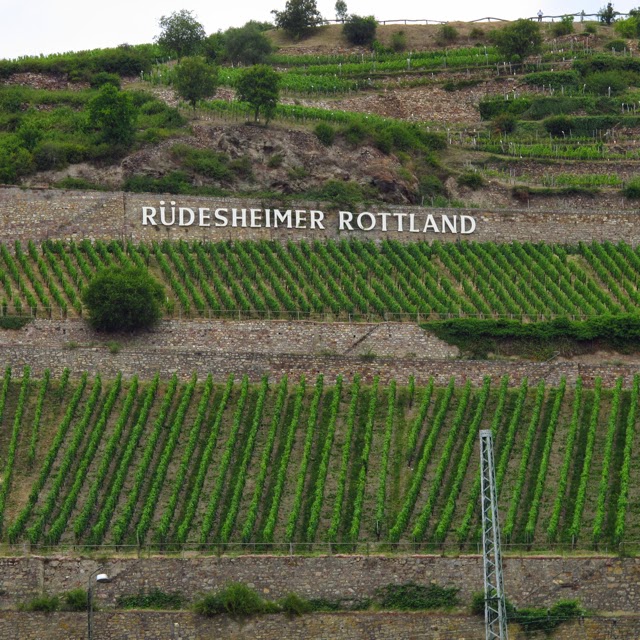 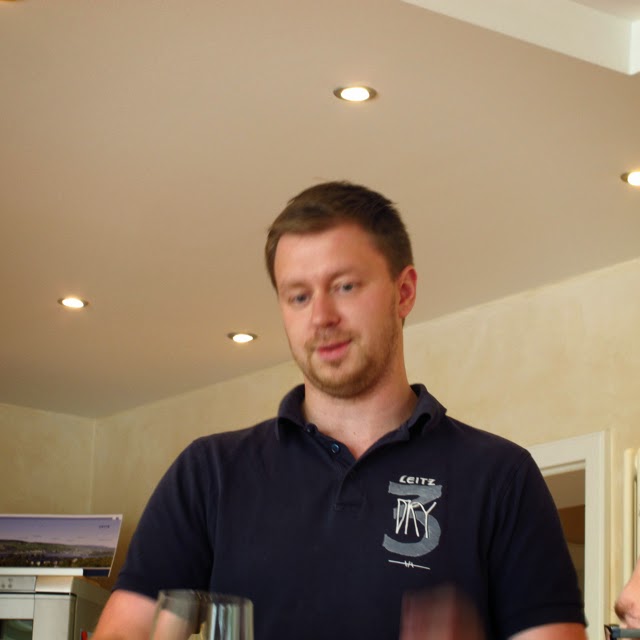 Tobias, the general manager at Leitz 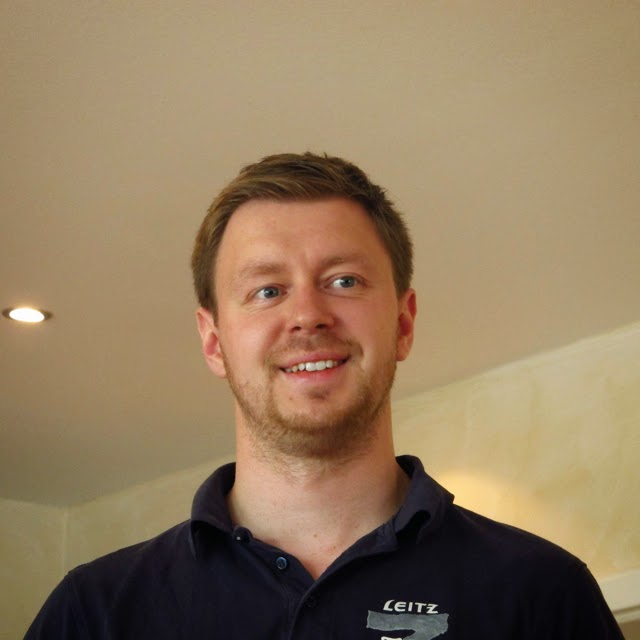 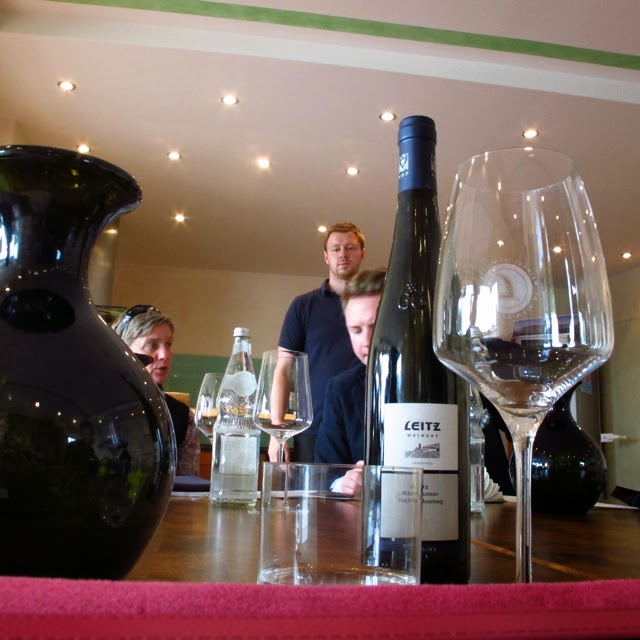 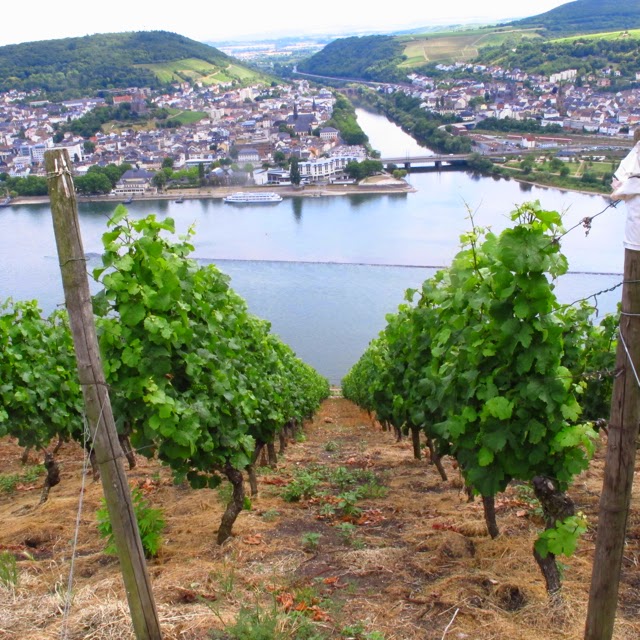 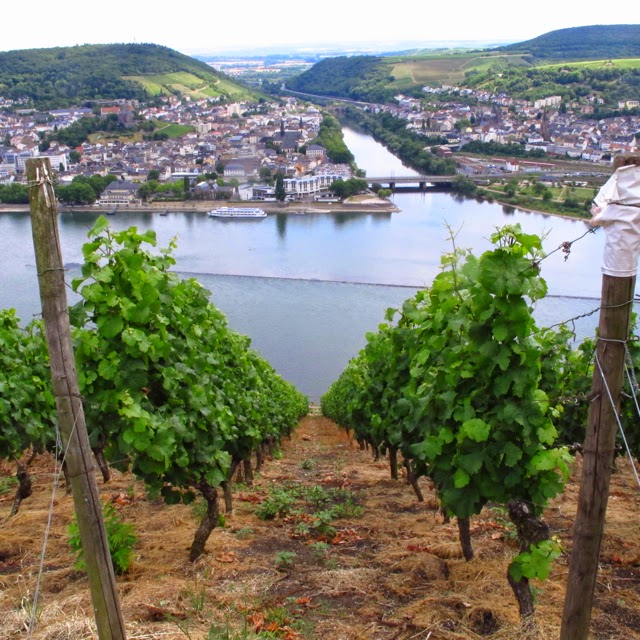 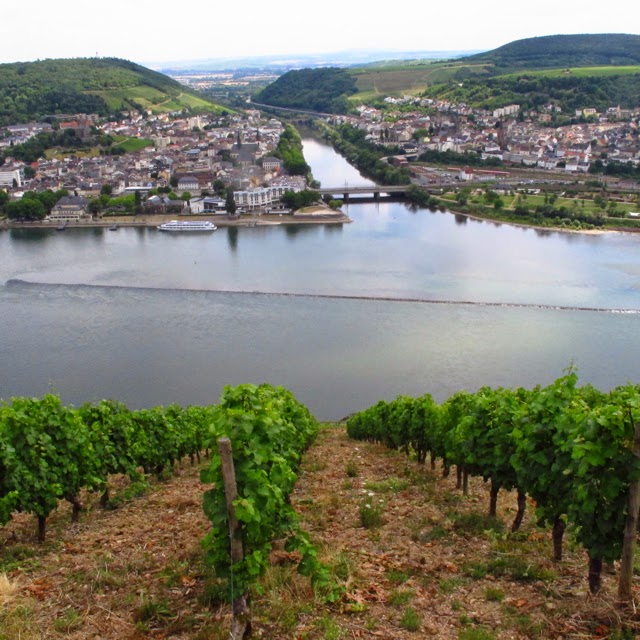 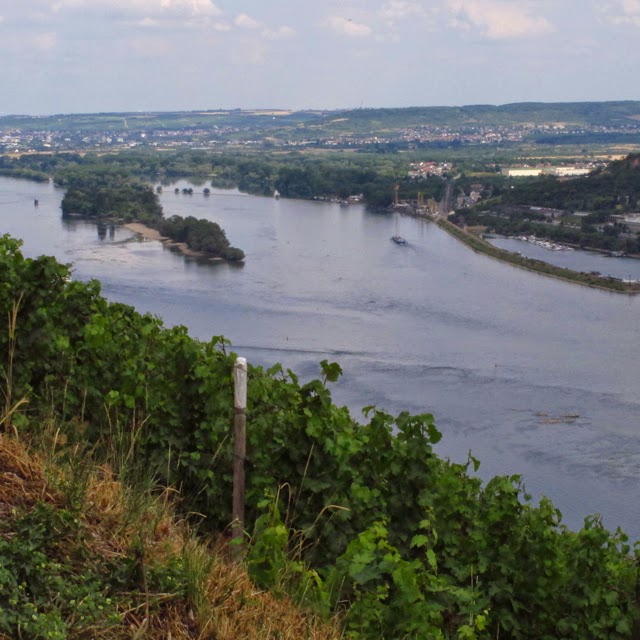 Steep slopes and the Rhine 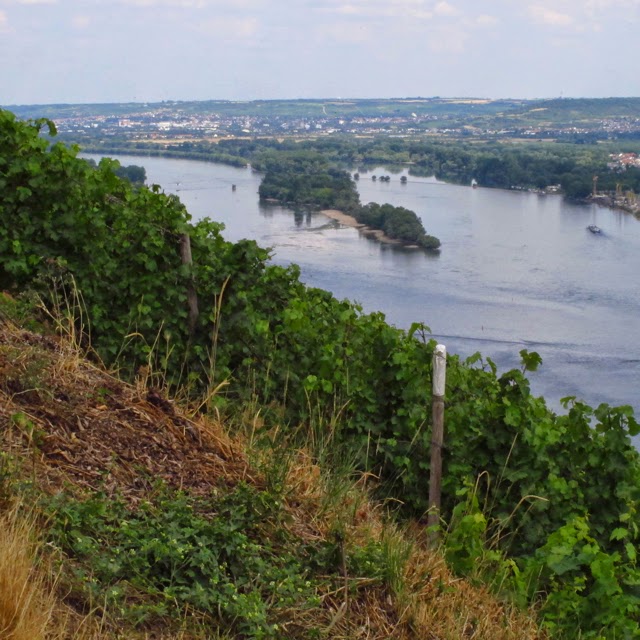 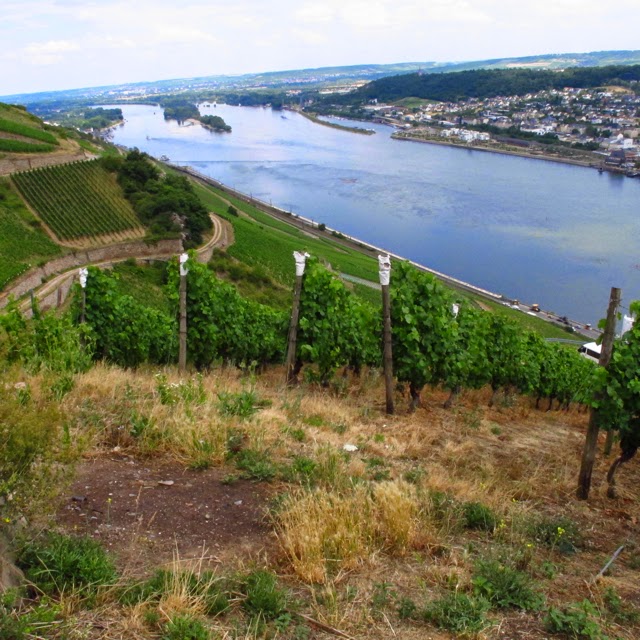 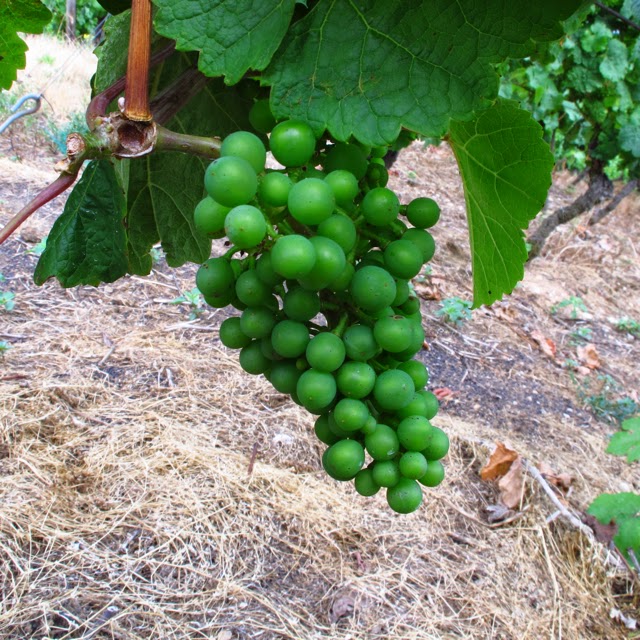 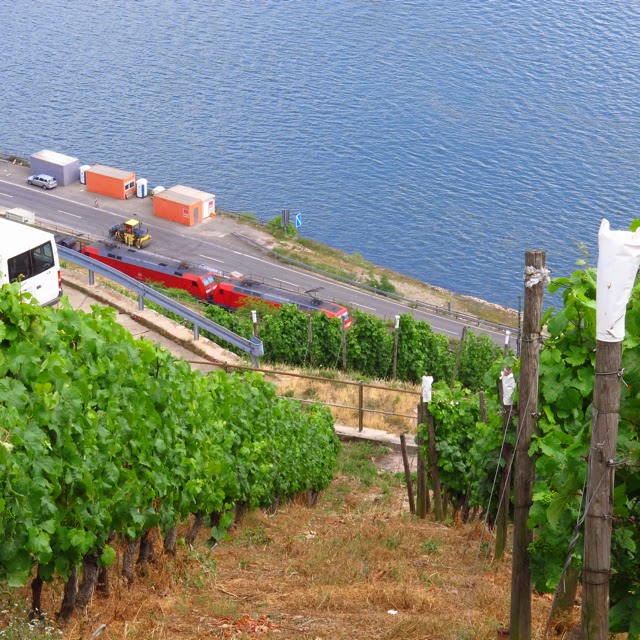 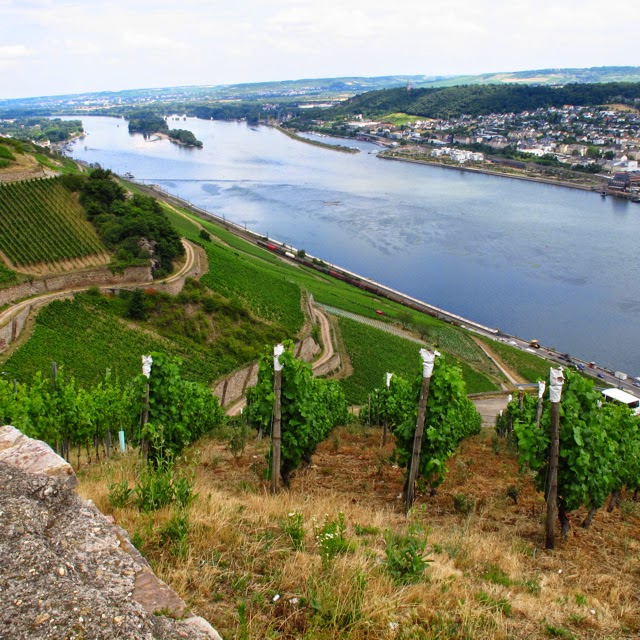 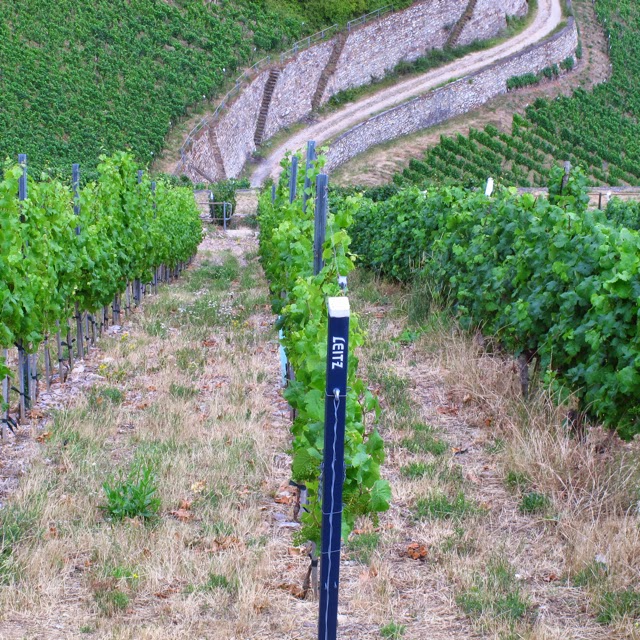 Leitz Vineyards (above and below) 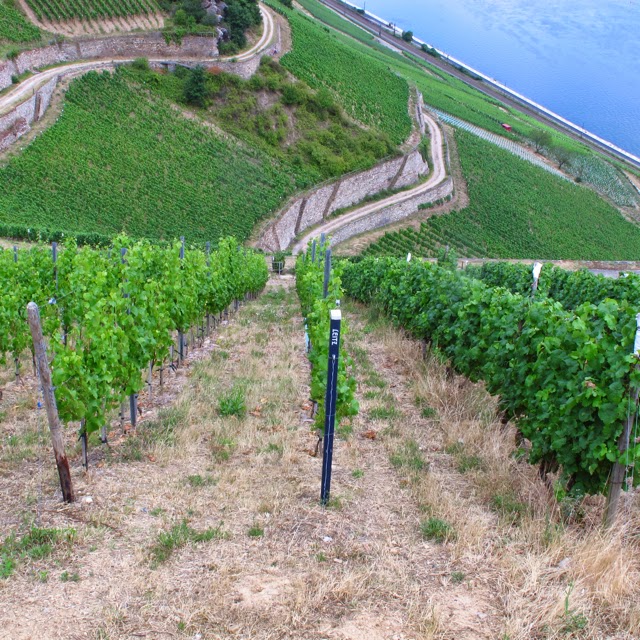 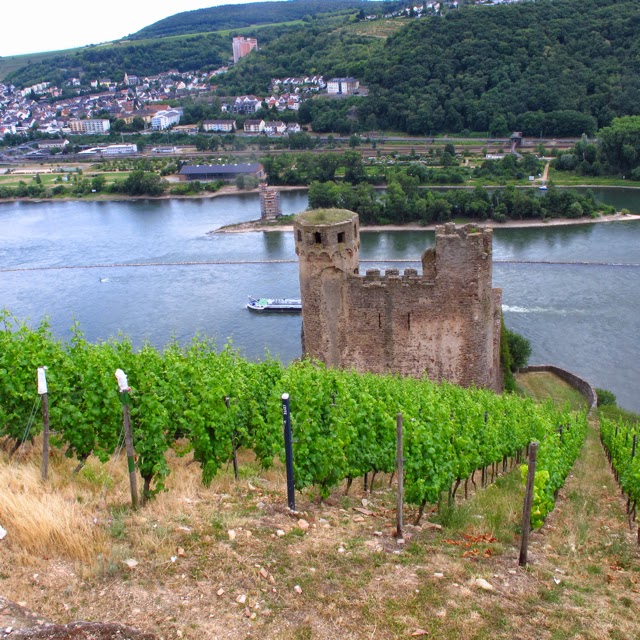 Leitz Vineyards above the fortress by the Rhine 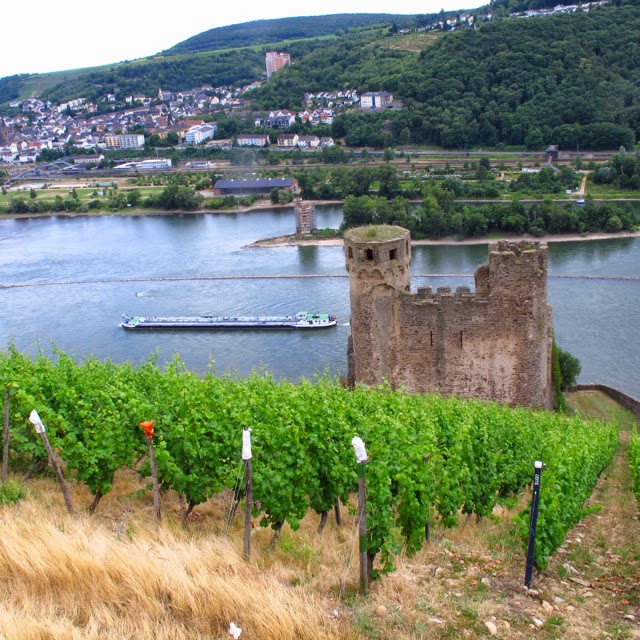 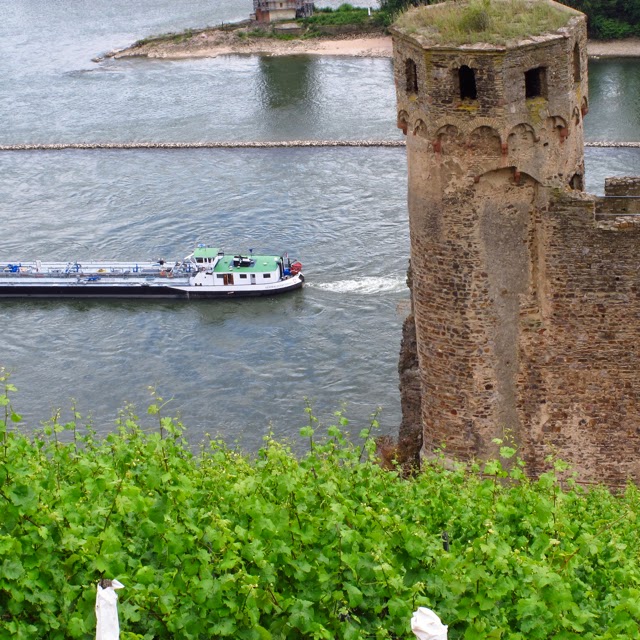 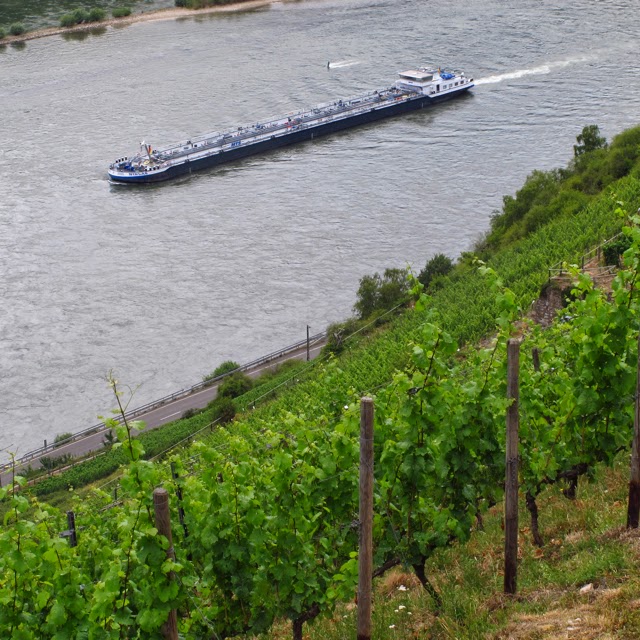 Straight down to the Rhine 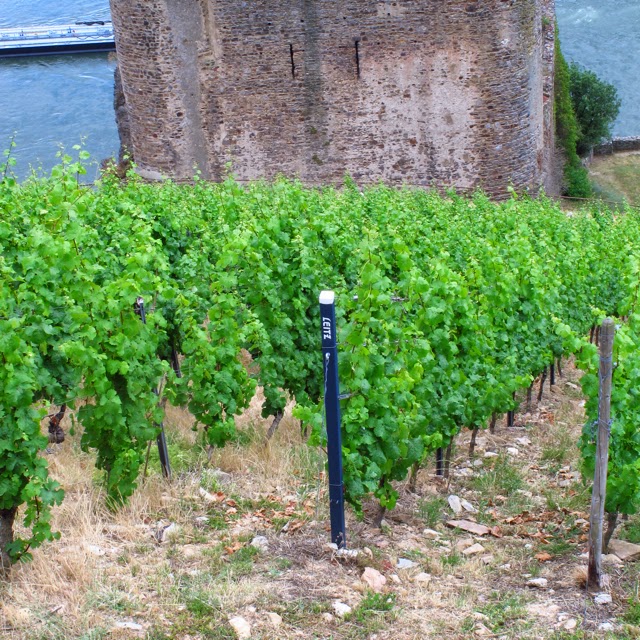