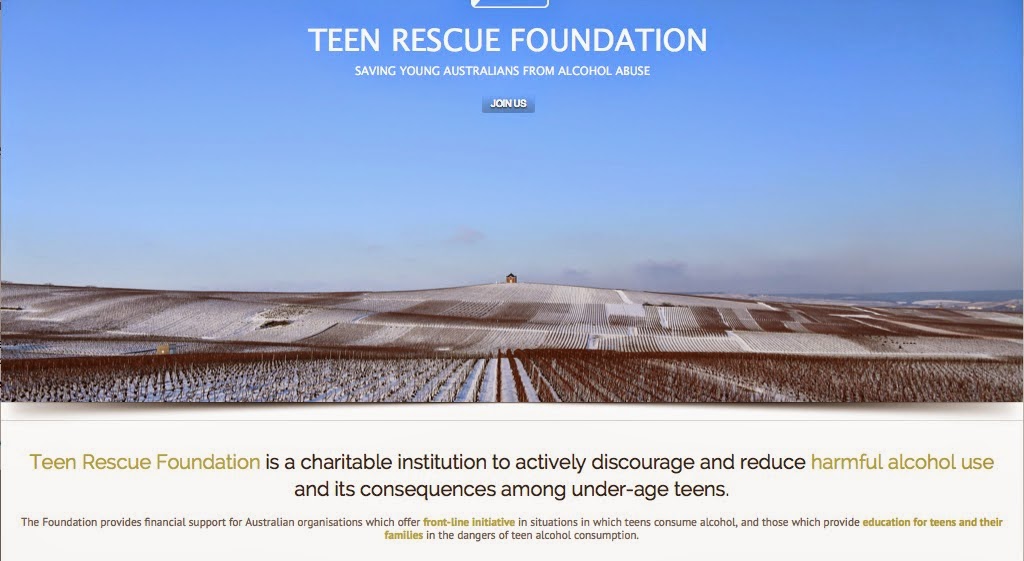 'Every week in Australia, one teenager between the ages of 14 and 17 dies as a result of alcohol abuse. Rates of drinking at harmful levels among 12-17 year olds have doubled in the past two decades. One in twenty 12-15 year olds engages in regular binge drinking, one in four 16-17 year olds and almost one in two 18-19 year olds. One in two Australian teenagers who get drunk do something they regret. The alcohol problem costs our country $7 billion a year.

The statistics are alarming. But they are turning around. The latest research reveals a remarkable trend: for the first time in decades, rates of underage alcohol abuse are on the decline. Years of work are paying off. The initiatives are working.

Every year across Australia, teams of thousands of organised volunteers are active day and night in schoolies weeks, university o-week parties, camps, music festivals and sporting events, actively looking out for young people, encouraging them to be responsible and picking up the pieces when they’re not. Habits are changing. Young lives are being saved.

In hundreds of schools across Australia every year, experts are presenting the truth about the dangers of underage alcohol abuse to thousands of teenagers and their parents.

The urgency of this vital work is rising, and more and more volunteers are stepping forward to the front line. Organisations like Red Frogs and Scripture Union are expanding their programs.

More resources are needed to train and resource these and other such important operations.

Matthew Jukes: Tweet' Whatever you do today make sure you look at @TysonStelzer new initiative on teen alcohol abuse - incredible work. http://teenrescuefoundation.org.au'

Do please do take a look and show your support by joining – it's free. Then spread the word.
http://teenrescuefoundation.org.au/