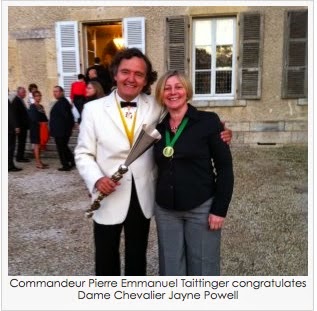 Non-vintage Champagne is designed to have a consistent flavour. A consistency that is woefully lacking in the Champenois's widely acknowledged thirst for litigation.

Step forward Veuve Clicquot who have trademarked a shade of yellow Pantone 137C to protect their NV cuvée. In 2001 VC famously pursued Stefano Lubiana Winery in Tasmania. More recently they went after the small Italian producer Ciro Picariello over an allegedly similar colour label for their small production of sparkling wine. Photographs with VC and CP suggested that the labels were a different shade. Nevertheless VC entered into 'amicable conversations' with the Italians.

It is, of course, understandable that the Champenois are keen to protect their intellectual property and trademarks but they surely should be consistent. 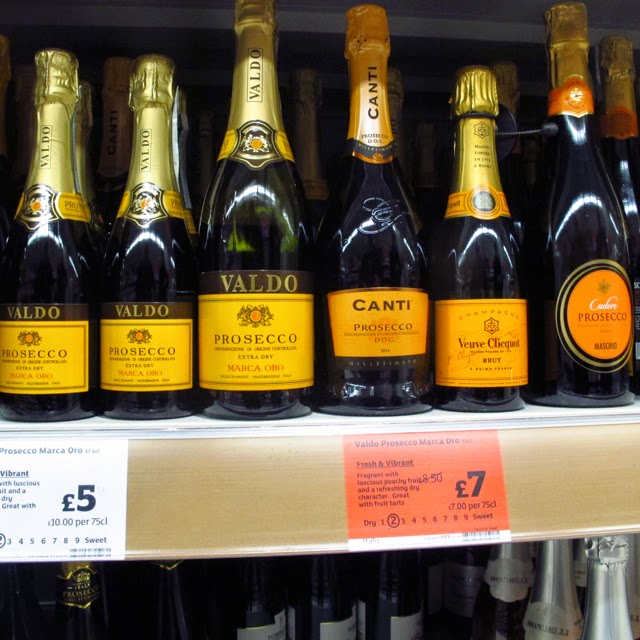 Profusion of yellow-orange labels on sparkling wines but
apparently no complaints so no confusion...

Step into a Sainsbury's supermarket and head to the sparkling wine shelves here there are a host of brands - mainly Proseccos with yellow orange labels, which could be confused with Champagne. Yet there are no reports that VC has warned or started proceedings against brands of Prosecco whose labels could be confused with those of Veuve Clicquot. Is the apparently different treatment down to the Prosecco producers having deeper pockets than either Stefano Lubiana or Ciro Picariello? 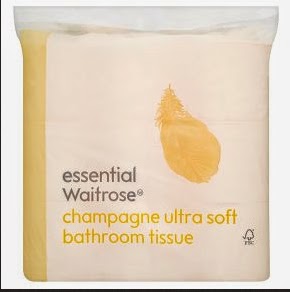 
'As part of the essential Waitrose range, this toilet tissue offers all the quality you’d expect at a price you wouldn’t. The pack contains 9 rolls of 2 ply tissue, each of which is made up of around 240 sheets. Though this pack is champagne coloured, other shades are available to complement your bathroom.'

Champagne Jayne might fairly be accused of tarnishing Champagne´s image if she had said that 'Champagne's yields are eye-wateringly high, it is made with barely ripe grapes and that Champagne provides significant support for Northern France's sugar beet industry, which supplies the necessary added sunshine.' Jayne has not done this.

Instead Jayne has been a champion of Champagne, so it is all the more curious that the CIVC appears to have gone after her with striking ferocity. They seem to be all too prepared to grind a sole trader into the ground. Someone, who Pierre Taittinger was prepared to induct her into the Dame Chevalier de L'Ordre des Coteaux de Champagne on 8th September 2012.

It seems likely that the blue touch paper for this dispute was lit in 2012 by when Jayne successfully trademarked her moniker Champagne Jayne, which she had been using for her business since 2003. Her trademark was approved in July 2012 and the CIVC lodged their opposition to the trademark on 1st November 2012. It is possible that the CIVC were unaware that 'Champagne Jayne' was being trademarked otherwise they presumably would have objected before approval was given.

CIVC's claim was lodged in December 2013. They have extended the claim on several occasions. In March 2014 the judge ordered mediation but that clearly failed. The CIVC subpoenaed Accolade Wines in June 2014 presumably in the hope that this would provide incriminating evidence that could be used against her.

Their case will be heard in the Federal Court in Melbourne starting on Monday 15th December and is estimated to last four days. It is reasonable to assume that it is the Champain lawyers who have asked for four days rather than Champagne Jayne. Quite probably in the hope that she will capitulate rather than face the possibility of losing and the associated ruinous costs as well as providing them with substantial fees for their four days work.

Equally, while Jayne certainly has a bubbly personality, it would be difficult to mistake her for a bottle of Champagne. 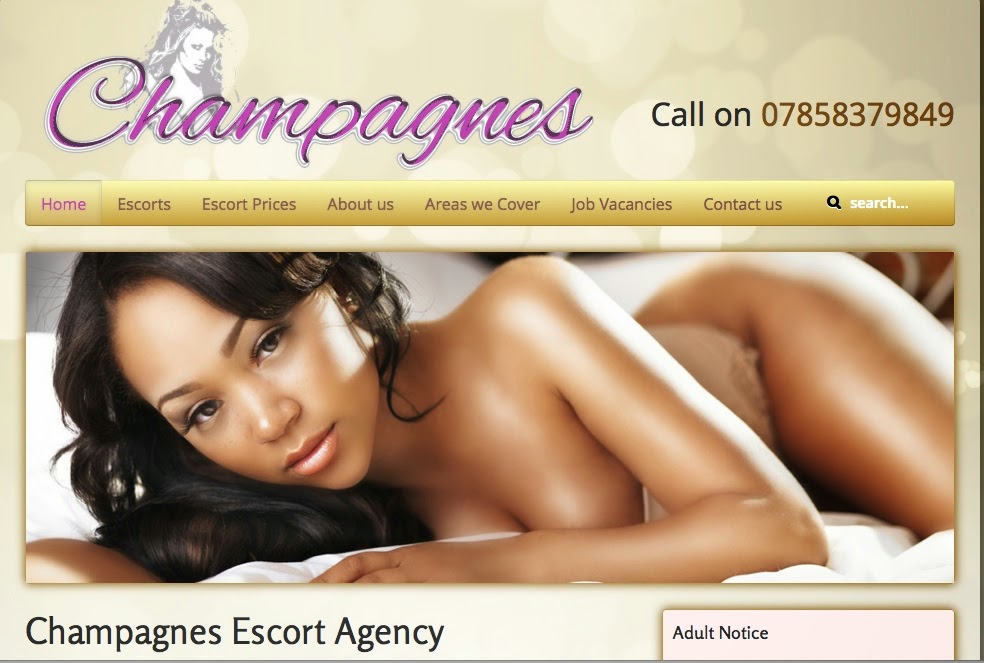 Champagnes Escort Agency, a Milton Keynes, Luton, Bedford and London Escort agency, provide an escort outcall service with a variety of sexy, beautiful and friendly ladies ready to discreetly visit you in your home, hotel or a location of your choice.'

While Jayne Powell is alleged to have 'tarnished' the image of Champagne, as far as I know the CIVC have not been in touch with Champagnes Escort Agency. Perhaps the CIVC considers that Champagnes enhances the image of Champagne. I wonder whether the girls are under contract to insist that their clients drink only Champagne and that if the client tries to buy a bottle of Prosecco, Cava or other sparkling wine, the escort makes her excuses and leaves?

If the Champenois treats its friends like this, what does it mete out to its enemies .....?

What about Champagne truffles? And Champaign, Illinois? Will they be sued next?

Bob: Assuming that Champagne truffles contain some Champagne they should be OK.. If Champaign Illinois makes something fizzy and uses Champaign in the name then there could be a problem.