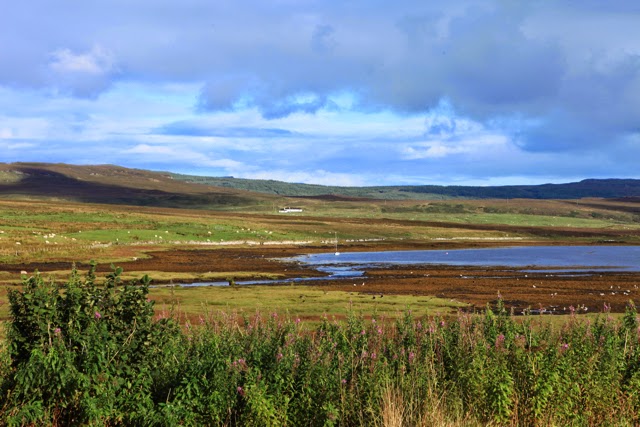 The view northwestwards from Edinbane 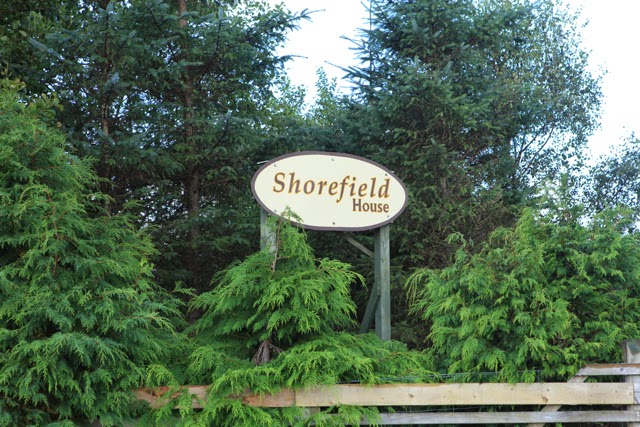 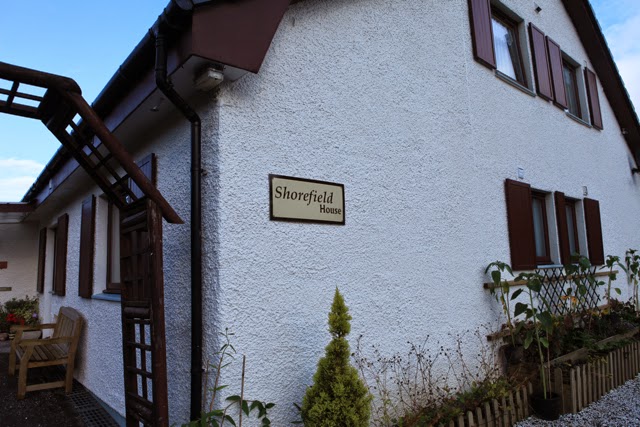 We spent three nights in Edinbane up on the north coast of Syke between Portree and Dunvegan and stayed at the very comfortable and well appointed Shorefield House B&B. Generous and delicious breakfast. Certainly highly recommended. 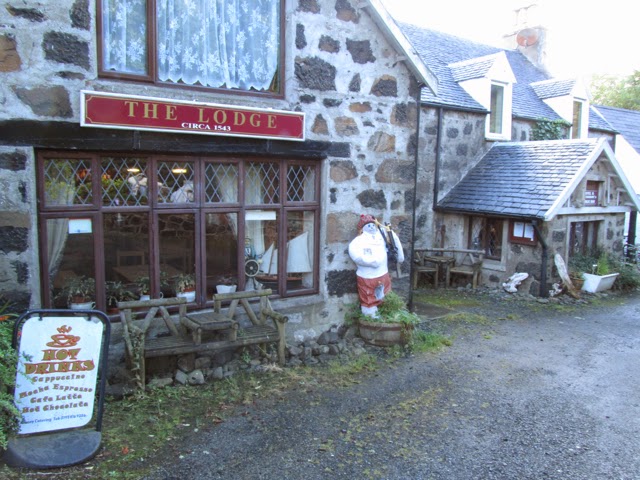 The Lodge: bar, restaurant and hotel

The first night we ate at The Lodge, one of two eating places in Edinbane. Given that the owner is in Paisley with a lung condition, it is probably best to draw a veil over the meal here. However, there really is no excuse for overcooked and reheated mussels. Unsurprisingly there were few people eating at The Lodge. 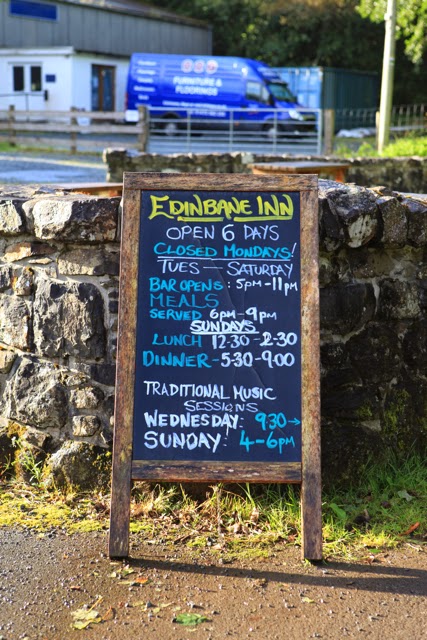 Edinbane Inn (above and below) 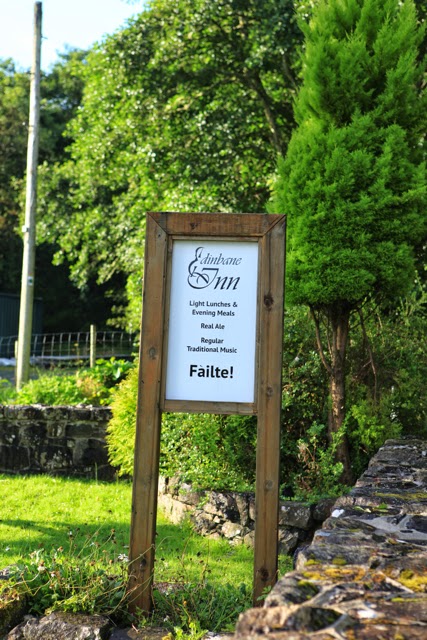 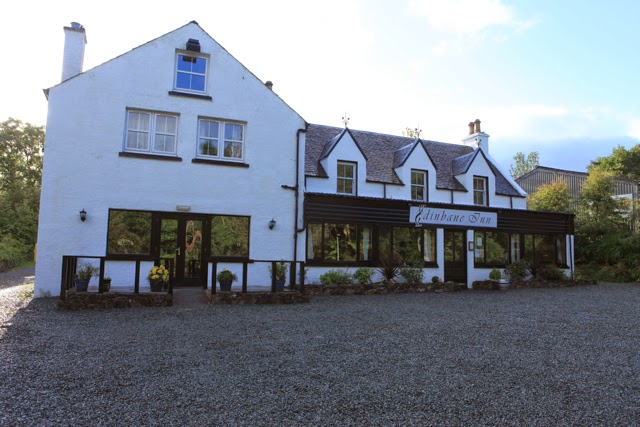 Edinbane's other eating place is the Edinbane Inn – the contrast with The Lodge could not be starker. The Inn is very professionally run serving good food and is deservedly very popular. 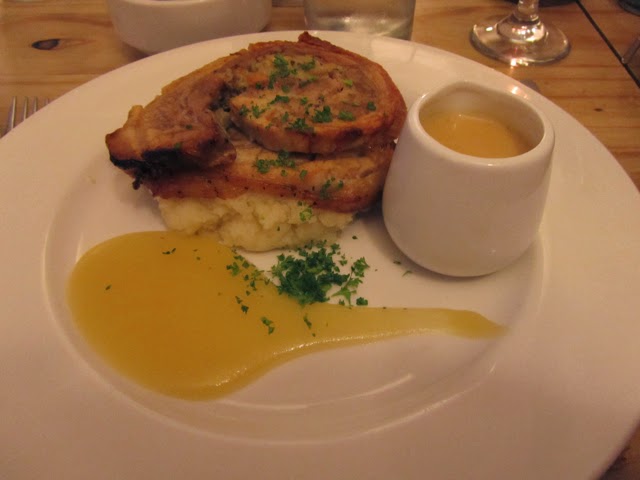 
On Wednesday and Sunday there is live music at the Edinbane Inn and we were lucky enough to be there when Peter Morrison of the Peat Bog Faeries was sitting in. His finger technique on the various pipes he played was fabulous. 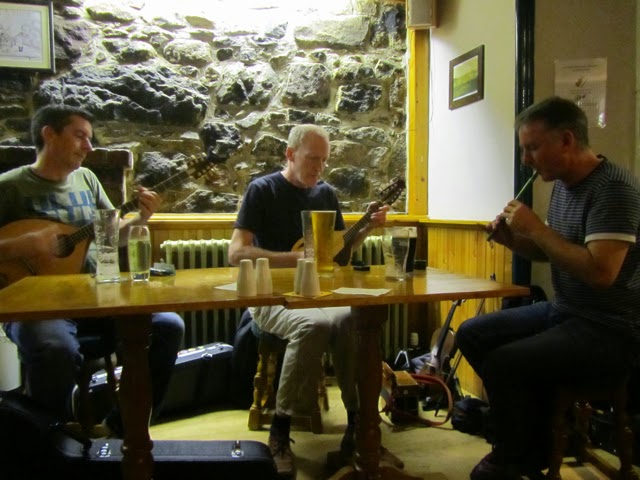 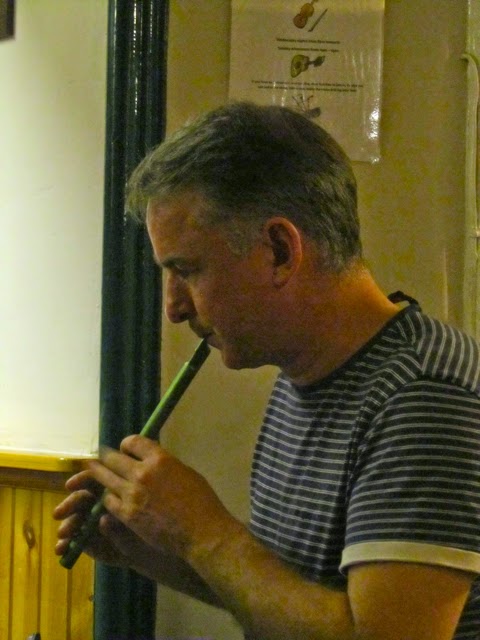 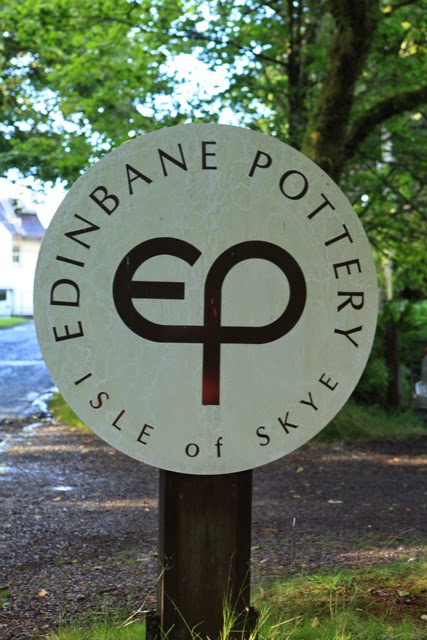 Edinbane Pottery – the most famous business in the village 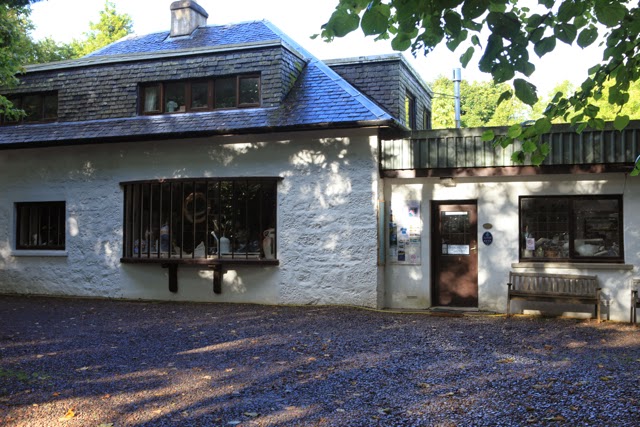 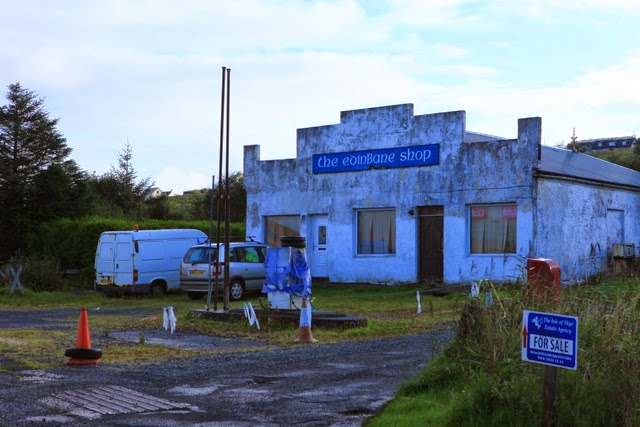 The Edinbane Shop – no more 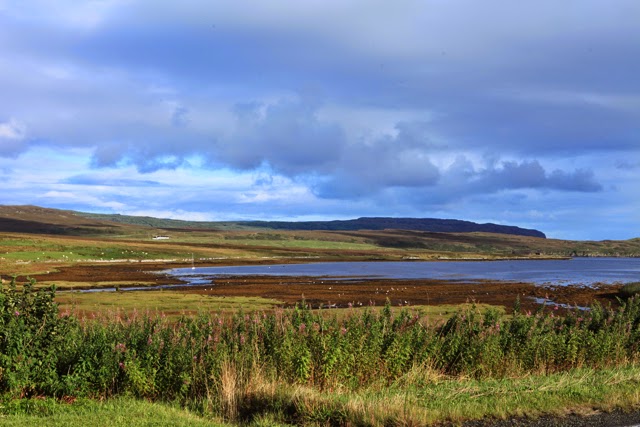