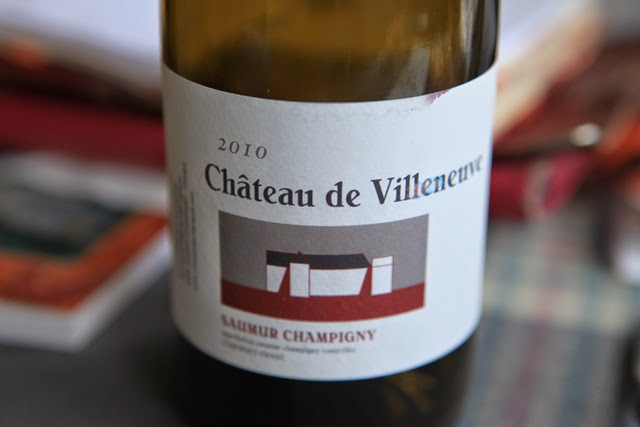 
August is rapidly disappearing with September just around the corner, so my thoughts are naturally turning to the impending 2014 Loire vintage. After the difficult years of 2012 and 2013 and 2011 not always that easy with plenty rot about, will 2014 produce wines as good as those from 2010 – certainly my pick for the best Loire year of the second decade. The 2010 Saumur-Champigny (the straight domaine) from Château de Villeneuve is drinking beautifully now  – its concentrated and richly textured black fruits well balanced with acidity in the finish.

To date (fingers firmly crossed) the Loire has escaped catastrophes in 2014 – no frost, no reports of bad hail damage – although Vouvray wasn't far off being hit for a second consecutive year in early June. The flowering passed off quickly and successfully. September tends to be the crucial month for the Loire but what of August 2014?

Climate stats from two Loire met stations – Tours and Beaucouze (just to the west of Angers) – show that this August has to date been cooler, wetter and with less sunshine than the average (1981-2010). Stats for 2014 only go up to 28.8.2014 for the final figures will be a little different.

A cooler wetter August may suggest that the harvest could start a little later than initially thought. It will have thrown up its own challenges. Although at Tours the 2014 rainfall (78.1mm) is well below the record 169.5mm in 1963, the figures in Anjou are rather closer: 110.9mm this year against 134.5mm in 1965.

Given that we talk about weather being so much more unpredictable today, it is interesting to note that at Tours the driest August has been 1961 with just 0.8mm for the month, while two years later – 1963 – has the record for being the wettest.

Here's to a drier September!