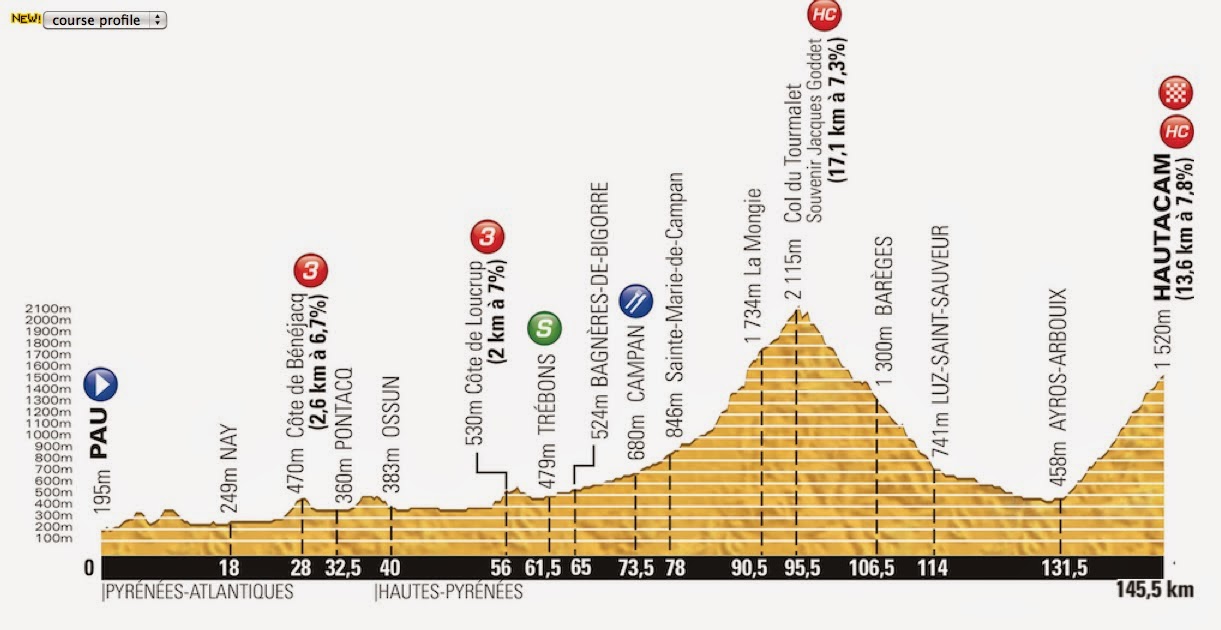 Today's relatively short but tough stage with the climbs of the famous Tourmalet and to the finish atop Hautacam is the last mountain stage in this year's Tour. It would not be a surprise to see Nibali further cement his position as Tour leader by winning this stage. The real battle will be for the podium places with Valverde and Pinot keen to strengthen their positions before the time trial on Saturday and the threat from Jean-Christophe Peraud. Pinot's FDR probably made a mistake yesterday by going hard on the penultimate climb, leaving Pinot without enough teammates for the final climb.

The Hautacam was the springboard for Lance Armstrong's doped up Tour victory in 2000.

Should be another exciting stage to watch.
Posted by Jim's Loire at 09:59