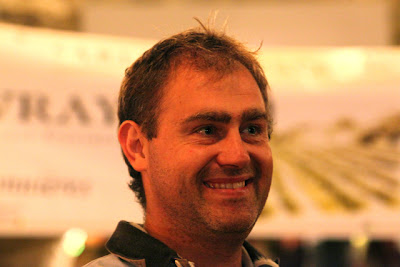 
On Tuesday I went to the 50th edition of Foire aux Vins de Vouvray, which is always held around 15th August. This event never attracts the top names in Vouvray but is an opportunity to taste wines from lesser known properties. Many of the producers here concentrate on making sparkling Vouvray with the still wines as something of a sideline.

As in 2009 I found the wines of Laurent Bonneau (Domaine de la Croix des Vainqueurs), a step up from the rest. More weight, concentration and complexity in the 2010 Sec and two lovely sweet wines from 2009: a moelleux and Lubin – a liquoreux. The moelleux has 90 g of residual sugar and has a lovely delicate balance of honeyed and apricot fruit. Lubin is named after Laurent's son who was born in 2009. Lubin is much richer with 200 g of sugar and is impressively rich but has the acidity to balance it – one to sip at the end of a meal. 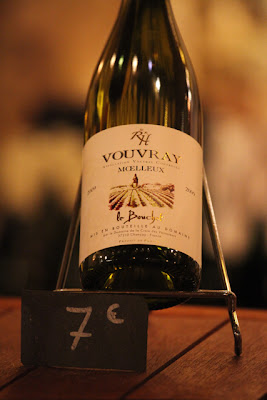 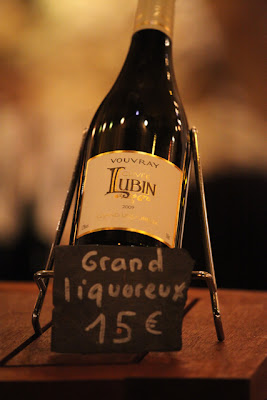 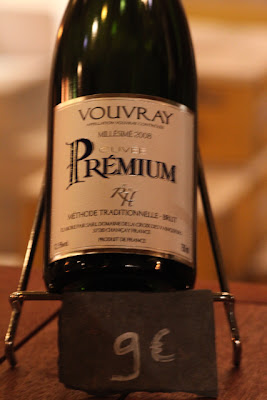 New to the Bonneau range is Premium, a sparkling Vouvray which spends four years sur latte. Premium is designed to hit the price point between cheap Vouvray fizz, which spends around a year sur latte and Champagne. At 9€ it is more expensive than most Vouvray mousseux but also has more character with its aromatic honeyed, toasty aromas and slightly oxidative style – ifferent from the often lemony sparkling Vouvrays.

Some other producers present at the Foire: 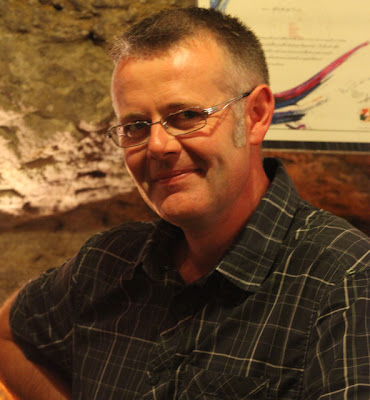 
I liked the more recent bottling of Christophe Boutet's 2011 Sec over one that was bottled in the Spring. This had benefited from a longer élévage giving it more weight, character and length with an attractive touch of bitterness in the finish. Christophe is based in La Vallée Chartier, Vouvray and has 10 hectares of vines. 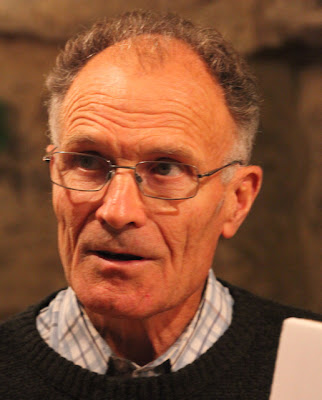 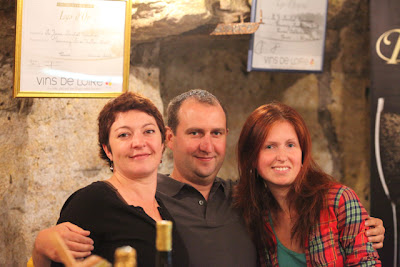 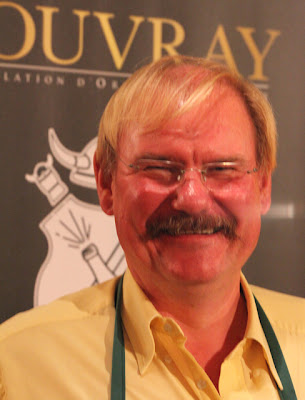 Lionel has 17 ha of vines mainly on argile-silex (clay and flint known locally as Perruches) and is based in Reugny. I liked his expressive and honeyed 2008 sec. 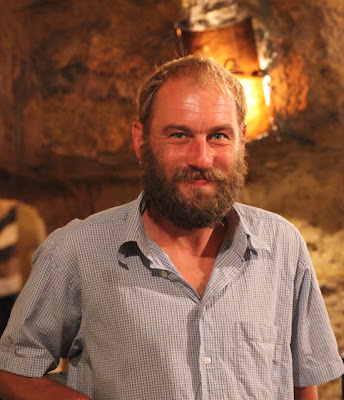 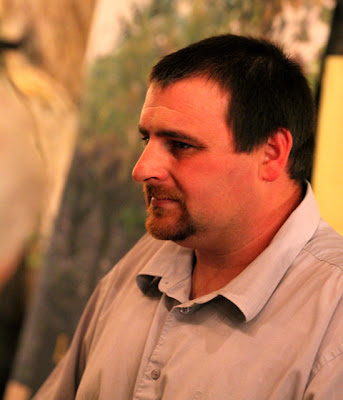 
In 2009 Vincent and Francis Poussin took over the family estate, which was founded in 1982. They have 25 hectares of vines with 18ha in production. The 2008 demi-sec with 30 gms of residual sugar shows a honeyed and exotic fruit character, especially lychees. 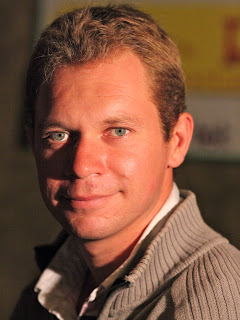 Sébastien Rouger (above and below) 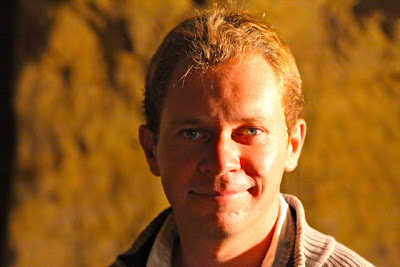 Sébastien Rouger (Domaine de la Morinière), who is based in Reugny, started in 2003 and has gradually built up to 10 hectares. 90% of his production is currently sparkling but is intending to increase the proportion of still wines made. The 2011 Sec shows some promised. Someone to watch?