Ange Vin: a white and a red 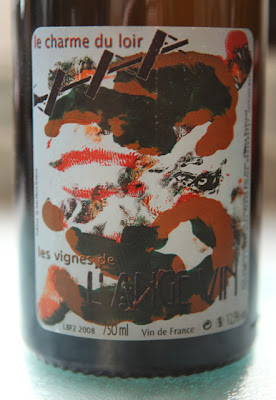 Two more wines tasted from the selection of new wines from Les Caves de Pyréne. This time two from Jean-Pierre Robinot's L'Ange Vin in Chahaignes in the Valley of Le Loir. When I have tasted Robinot's wines before I have felt that they have been on the cusp between success and failure – or perhaps the cusp between being enjoyable and just being too weird. For me some of his wines work and some don't.

Fortunately both Le charme du loir and Le regard work, although I had my doubts when I smelled Le regard immediately after I had opened it but the curious aromas soon dissipated. I do wonder, though, about the use of now rather unfashionable heavy bottles.

The 2008 Le charme du loir is 100% Chenin Blanc. Light golden in colour with quite yeasty, mousseron aromas it has quite rich apricot and honeyed fruit and crisp acidity. Its slight oxidative style adds complexity. Should not be served too cold to enjoy this at its best. Could also be kept a number of years. 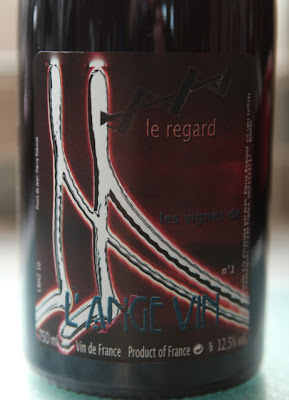 The 2009 Le regard is 100% Pineau d'Aunis and is typical of this variety with its light slightly bricky red colour and peppery fruit along with other spices including cumin, I fancy. Less complex than Le charme but certainly a bottle to enjoy with friends.
Posted by Jim's Loire at 09:58