1855: Why does Jean-Pierre Meyers support a company labelled by France2 as an 'arnaque'? 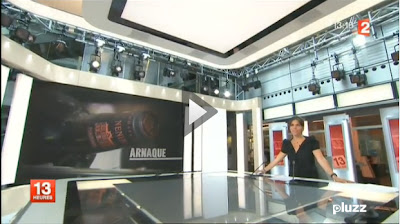 
Having arrived in France early this morning and the Loire by early afternoon, I have now been able to review the news item of 1855 that was broadcast on France2 on Friday afternoon.

The link is here. The item on 1855 can be found around 17.45 minutes into the broadcast. It features a customer (Gilles Rémy) who ordered some 60 bottles of Bordeaux en primeur (2000 euros worth) from 1855 that should have arrived in 2007. In March 2012 he received judgment in his favour. Despite this he still has not received his wine nor has he been reimbursed. He and his lawyer have started legal action to close down the 1855 internet site. The case will be heard in late September and the result will surely be eagerly awaited by many. 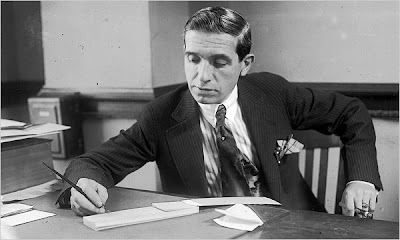 I find that Fabien Hyon, md of the 1855 group, has a considerable physical likeness to the celebrated Charles Ponzi 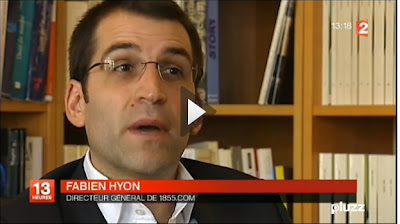 
Fabien Hyon claims as he and Emeric Sauty de Chalon have done on a number of occasions in the past that yes the company has had financial problems but these will now be sorted as they have just had a new injection of capital. France2 clearly were not convinced by M. Hyon's assurance.

The France2 broadcast has arnaque (fraud) as a clear background title. I have to wonder what Jean-Pierre Meyers, a director of L'Oréal and Nestlé and one of the main shareholders of 1855 thinks of his association with a company that has now been so publicly labelled as fraudulent?