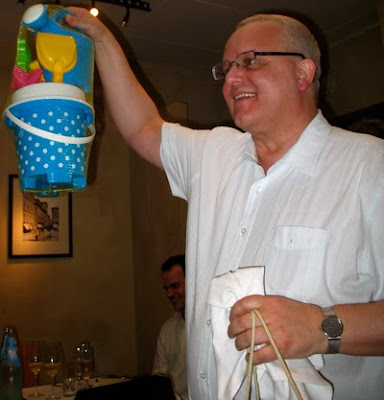 Tom Stevenson: holiday prize – bucket and spade that will double as a chiller for his Champagne
At the lunch for the regional chairs that concludes the Decanter World Wine Awards there are always a few prizes for some of the judges. For the third year the lunch – very good indeed – was held at Enoteca Turi in Putney, London. Sarah Kemp, Decanter's publishing director, presented the awards.
Following his message to the wine world earlier this year (see below) that he would be chained to his desk due to various impending book projects, Tom Stevenson received a bucket and spade set appropriate for a man who needs a holiday.

Message to the wine world from Tom Stevenson


‘I have to complete a major revise of my Sotheby's Encyclopedia by April of next year, a major revise of my Christie's Encyclopedia and a completely new book for Sterling by the end of this year, then start an amazing five year project for Wiley USA. I managed to complete all my Sotheby's and Christie's revise travelling in 2008 and 2009, and must now chain myself to the desk for the rest of the year, relying on an automated response to decline invitations without reading them and risk getting seduced! But please put me back on your invitation list next year.’ 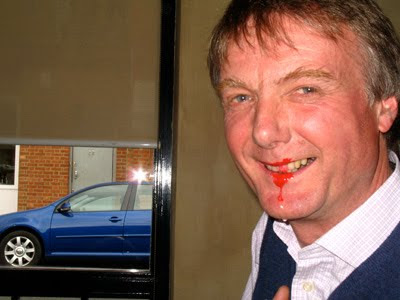 John Livingstone-Learmonth will be appearing as Dracula in Jacques et Le Bean-stalk@Le théâtre du Grenache in Châteauneuf-du-Pape later this year
John Livingtone-Learmonth received the 'easy virtue ' prize – once the most parsimonious of regional chairs when awarding golds, John has been able to award many Rhône golds this year.

Giles MacDonogh and Richard Mayson were joint winners of the Horlicks Award given to those who are the latest to finish their daily judging sessions. 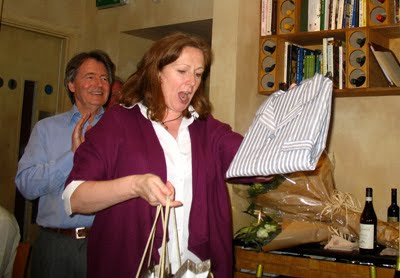 Surely the parsomony award for least golds should go to the Loire panel Jim?

Chris. I suspect you may well be right.