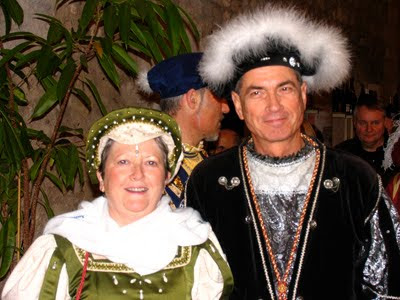 Visitors to the Foire in costumes from the time of François I
I went to the first morning of the Foire aux Vins d'Amboise, which is on for the three days until Monday and is held in the tunnel under the château. Conditions weren't ideal for tasting as it was cold in the tunnel, so all the wines were cold making the whites closed up and unexpressive, while many of the reds were tight with the tannins to the fore.
The overall standard of the wines was well below that at the Fête des Vins de Bourgueil last weekend. There were a few really very poor whites from some quite large producers.
The following producers impressed – little change on last year! 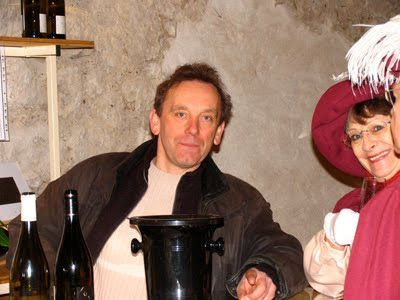 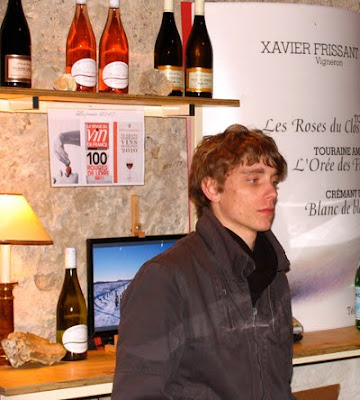 The son of Xavier 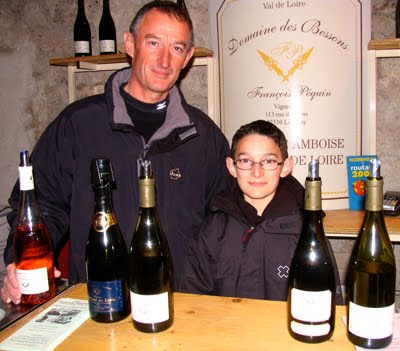 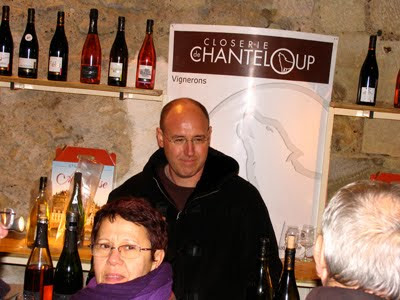 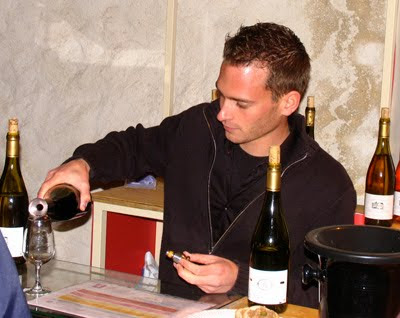