I have just received the latest round up of news about the project. The plan is for the project to continue on into 2009 and to now start to look at other export markets apart from the UK. There will be a new Ambassadors' Selection made in 2009 – likely to be from the 2007 and 2008 vintages. 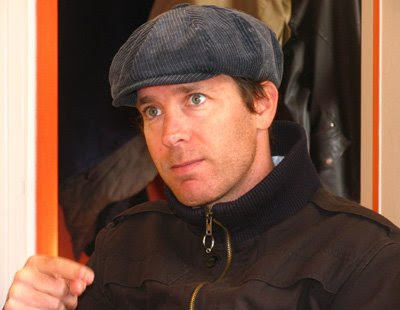 Sam Harrop MW
A personal view from Project consultant Sam Harrop MW
I have just returned from a whirlwind trip to the Loire where I was evaluating several 2008 winemaking trials. During the visit, I managed to taste a number of 2008 Cabernet Franc and I am delighted to report that quality looks impressive. Of course it's too early to say if 2008 is a great vintage, but early indications suggest it is well above average in quality.

The Institute of Masters of Wine (IMW) tasting: 2nd October 2008
Standing up in front of your most highly qualified contemporaries and inviting criticism of your work takes a lot of backbone. But that is exactly what Harrop did at the IMW Cabernet Franc tasting on 2nd October 2008. His pizzazz paid off and the Project, the Ambassador wines and Cabernet Franc, were roundly praised.

‘I think this is a very good Project. The wines we tasted are wonderfully approachable. They have lost the old rusticity and are more refined. They demonstrate better wine making,’ said author, Rosemary George MW. Liz Robertson MW, consultant, agreed. ‘I was astonished and thrilled by the purity of the fruit in these wines. It proves that the herbaceous flavours do not have to be there.’

I'm certainly not an expert when it comes to this 'project' but it seems to me that the last thing I'd be likely to enjoy is a wine made according to a 'protocol' devised by an MW and intended to take a wine and make it 'export friendly.' This just smacks of commercialism and soullessness. Maybe I'm wrong....

Anon. I understand your doubts and shared some of them at the start of this project. However having tasted the results on a number of occasions, I think this project has been positive. It has encouraged growers to exchange ideas and Sam Harrop has encouraged producers not to rush in and pick when the fruit isn't properly ripe.

There is nothing in the protocol that the best producers have not long been doing.