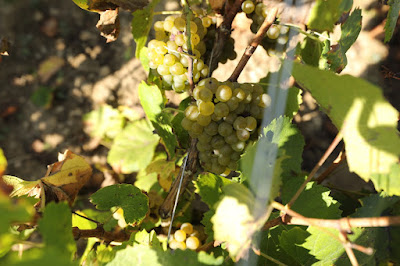 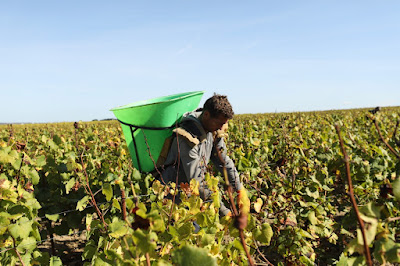 Last Thursday (29th September) we headed to the Pays Nantais to visit a few vigneron in Muscaxdet Sèvre-et-Maine to see how the 2021 vintage is coming along. There is no doubt that overall that 2021 is a small harvest. However, there are considerable variations between producers and vineyard sites. Some unfortunate producers like Fred Niger (Domaine de l'Ecu) have made virtually nothing. Others in privileged sites have harvested up to 45 hl/ha. It depends on which sites escaped the succession of April frosts, the various hail storms and what grapes producers had left weren’t devoured by mildew.

Pierre-Marie Luneau: "We are on the last lap – we'll finish on Monday. We started on 16th September. Overall the yield is small – around 15 hl/ha but it is very variable. La Butte de la Roche wasn't frosted so we got between 20-35 hl/ha. In contrast in other sites you have to really search to find any grapes. In our most affected parcel we got only 6 hl/ha. This year we have a much smaller team of pickers – just 17 whereas other years we have had a team of 60-70, so 2021 has been much more relaxed. Due to the recent fine weather the quality of the grapes that we do have is good with potential alcohols varying from 11.7 - 12.5. "  e e 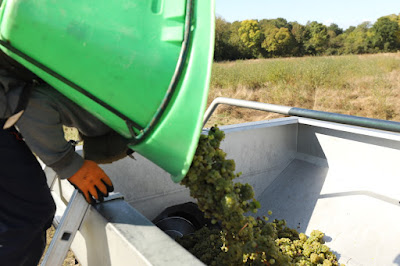 2021 Melon de Bourgogne (above and below) 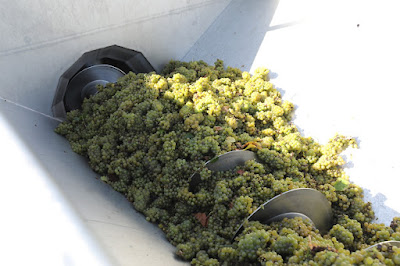 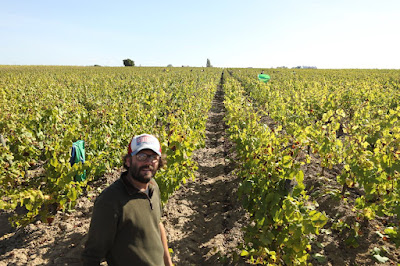 Pierre-Marie Luneau in the vineyard 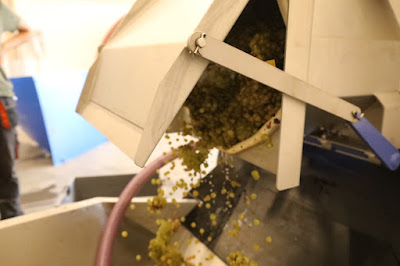 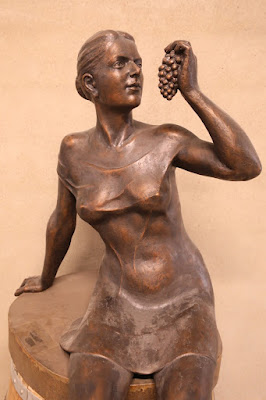 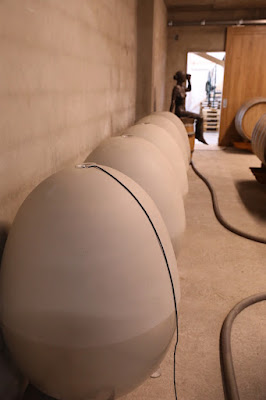 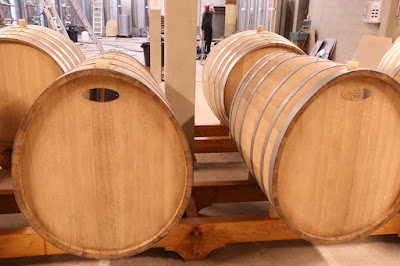 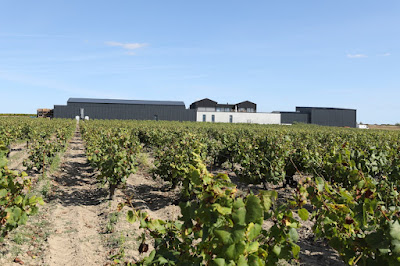 The cathedral of l'Ecu viewed from the south 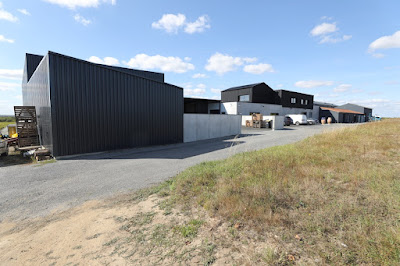 The cathedral of l'Ecu viewed from the east
I made a quick visit to the Cathedral of Ecu (aka Domaine de l'Ecu). Early Setember 2019 was the last time I was in the commune of Le Landreau. The cathedral was then in construction. It is a magnificent winery but unfortunately Fred Niger has been very badly hit this year by a vicious combination of 11successive nights of April frosts, hail in June and mildew. The sad result is that he is only getting 5 hl/ha.
Fred Niger: "This has been an annus horribilis plus!!
Hopefully nature will be kinder next year. 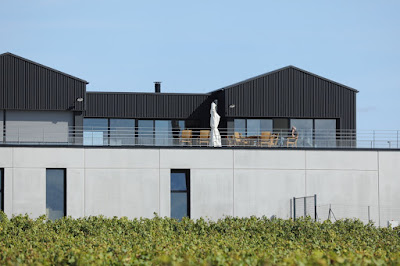 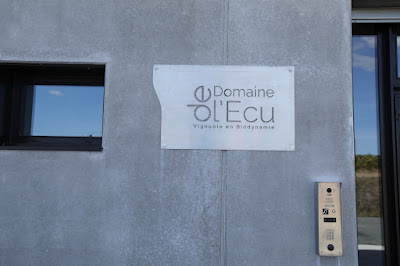 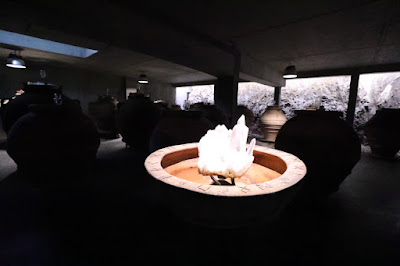 The crypt of l'Ecu (above and below) 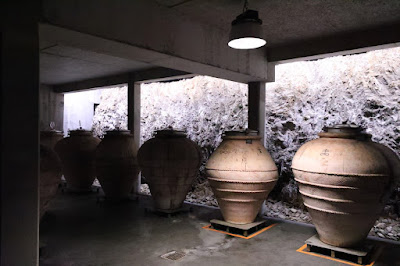 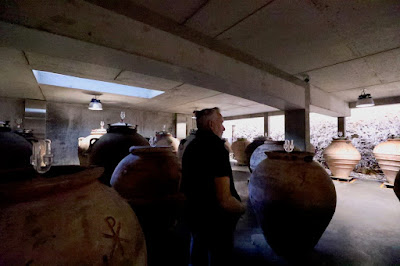 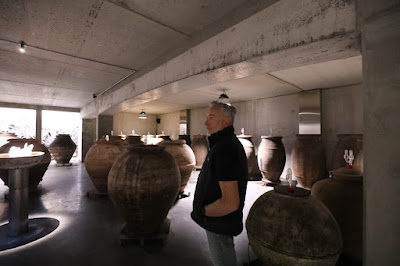 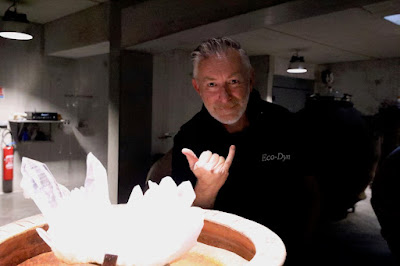 Jean-Jacques Bonnet: "My brother Rémi has retired, so I am now in partnership with Vincent Pineau. With the exception of our Cabernet and Côt, which is not yet ripe, we will finish the harvest tomorrow (Friday). It has lasted 14 days. Our yields have been very variable: on the Butte de la Roche, which wasn't frosted, the yield is 50 hl/ha. Our lowest yield is 10 hl/ha, while overall it is averaging out between 25/30 hl/ha. The frost in 2017 was worse for us because we now have some parcels with frost protection. Through the partnership with Vincent, we are fortunate in having vines in a number of different communes so the risks are spread. We are happy with the quality. The potential alcohols are between 11.5 and 12.5 with acidity between 4.5 and 5.5.

Vincent and François Lieubeau: "2021 is better than we feared. We started picking on 16th September beginning with the young vines that were protected against the frost. Potential range between 11.5 to 12.2/12.3.

We have nearly finished – all the parcels that we pick by hand were finished on Tuesday night. For those parcels where we have frost protection we have a yield of 45 hl/ha. Our lowest yield for Melon de Bourgogne is 10 hl/ha with between 25/30 hl/ha for other grape varieties. We will be installing more anti-frost measures – it is the way forward." 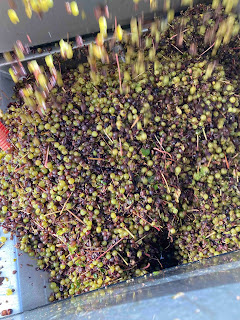