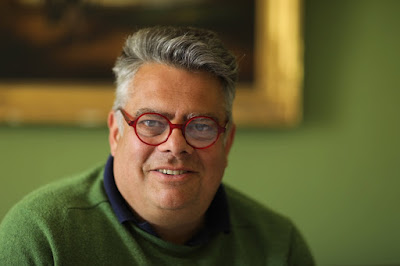 Aynard and his wife Isabelle own the Clos du Porteau in the hamlet of La Vallée Pitrou in Saints-Georges-sur-Cher (Loir et Cher). I first visited them in March 2009 when Aynard was still working for a German bank. He was one of the casualties of the 2008 financial crash: informed in the modern manner by email that his job was no more while promoting his wine at the London Wine Trade Fair at London's ExCeL Centre. Aynard then had a period as export manager for Ampelidae in Haut-Poitou before becoming in charge of export for Vignobles Austruy with estates in Provence (Commanderie de Peyrassol), Bordeaux (Château de Malescasse), Tuscany (Tenuta Casenuove) and the Douro (Quinta da Côrte).

Now Aynard has an exciting new challenge running AREV, which was founded on the 20th June 1988. The organisation represents wine producers and the wine trade across the EU.

Last Thursday (28th May) I cycled the short distance to the Clos du Porteau to ask Aynard about the AREV and his new role.

What is the role of the AREV?

Aynard: "It was founded 30 years ago and it provides the wine producing regions with a voice to the European Commission and the European Parliament as well as countries outside like the United States, for example. We examine and explain the consequences of proposed political measures and political decisions. There is a danger that wine producers can be forgotten. For example all the CAP subsidies used to go other sectors of agriculture with grain and animal husbandry prioritised.

There was no reason why wine producers should have been excluded. From 2015, through the efforts of AREV, a small proportion of the CAP budget has gone to wine growers, who get a grant of 30% towards investment in equipment – new presses, a new tractor, for example – with the producer finding 70% of the cost. Being able to invest in new equipment is particularly important for small producers, who will never be profitable if they do not invest in new equipment. These grants have made a big difference in countries like Spain and Portugal.

One example of a successful AREV campaign was in opposing the liberalisation of vine planting rights. When the current EU trade commissioner, Phil Hogan, was the EU commissioner for agriculture and rural development he wanted to abolish plantation rights and to have no limit on vine plantings and no limit on where they could be planted. This the AREV believed would lead to hyper-capitalism with huge plantings in valley floors leading to low quality wine sold for low prices, which would have had a catastrophic effect on the appellation system and would have destablised the wine trade.

Using their three analysts, who are based in Brussels, AREV showed the likely consequences, including the social ones, of complete abolition. Hogan was persuaded to pull back, which saved the fate of the European wine business.

The AREV, which has no political colour, makes sure that the European wine industry's views on policies like the Farm to Forks Strategy are put to Brussels both to the EU Commission and to the Parliament. This is done through consultations and contact with the 27 countries in AREV that represent 50 wine producing regions.


In the Loire, example, the AREV is in contact with the regional governments – Pays de la Loire and Centre Val de Loire – as well as the regions' wine organisations – InterLoire and the BIVC (Bureau Interprofessionnel des Vins du Centre).

It is crucial that the importance of the wine industry is not under-estimated:  economically, socially and environmentally.

Aynard: There has been a certain loss of momentum over the last ten years due to internal French disagreements, which have now been resolved through retirement. We are now a team of five full timers including three analysts plus a part-time secretary. We will have a new website by the end of June. The current one is outdated and not fit for purchase. It is better to have a site that works properly even if it only has a couple of pages and it has to be easy to navigate.

Clos de Porteau
Aynard and Isabelle have been joined by their daughter Hermine at the Clos du Porteau. As a winemaker she has worked for Champagne Gosset and the Commanderie de Peyrassol. Given the demands of Aynard's new post she will be taking the leading role at Porteau. The domaine currently has 12 hectares in production, and is looking to increase to 20 hectares through replanting as well as looking for vines to rent or buy in Montlouis.

The domaine is in conversion to organic viticulture. Hermine is keen to make changes so there will be some orange wine, petnat and some wines without sulphur, especially the Gamay. All the reds will be picked into small boxes. Gravity will be used in the winery with pumps banned and the reds will be made in untreated concrete tanks with their slow air transmission in preference to stainless steel tanks. 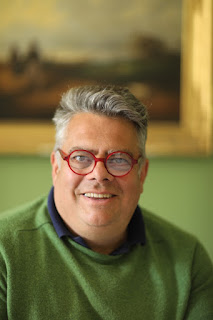