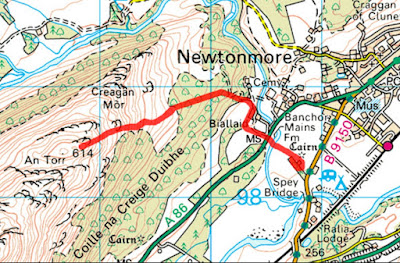 
One of the highlights of Newtonmore's Highland Games is the Creag Dhubh hill race from the Eilan, Newtonmore's shinty ground up to the An Torr peak and back down. The clear winner was 44-year-old Phil Mowbray in 32.01, which was the slowest time for many years. Mowbray came in 17th last year, his only previous run in this race. However, his time (31.43) was faster than his winning time this year.

Fourth overall was Tessa Strain, who was the first woman in a time of 34.44. This is the fourth fastest time for the winning woman since 2006. Impressively it was Strain's first recorded Scottish hill run. She crossed the river, on the way back in fifth place, but overtook Robbie Cant on the run in. 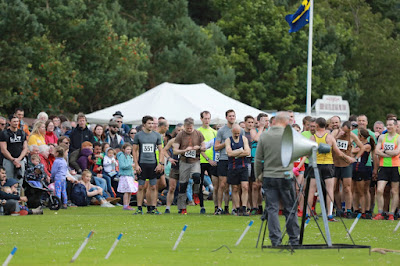 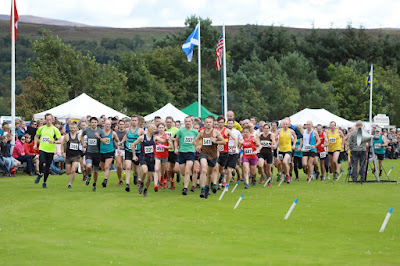 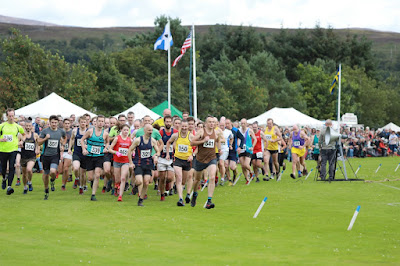 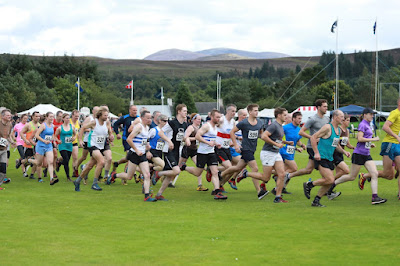 Initial circuit of the Shinty Field
before heading up the hill 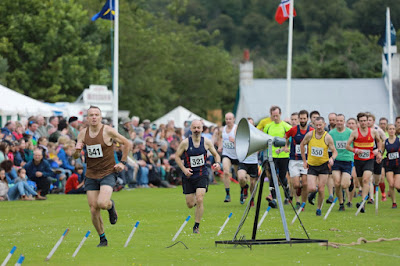 Heading out to the mountain 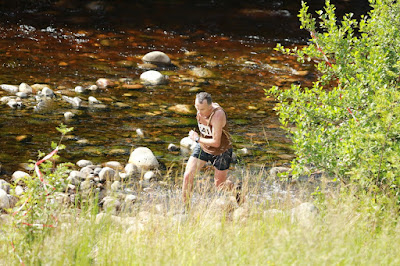 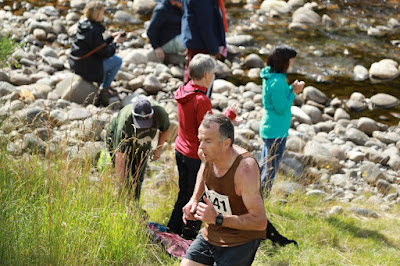 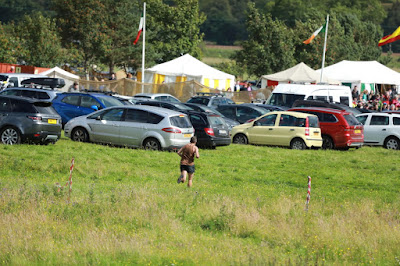 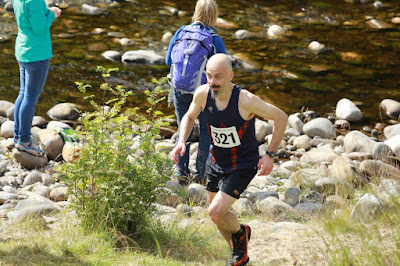 321 finished in second place but well behind the winner 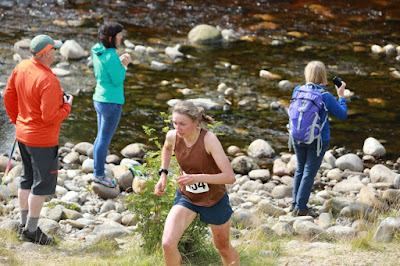 Tessa Strain (454) was the fastest woman coming in 4th overall 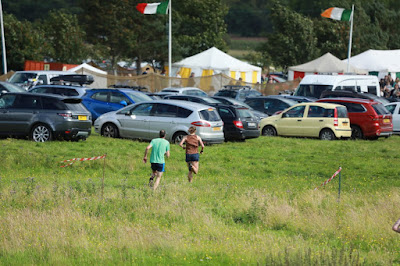 Strain overtakes Robbie Cant (357) on run in to finish