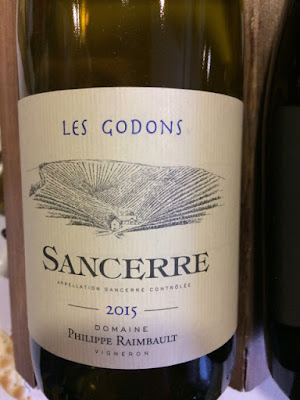 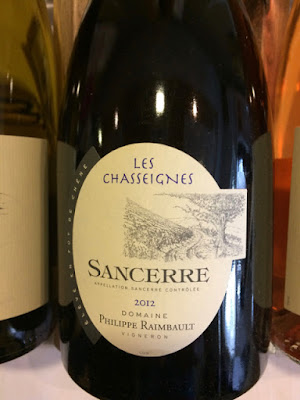 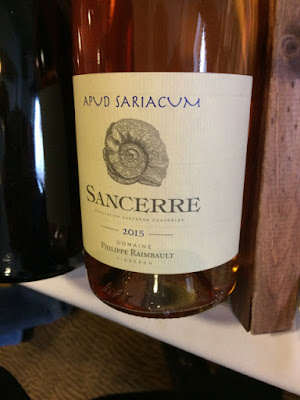 Daniel Lambert of the eponymous Daniel Lambert Wines is clearly not a man to rush into things. The wine company was founded in 1992 but it was only on Tuesday – 25 years later – that Dan held his first trade tasting using the recently opened Novotel near Paddington Station.

Among the wines I tasted were three Sancerres from Domaine Philippe Raimbault of Maimbray in the commune of Sury-en-Vaux. The wines were presented by Lynne Raimbault.

The estate has 16 hectares of vines: 10 in Sancerre, four in Pouilly-Fumé in the commune of St-Martin-sur-Nohant to the east of the PF appellation. This commune also includes Château de Favray and vines belonging to Emmanuel Charrier. They also have two hectares in the Coteaux du Giennois at St Père near Cosne-sur-Loire.

First up – the 2015 Les Godons, Sancerre from vines in Maimbray, the commune that also includes Pascal & Nicolas Reverdy, the Roblins and Pascal Joulin with Domaine Michel Vattan. The 2015 has the ripe fruit and concentration that is typical of this vintage with a lightly grassy character.

Next the 2012 Les Chasseignes from vines in the commune of Sancerre to the left of the main road to Bourges. This oak fermented cuvée –30% new barrels – is only made in selected vintages – not in either 2015 or 2016. The 2012 is drinking well now with attractive texture and showing some evolved character with the oak well intregrated.

I also tasted their 2015 Sancerre Rosé. There is a Sancerre Rouge from the Les Godons vineyard but this wasn't shown. On the whole the UK hasn't got its head around red Sancerre, despite the progress that has been made over the past two decades.

Unfortunately due to the severe April frost the domaine has not made any Pouilly-Fumé or Coteaux du Giennois in 2016.
Posted by Jim's Loire at 22:02

Les Godons is an old French word for the English (it is said to come from the expletive God-damned).

Presumably because some of the slopes around Maimbray are decidedly steep.