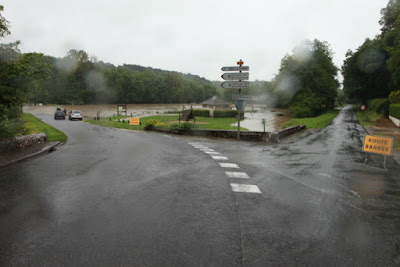 Almost continuous heavy rain since around midday on Sunday has caused the Epeigné-les-Bois' plan d'eau to overflow and make the D81 between Epeigné and Cère-la-Ronde impassable.

The heavy rain has caused flooding and with some landslips in Chissay and Loches and elsewhere. 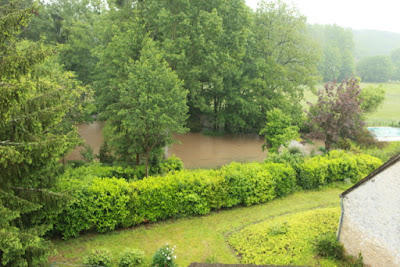 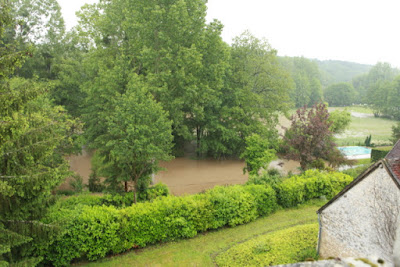 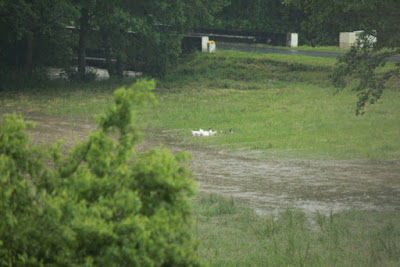 Geese or swans in centre of picture enjoying the conditions 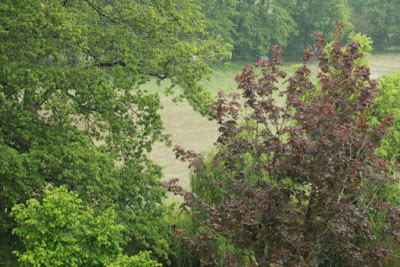 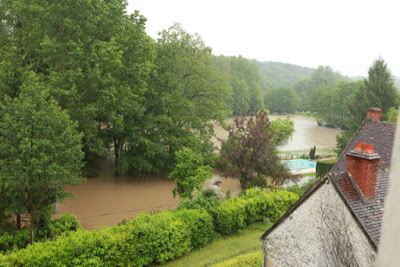 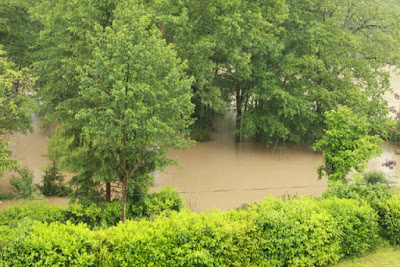 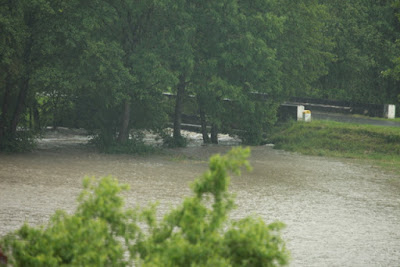 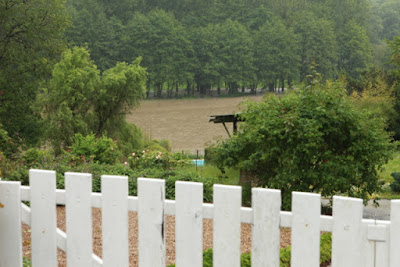 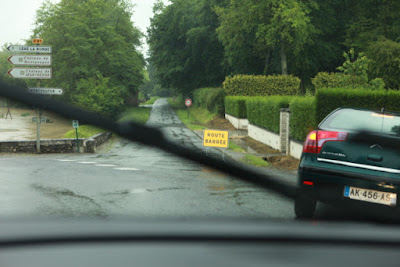 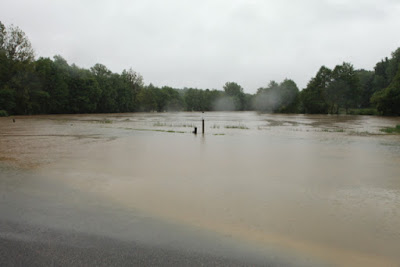 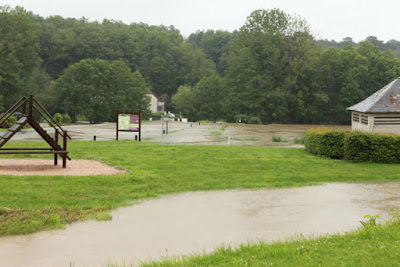 Water flowing over the road – D81 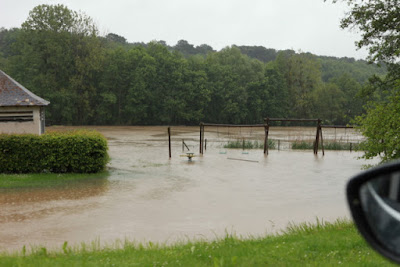 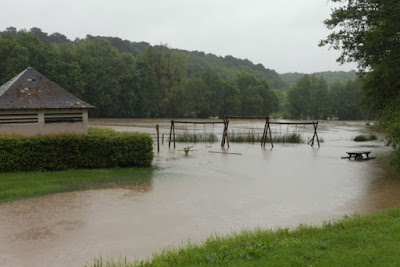 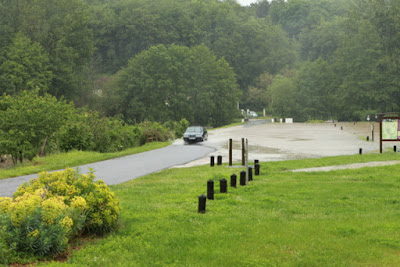 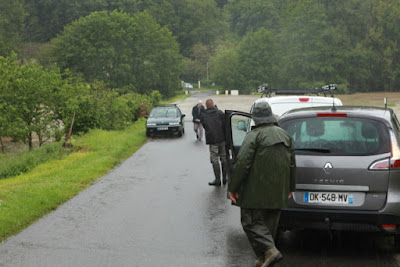 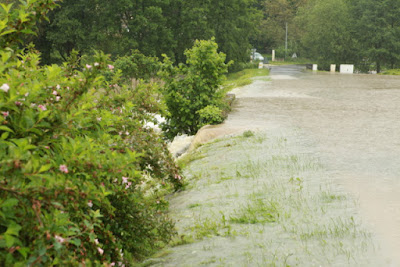 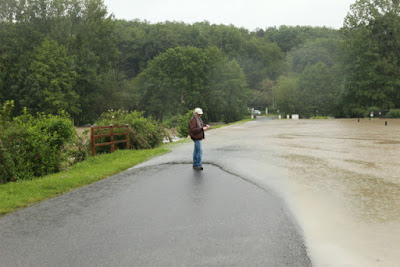 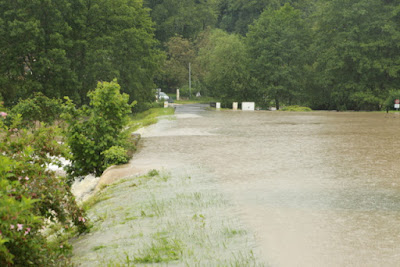 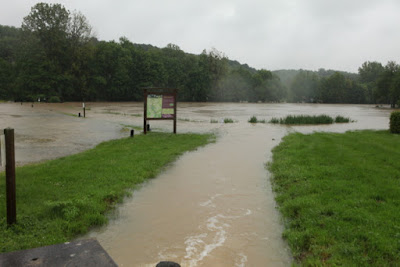 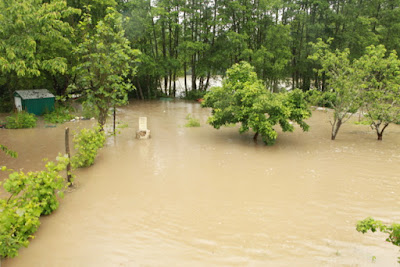 The flooded allotments – will anything be salvageable 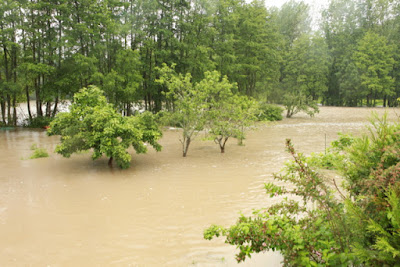 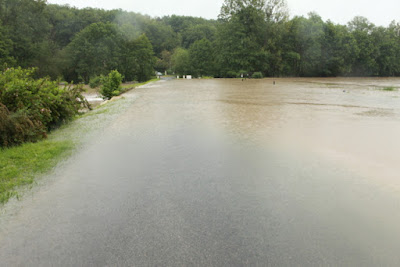