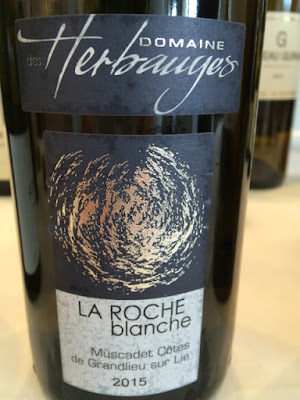 La Roche blanche, 2015 Muscadet Côtes de Grandlieu sur lie from Lay & Wheeler closed with a screwcap. At £7.90 from Lay & Wheeler this attractively saline Muscadet with good concentration respresented one of of the best value wines in this Majestic/Naked/Lay & Wheeler tasting. To enjoy now but also with the potential to age.


On Friday Majestic held their summer press tasting at Kings Place near Kings Cross. Although I have been to several concerts in the venue's basement, this is the first tasting I have been to at Kings Place. It was held on the ground floor in an attractively light and airy room overlooking the canal. 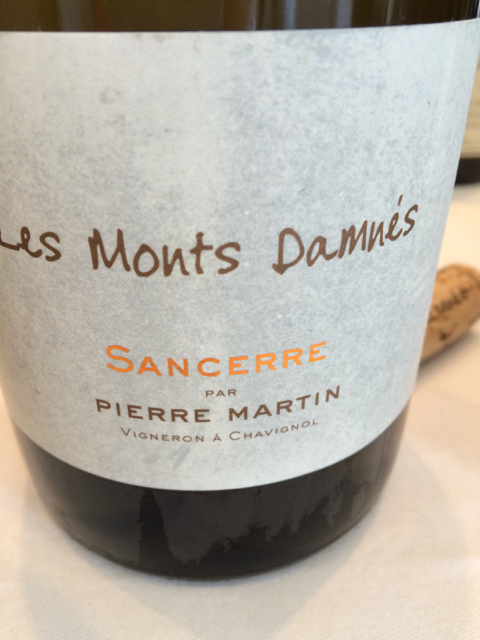 2014 Les Monts Damnés, Sancerre, Pierre Martin, Lay & Wheeler £18.70. Pierre Martin is a very good young producer in the little village of Chavignol close to the town of Sancerre. To the north Chavignol is dominated by the steep slopes of Les Monts Damnés – the damned slopes because they were and are so hard to cultivate. 2014 is a very good vintage and this will benefit from a little more time in bottle as it is currently a little closed in the finish. 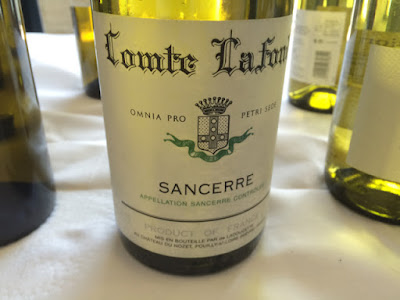 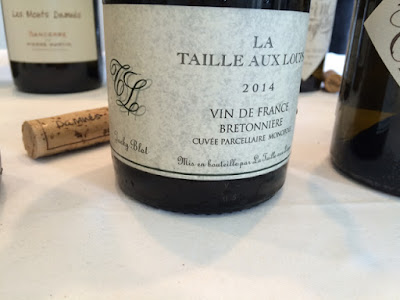 Wonderful 2014 Vouvray Bretonnière – called Vin de France due to Clochemerle stupidity and petty jealousies. Some honey, toast, weight, length and balance – should age beautifully. £22.30 from Lay & Wheeler seriously good Loire Chenin Blanc. The 2015 Vouvray Cuvée de Perruches, Domaine des Aubuisières from Bernard Fouquet was another very good Vouvray and at a great price – £9.99 a bottle or £8.99 for mixed case of 6. 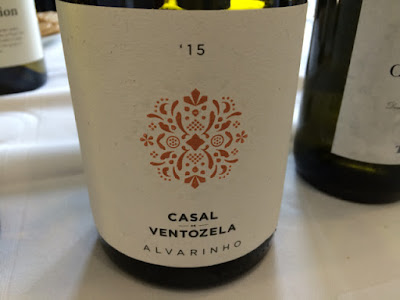 There were a number of rather bland and anonymous whites in this tasting. However, the 2015 Alvarinho from Casal Ventozela from Portugal's Vinho Verde region stood out being delicious and with real character. Good value at £9.99 a bottle or £8.99 for mixed case of 6. 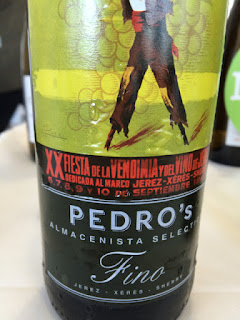 Good Sherry remains a great bargain and this Pedro's Almacenita Fino is no exception. Lovely yeasty character for £10.99 a bottle or £9.89 for a mix of six. 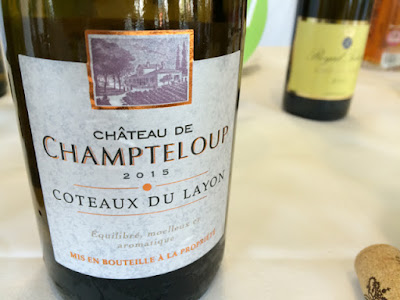 From Grands Chais de France this Château de Champteloup is a delicately sweet Coteaux du Layon for £10.99 or £8.99 for a mix of six. Would make a good apéro or with rich chicken and pork dishes – also blue cheese. Likely to struggle against most desserts.
Posted by Jim's Loire at 18:16