The 29th edition of the Salon des Vins de Loire closed its doors last Wednesday at the Parc Expo in Angers. Any fair that has been held every year since 1987 including in 1992, the year following the devastating frost of April 1991 deserves respect. But is the Salon really still 'la place de marché incontournable de la filière vin ligérienne' as the press release of Wednesday night claimed? Undoubtedly this is a claim that could have been made a few years ago but in 2015? Far from sure!

The main hall of the Salon was noticeably reduced with some of it partitioned off. The organisers claim nearly 9000 visitors to this edition. Is this unique visitors or visitors, who were counted each day they attended? It was noticeable that on the Wednesday there were a number of student visitors. Good that there is interest from the younger generation but a bald figure of nearly 9000 visitors doesn't tell us very much.

Most of the journalists present were from France plus a number from Belgium including Les 5's Marco & Hervé. I saw Alice Feiring at the Renaissance tasting on Saturday but didn't see her at the Salon. Instead I guess she headed for La Dive Bouteille event at Saumur. Otherwise I didn't see any other journalists from America. As has become customary over the past few years the only two UK journalists at the Salon were Chris Kissack (The Wine Doctor) and myself. This year budgetary constraints meant that Chris and I had no financial support for our hotel. In previous year the Salon has paid for one or two nights at the Hotel du Mail, where I have stayed for at least 15 years now. Had we moved to the Mercure we could have had a night or two but we preferred to stay put in our favourite hotel in Angers. C'est comme ça!

Of course it is not all bad news. Tasting the 2014 vintage confirms the promise of the harvest last September and October. The reds have ripe fruit and attractive texture. The dry whites are similar with attractive fruit with good balancing acidity. The sweets are the best since 2010 and 2011. Although it is still early I doubt if the 2014 sweets are at the level of those two very fine sweet wine vintages but there will be some attractive wines nevertheless – probably less concentrated but well balanced.

It was good to see La Levée de Loire, the organic producers, attached to the Salon over three days rather than having a one-day Salon in the centre of Angers. la Levée clearly gained by this with 123 exhibitors compared to the previous 90 and 2077 visitors against 400-500 that attended each of the first two editions. It was a pity that La Dive Bouteille held their tasting in Saumur on the Sunday and Monday as it would have been good to see all the offs and the Salon together in Angers.

As usual the Renaissance tasting on the Saturday and Sunday before the Salon was crowded. This was in marked contrast to the first edition of Demeter, which was embarrassingly empty when I dropped in on Saturday afternoon. Hardly surprising as they had done zilch promotion!

Where does the Salon go from here?

The dates for 2016 – the 30th anniversary edition – are fixed – Monday 8th - Wednesday 10th February at Parc Expo, Angers. This is a week later than normal. There have been suggestions that the Salon should just be over two days, that it should move to Paris, be held once every two years, or that there a Grand Nord tasting in Paris – the northern version of Vinisud. A suivre! 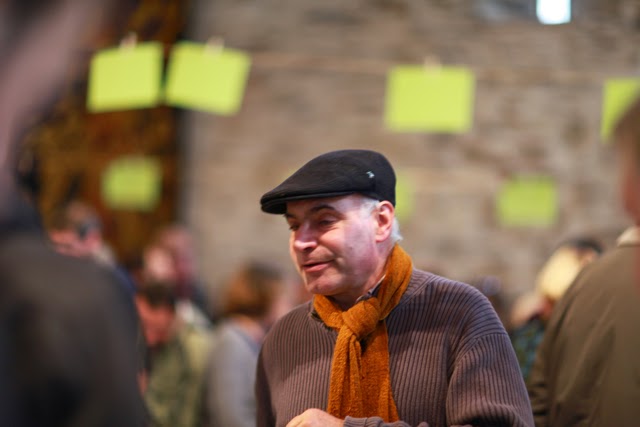 The Angelic Mark – the high priest of Renaissance 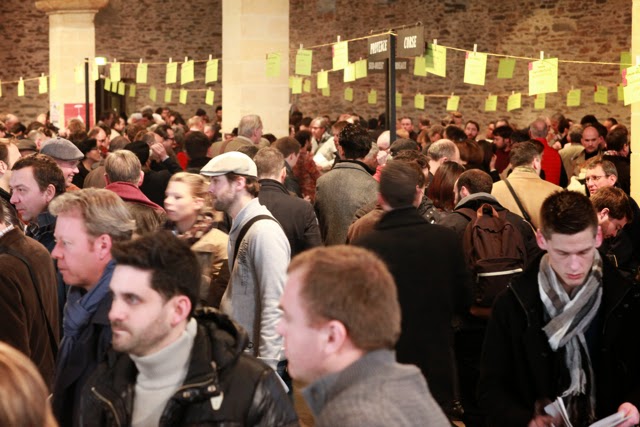 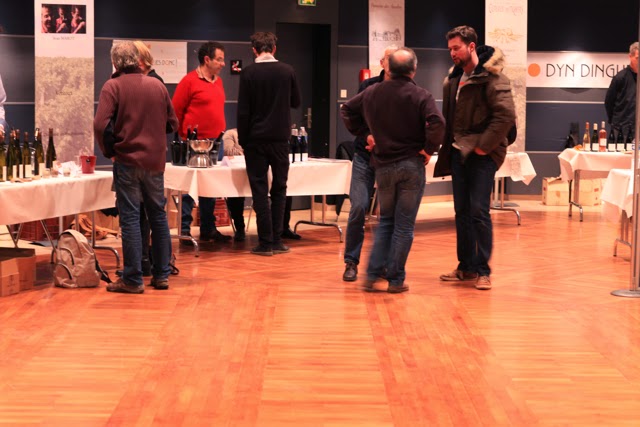