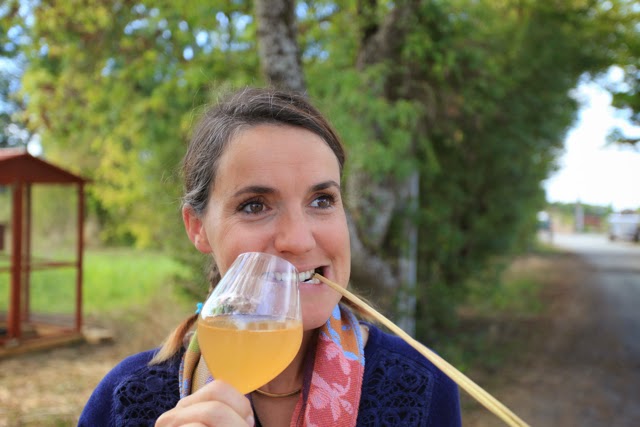 It is an immutable law of nature that there comes a time when even the most cutting edge, starry movement slows and is overtaken by something new. Last Thursday we had the good fortune to discover that this may well now be underway in Muscadet Sèvre-et-Maine. There is now a palpable sense that biodynamics is beginning to appear jolly fatigué! 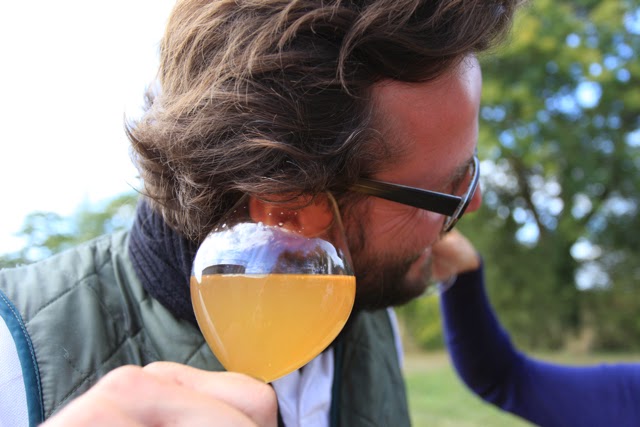 Eco-Luneau is a return to hallowed traditions and values, including one long forgotten aspect of wine – its sound.

Trail-blazer Pierre-Marie Luneau (Domaine Pierre Luneau-Papin) explains: "We have forgotten how to listen to wine. Of course, the sight, aroma and taste are very important but we must never forget the sound of wine – the fourth sense. Unfortunately all the current wine notation systems, including of course the 100-point scale, concentrate exclusively on the three senses ignoring sound so only assess a part of a wine's qualities." 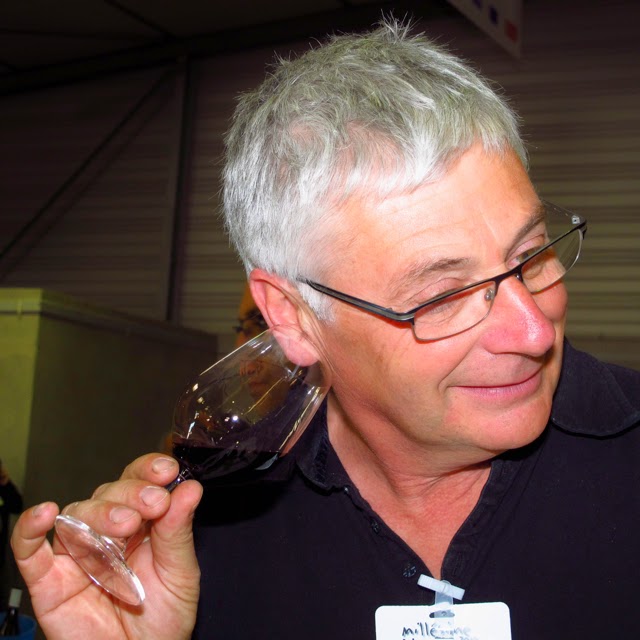 Pierre-Marie acknowledges the pioneering and inspirational work carried out by Pierre Clavel into the audiology of wine over the past few years. 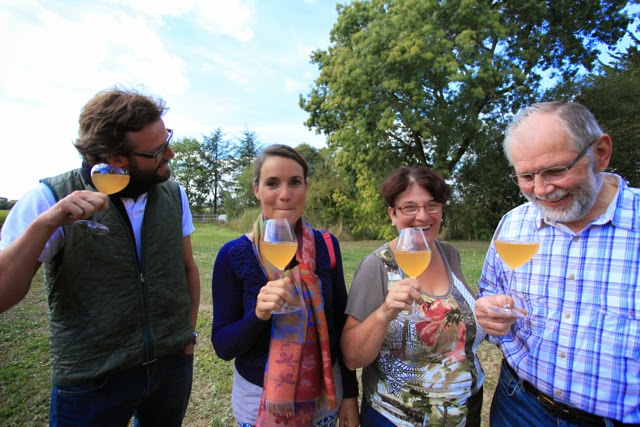 The Luneau family with their promising 2014 Muscadet Sèvre-et-Maine:
Pierre-Marie, Marie, Monique et Pierre
(above and below) 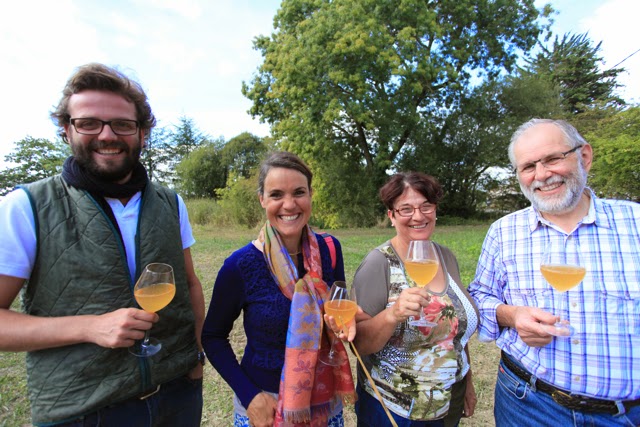 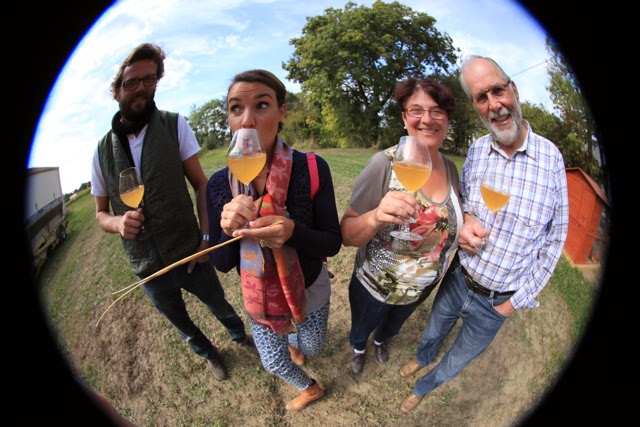 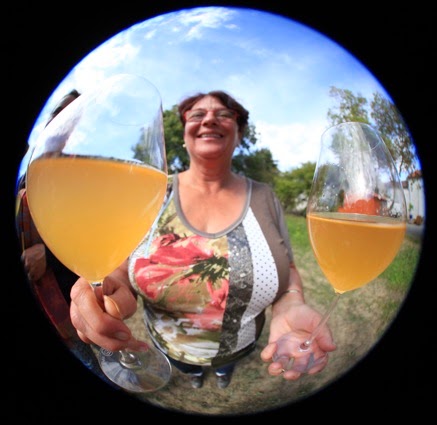 Monique Luneau with a stereo of 2014 Muscadet Sèvre-et-Maine 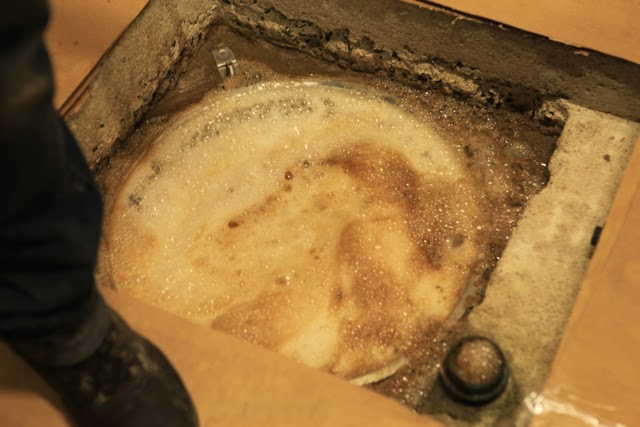 Muscadet Sèvre-et-Ligeoise:
there will be some exciting new flavours
emerging from the Pays Nantais this year