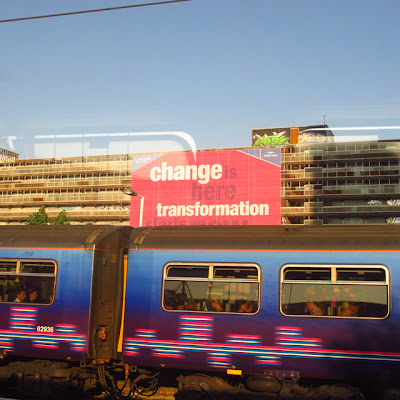 Yesterday I travelled up from Bromley South to City Thameslink on my way to the 2013 Decanter World Wine Awards dinner passing through Elephant & Castle station. The Heygate development, which was built in the early 1970s is due to be demolished and the site redeveloped. Like the nearby Aylesbury Estate, the Heygate proved to be disastrous – a development that has lasted barely 30 years. In contrast the remaining rows of terraced houses similar to those replaced by these huge schemes are still habitable.

Apparently Southwark Council sold the Heygate site to a developer for £50 million and it would seem that there will be few units in the redevelopment that could be classed as 'affordable'. The advertising banner – 'change is here transformation' has been put up by the developer on the Claydon block. 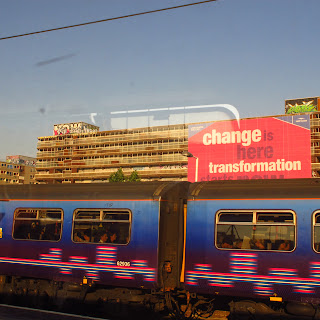 The Heygate and the banner from the Elephant & Castle station 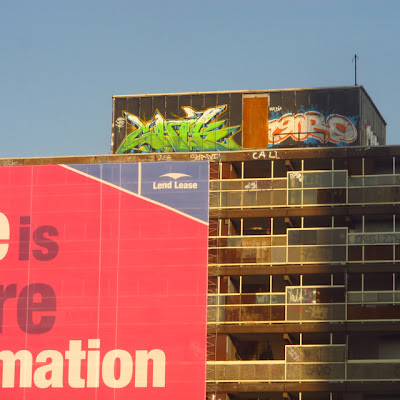 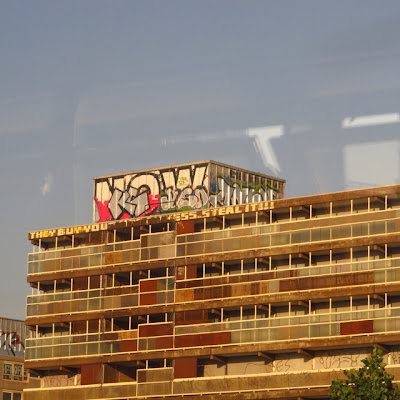 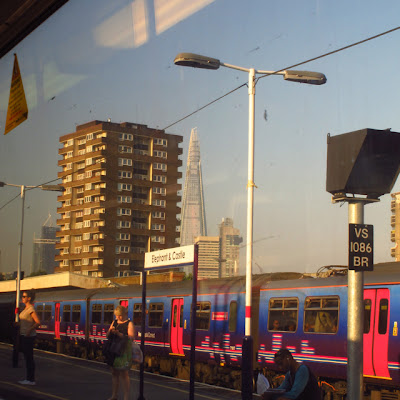 The Shard from the Elephant Station 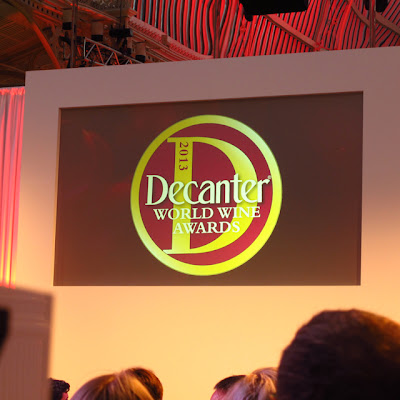 Although sadly neither of the Loire regional trophy wines – 2012 Vin Noble Quincy from Jean Tatin and the 2010 Coteaux du Layon Chaume from Château Soucherie won an international trophy – both of the producers, I sat next to, did. Angel Sequeiros, Albariño Foudre, Rias Biaxas, Spain 2010 won the white single varietal over £15, while Barone di Valforte, Montepulciano d'Abruzzo 2011 won the Red Italian Varietal under £15.

Jim, anecdotes make my life happy, as you know. When a youngster, I used to tour Britain on a motorcycle during my holiday, my brother sharing this pleasure (two bikes needed for the camping gear). Elephant & Castle was an area where lots of motorcycle shops were found (is it still so ?) and we used to ramble there as biking equipment was much cheaper in UK than in Belgium. So we got interested in its name, only to discover it was an alteration of the local inn’s sign “The Infant of Castille”, densely frequented in ancient times. Most Londoners will know that but, as for others, this item of information may be amusing.

Luc. As far as I know the motor cycle shops have long disappeared. The Elephant and Castle name supposedly comes from the Infanta of Castile but if you do a google search there are doubts as to whether this is correct.

Gosh, everything changes nowadays. No bikers supply shop, no infanta (with an “a”) and bloody cuttlery propaganda instead. Thank you for keeping me up to date, Jim. This is one more out of the 1855 good reasons to read you.

Luc. Don't forget that from 19th September the company name 1855 is due to change to Heracles – becoming an heroic scam and reading me will become an 'heroic' task!