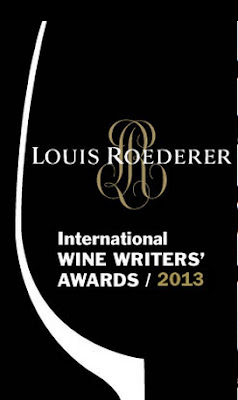 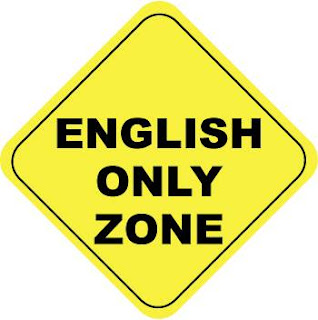 Many congratulations to all the Roederer winners. Good to see that the Chairman's Award went to Neal Martin's Pomerol. Due to the phenomenal Wine Grapes prizing winning juggernaut (richly deserved success) other good books have been crowded out during the 2013 award season.

'On 11th September 2013, London - Champagne Louis Roederer and the Judges of the 2013 Louis Roederer International Wine Writers’ Awards announced the winners of this year’s competition. The presentation took place at The Royal Academy of Arts on London’s Piccadilly and was attended by wine writers, journalists, members of the wine trade and publishers from around the world.

CATEGORY 6 – INTERNATIONAL WINE COLUMNIST OF THE YEAR 2013
Francis Percival: Columns from The World of Fine Wine

The Panel of Judges


Chaired from 2005, the inaugural year of the competition, until 2008 by Stephen Spurrier, President of the Circle of Wine Writers, distinguished and award-wining commentator and consultant editor of Decanter Magazine, the LRIWWA is now in its ninth year and has been chaired since 2009 by Charles Metcalfe.

Charles Metcalfe
(Chairman of the judges)
Author of numerous books including the Award-winning Wine and Food Lover’s Guide to Portugal, Wine Writer, Presenter, Co-chairman of the International Wine Challenge, and occasional blogger thewinesinger.blog.co.uk

Susy Atkins
Susy Atkins is the wine columnist for the Sunday Telegraph Stella magazine, the drinks editor of Delicious magazine and a regular presenter on BBC1's Saturday Kitchen. She is the author of eight wine and drinks books, and for several years was co-editor of the Which? Wine Guide. Susy regularly speaks on wine at tasting events and food festivals across the UK. Susy has won the Glenfiddich and Lanson awards for her wine writing, was the IWSC Communicator of the Year 2004 and last year won the Food and Travel Magazine Readers' Award for best drinks book.

Andrew Jefford
Andrew Jefford has been writing about wine (as well as, less frequently, whisky, beer, travel, tea, food, philosophy and perfume) since 1988. He is currently a columnist and contributing editor for both World of Fine Wine and Decanter magazine, and writes a weekly blog column for www.decanter.com('Jefford on Monday'). After 15 months in Australia between 2009 and 2010, during which he was a Visiting Research Fellow at Adelaide University, he now lives with his family in the Languedoc, where he is (slowly) writing a book on terroir in Australia. Previous books have included The New France, Peat Smoke and Spirit and Andrew Jefford's Wine Course. He also writes haiku on twitter (@andrewcjefford).

Anthony Rose
Anthony Rose is the wine correspondent of the Independent and the i newspapers in the UK. He is also a columnist with The Shanghai Daily and contributes, among other publications, to Decanter Magazine and The World of Fine Wine. He teaches the Leiths School of Food & Wine Certificate and trains restaurant staff on sake. He chairs the Decanter World Wine Awards Australia panel and chaired the Decanter Wine Retailer Awards panel until this year and has nosed his way around the world in wine competitions in Australia, New Zealand, South Africa, Chile, California, Japan, China, Germany and France.

Anthony’s awards include the Louis Roederer International Wine Columnist of the Year 2008 and Glenfiddich Wine Writer of the Year 2005. He is a founding member of The Wine Gang at www.thewinegang.com, has a blog on his website: www.anthonyrosewine.com and is on Twitter @antrose33.

Patrick Schmitt
Patrick Schmitt is editor-in-chief at The Drinks Business. He writes for and manages the European and Hong Kong editions of The Drinks Business, as well as the printed product’s website thedrinksbusiness.com. He also chairs the publication’s annual awards programme, including The Drinks Business Awards for product innovations and environmental initiatives, as well as the magazine’s Champagne and Rioja Masters, for which he heads up a tasting panel of wine experts. Patrick has been shortlisted two years running for editor of the year in the business and professional category for the British Society of Magazine Editors (BSME). He is currently studying for his Master of Wine qualification and, as part of this, has been awarded the Esterhazy and Reh Kendermann bursaries as well as the AXA Millésimes and Yalumba scholarships.

Neil Beckett
Dr Neil Beckett began his career as an academic historian. But equally interested in wine, he soon wanted to spend more time down in the cellar than up in the ivory tower. In 2000 he became senior feature writer for Harpers, of which he became contributing editor and for which he wrote a regular column. In 2004 he became the first editor of The World of Fine Wine, an award-winning quarterly review on which he works with Hugh Johnson and Andrew Jefford. Since 2009 he has also been general editor of the Finest Wines series of regional guides, published with University of California Press. He has judged around the world, won prizes for his writing on wine, and is one of the two UK tasters on the Grand Jury Européen.
Posted by Jim's Loire at 08:12

Still pathetic after all these years. Only English speaking writers can compete in a so-called international competition...
Does Roederer know there is more to the world of wine writing?

Hervé – Have amended the title to include Anglophone which I had already included on Facebook etc.