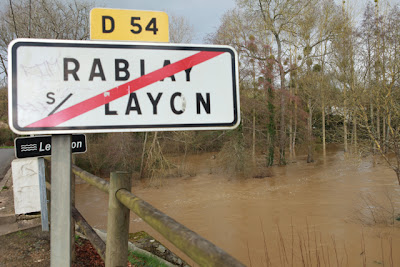 The Layon@Rablay-sur-Layon (above and below): 2nd February 2013 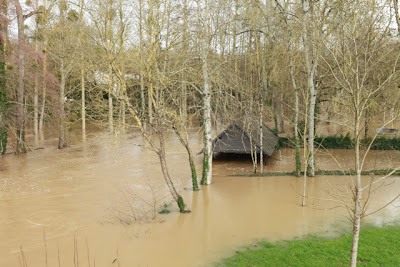 Heavy rain in the latter part of 2012 especially during the month of October when 202mm of rain was recorded at the weather station of Beaucouzé near Angers has swollen the rivers in this part of the Loire. November with 53mm was drier and actually below average for the month, while December (107mm) was higher than normal. 362mm fell in the last three months of 2012 making a total of 786mm for the year. The average over the period 1981-2010 is 693mm. It was the extraordinary amount of rain during October which pushed 2012's rainfall over the average. It also dashed any hopes of making any substantial quantities of naturally concentrated sweet wine.

On the northern outskirts of Angers the Maine has burst its banks but this isn't serious as these are flood meadows. The Layon has also burst its banks at Rablay-sur-Layon and probably elsewhere. 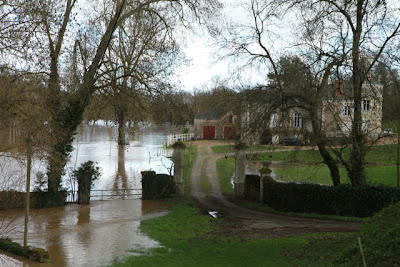 Looking upstream from bridge at Rablay 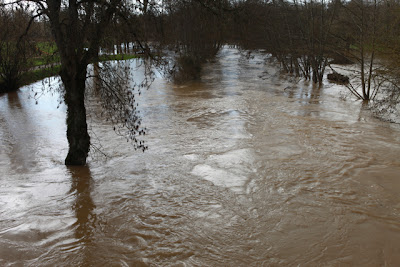 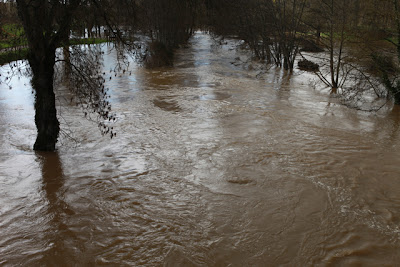 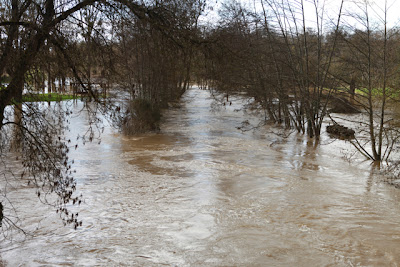 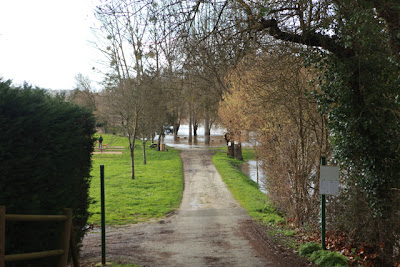 Entrance to the campsite at Rablay 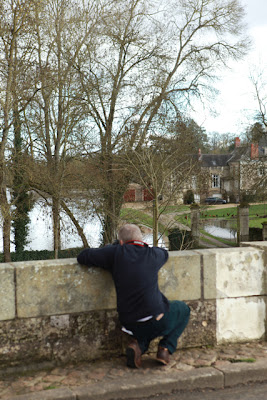 The Wine Doctor making his diagnosis

What a depressing sight, all that horrid brown water.
I hope the house in the picture didn't get flooded.

Roll on the blue skies and sunshine that normally feature in Loire photos.