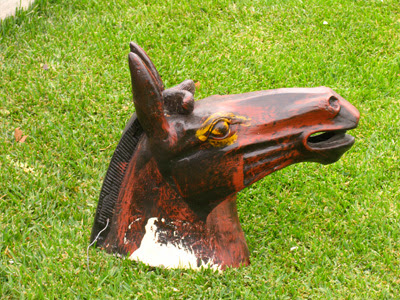 
No, I'm not suggesting that the Baumards have enhanced the flavour of their 'Quarts de Chaume' with horse rather that there are clear parallels with the scandal now engulfing the processed food industry.

The horsemeat as beef scandal is not about taste but mislabelling – misleading consumers to believe that are are buying a product containing beef when it actually contains a proportion of horsemeat. In some instances the only meat in a 'beef' product has been found to be horse.

As far as I know there have been no complaints about the taste of the contaminated meat products. Instead the scandal is about passing off a cheaper meat as more expensive beef – allowing someone in the processed meat chain to make a greater profit than would normally be possible.

There have understandably been expressions of outrage. Here are just two examples: