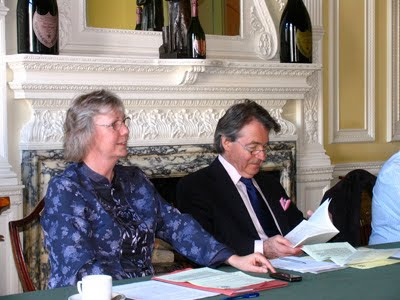 Julie Arkell (retiring chair) and Steven Spurrier (president of the Circle)
The Circle of Wine Writers was founded in 1960 in London by Cyril Ray. In a much changed world it now has around 275 members around the world and is probably the oldest association of wine communicators in the world. I have been the editor of the Circle's newsletter – Circle Update – since 1991.
Here are some photos from the 2010 annual general meeting, which was held on Monday 17th May at the offices of Moët Hennessy in central London. 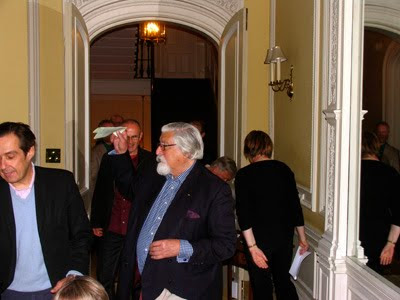 Members arriving and signing in 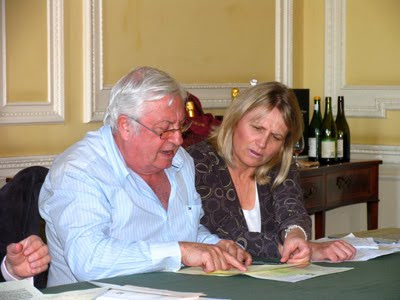 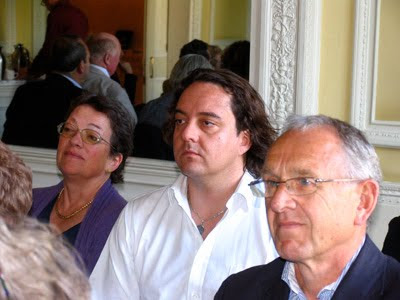 
During its 50 year history the Circle has had some exciting and controversial AGMs but this year was all sweetness and light. Stuart Walton was elected unopposed as the new chair of the Circle succeeding Julie Arkell, who is stepping down.
Posted by Jim's Loire at 12:19

Email ThisBlogThis!Share to TwitterShare to FacebookShare to Pinterest
Labels: Circle of Wine Writers