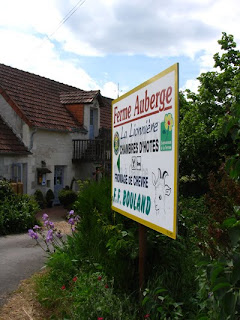 For the second year running the SCI Les Huîtres Pétillantes held their annual lunch at the Ferme Auberge La Lionnière in Mareuil. As it was Mothering Sunday (Fête des Mères) the Menu des Fêtes was served (25€). 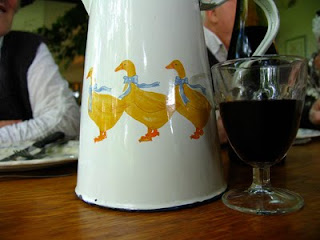 Modération: carafe d'eau
We started with a very tasty salad of lettuce and duck gesiers with a fromage de chèvre 'pakora'. Then a choice of terrine maison or tarte aux fromage de chèvre. For main course we all had the tender young goat in a mustard sauce. Then a couple of goats' cheese and for dessert either a chocolate sponge or a strawberry one. The only disappointing course here is the dessert as the rest of the meal was very flavoursome as always. 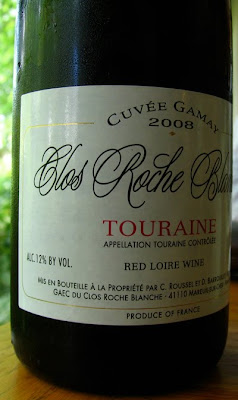 The wine list only has wines from the commune of Mareuil, so after the Kir, which is included on the menu, we had the 2008 Gamay from Clos Roche Blanche.  Frédéric et Françoise Bouland, who run the Auberge, are good friends of Catherine and Didier at the Clos Roche Blanche. The 2008 is showing very well with soft, opulent black fruits particularly when drunk on its own or with the gesiers salad. Interestingly with the paté the Gamay's acidity became more apparent. 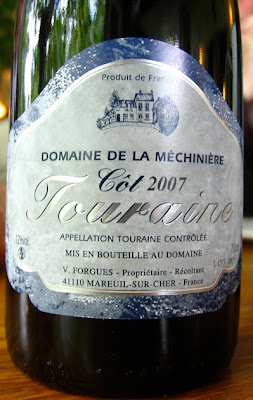 This 2007 Côt changed character quite considerably over the course of the meal. Initially tasted on its own it was very much in the line of 2007 with edgy fruit, quite marked tannins – a character of Côt – and light to medium weight. The terrine and the goat smoothed out the wine out. Then with the goats' cheese the Côt became much richer and more mouthfilling. 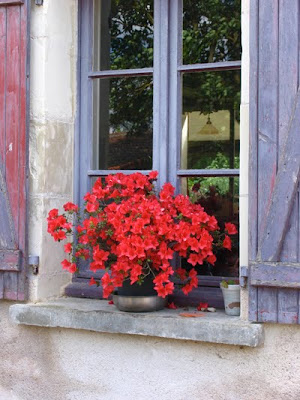 Ken and Walt brought us a bottle of the Domaine de la Méchinière côt a couple of years ago. And who are the Fizzy Oysters?

Les HP (sparkling oysters) is our company that bought the house in Epeigné in 1987.

The last time we had lunch chez les Bouland the dessert was a charlotte aux abricots that was fantastic. And the main course was the tender young goat in a mustard sauce, which was also fantastic.

Ken. The tender young goat was excellent. Hopefully the apricots will be on again sometime.