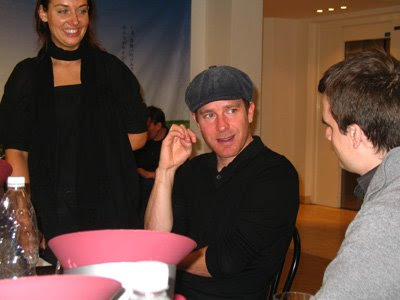 "Sam – you did save the file before it crashed?" – Pierre Pichot and Emmanuelle Galdin 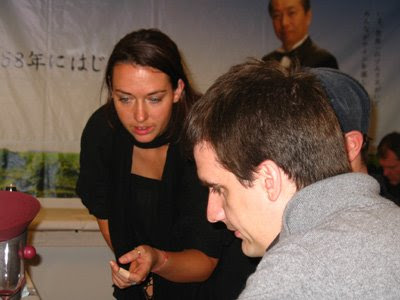 One of the producers, who won't be a 2008 ambassadors, is the normally very good Cooperative of Saint-Cyr, who submitted two samples of 2008 Saumur-Champigny, which appeared to be 50% wine and 50% water. We weren't sure whether they were trying to test the tasting panel or whether they were taking the French government stand on moderation to extremes. 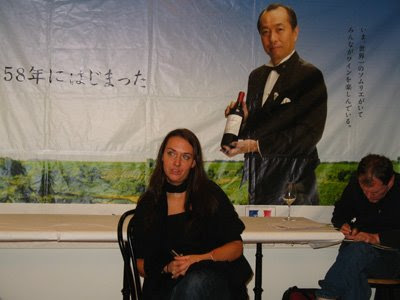 Emmanuelle Galdin, Sopexa UK
Although probably better than last year, sample preparation was a problem with some promising wines eliminated because the samples were faulty – reduction being a particular problem. 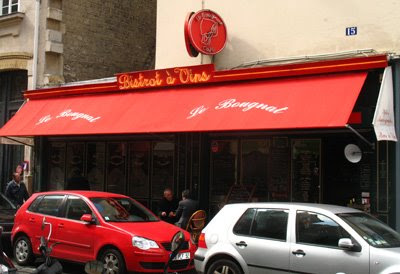 Le Bougnat: good Auvergne bistrot where we had a good lunch yesterday 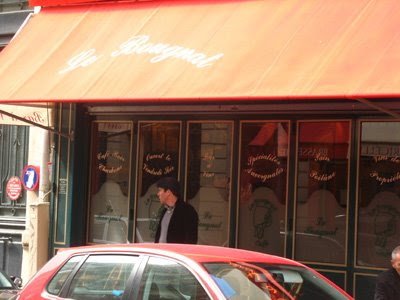 Yesterday we had a very pleasant late lunch at Le Bougnat, an Auvergnat bistrot with specialities from that region including pounti and a range of wines by the glass including Boudes, Côtes d'Auvergne.