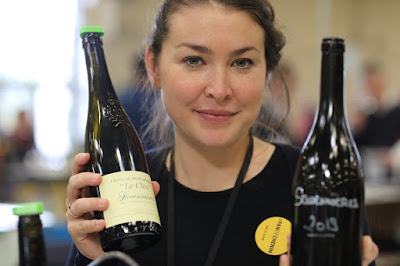 It was good to meet Vanessa Cherruau again. I had met her a number of years ago when she was employed at the ill-fated Château de la Genaiserie (Saint-Aubin-de-Luigné). She left Genaiserie when they ceased to pay her before the domaine collapsed first into administration (2010) and then into liquidation in 2013.

Last year Vanessa put together a group of investors along with herself to buy the 25-hectare Château de Plaisance from Guy Rochais, whose father Henri had acquired the domaine in 1960. Since 1995 it has been farmed organically and is now biodynamic.

Plaisance has 25 hectares of vines spread across 44 parcels in the following appellations Anjou Blanc, Savennières, Chaume and Quart de Chaume. The bulk of the vines are in Chaume with 1.5 ha in Quarts de Chaume and three hectares in Savennières around the Moulin de Gué. There are 21 hectares of Chenin, 2.5 hectares of Cabernet Sauvignon and the same area of Cabernet Franc planted as well as a small amount of Chardonnay. The average of the vines is 40 years old with some vines more than 120 years old. Picking is all by hand. 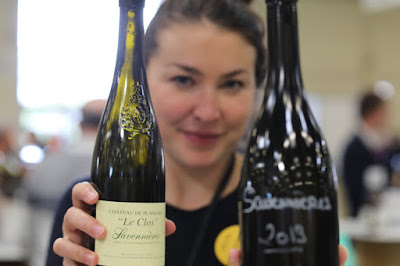 Vanessa is understandably excited by this new project, which was concluded literally hours before the 2019 harvest started. The documents were finally signed at the notaire (lawyer) at 10pm on 12th September and picking Chardonnay started the following morning at 9am! Furthermore, Vanessa was expecting a baby at any moment.

There will be a continued emphasis on dry Anjou Blanc from the Chaume vineyards. I tasted the 2019 from the Butte de Chaume, which was harvested on 18th September. "Our aim is to make a very precise and clean dry wine using no botytised grapes, so picking earlier than was Guy's practice," Vanessa explained.

In 2019 Plaisance's vines in Savennières were frosted both in April and early May and recorded an 80% loss of crop. I tasted the 2019 Savennières, which while unfinished is attractively vibrant and with potential. It is clearly a step up from the 2018 Savennières, which is pleasant enough but not special. Clearly by 2018 Guy wanted out and Vanessa explained that most of the domaine's 2018 was sold off to négociants.

It is good to see another new project in Chaume and Quarts de Chaume joining the recently established Domaine Belargus. 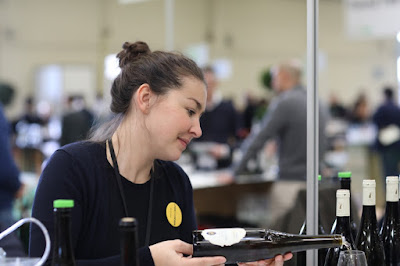